The massive, widespread lockdowns that governments across the world ordered as coronavirus spread proved to be ineffective and costly, according to experts.

The World Health Organization named the coronavirus a pandemic in March and President Donald Trump declared a national emergency days later as the virus spread rapidly around the world. A series of voluntary and government-ordered lockdowns ensued causing economic devastation, which nations are still suffering from, according to The Wall Street Journal.

“We’re on the cusp of an economic catastrophe,” said Harvard University economist James Stock, WSJ reported. “We can avoid the worst of that catastrophe by being disciplined.” (RELATED: Florida Judge Hands Teachers Union Opposed To School Reopenings A Victory)

Stock is currently researching methods that mitigate the spread of the virus that don’t involve large lockdowns alongside Dr. Michael Mina, a Harvard University epidemiologist, according to WSJ.

“We’re harming the economy, waffling back and forth between what is right, what is wrong with a slow drift of companies closing their doors for good,” said Mina who called the U.S. approach to the pandemic a “complete disaster,” WSJ reported. 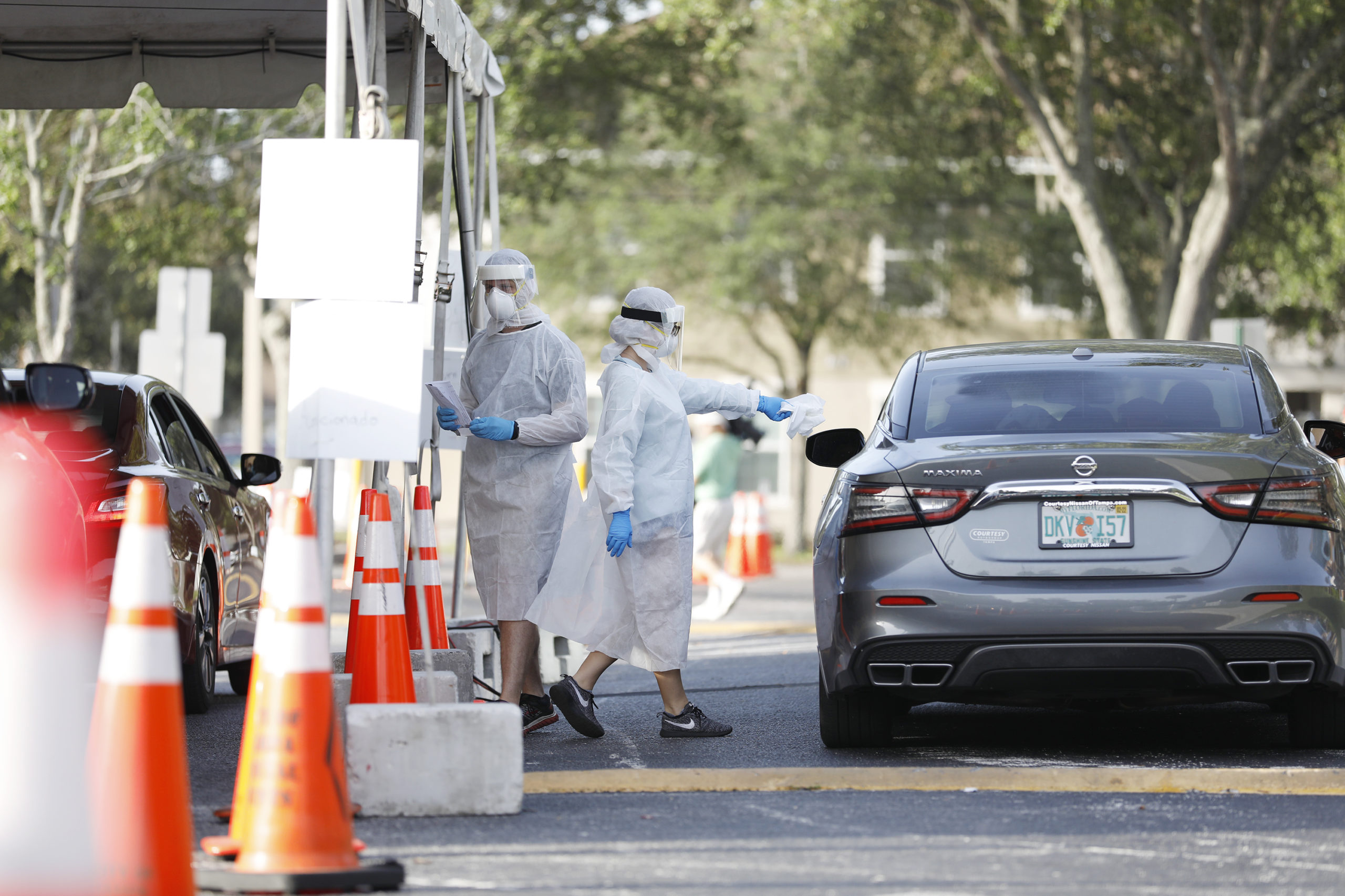 A healthcare worker administers a coronavirus test to a patient at the Lee Davis Community Resource Center on June 25, 2020 in Tampa, Florida. (Octavio Jones/Getty Images)

Mina criticized the inconsistent approach to combating coronavirus in the U.S., which has involved lockdowns followed by reopenings followed by more lockdowns, WSJ reported.

Adopting social distancing policies and focusing on isolating the elderly in nursing homes, who accounted for 45% of U.S. deaths despite representing 0.6% of the population, rather than sweeping lockdowns could have prevented the economic collapse that occurred, according to WSJ. Those policies would have also saved lives.

“If you use all these measures, it leaves lots of room for the economy to reopen with a very small number of deaths,” Stock said, according to WSJ. “Economic shutdowns are a blunt and very costly tool.”