Washington, D.C. police released body cam footage Thursday of the shooting that resulted in the death of black 18-year-old Deon Kay on Wednesday.

The released footage is the from the unnamed Metropolitan Police Department (MPD) officer who shot and killed Kay. In the video after a short pursuit, the officer fired a single shot at Kay who then tossed his own weapon away, MPD Police Chief Peter Newsham said at a Thursday press conference following the release of the body cam footage.

Immediately following the shooting, the officer began a search for the gun while other officers treated Kay, the footage shows. The gun was found 98 feet away from Kay, according to Newsham.

“Where is it? Where is it?” the officer said in the video before telling another officer that he had located the gun.

A police report released Wednesday evening stated that Kay “brandished a firearm.” The body cam footage appeared to show him tossing the gun right before a gunshot is heard and Kay falls.

“It’s really hard to say how a person is going to react under extreme stress,” said Newsham who was joined by Mayor Muriel Bowser. “One of the things that folks don’t know is when a police officer is put into that situation, when they fear for their life that they are going to be shot and killed, they are under stress.” (RELATED: BLM Calls For Protests After DC Police Fatally Shoot Black Man, Two Guns Found At Scene)

“His reaction is probably consistent with normal human behavior, but that remains to be seen,” Newsham added.

The MPD officers involved in the shooting had been investigating reports of a man with a gun in the southeast part of the city, according to the police statement Wednesday evening. As they approached a group, two individuals including Kay fled on foot.

During the pursuit, the unnamed officer fired upon Kay, body cam footage shows. Kay was pronounced dead at a nearby hospital after the shooting, police said.

Additionally, Marcyelle Smith, 19, and Deonte Brown, 18, were arrested and charged for firearm-related offenses, according to the MPD statement. 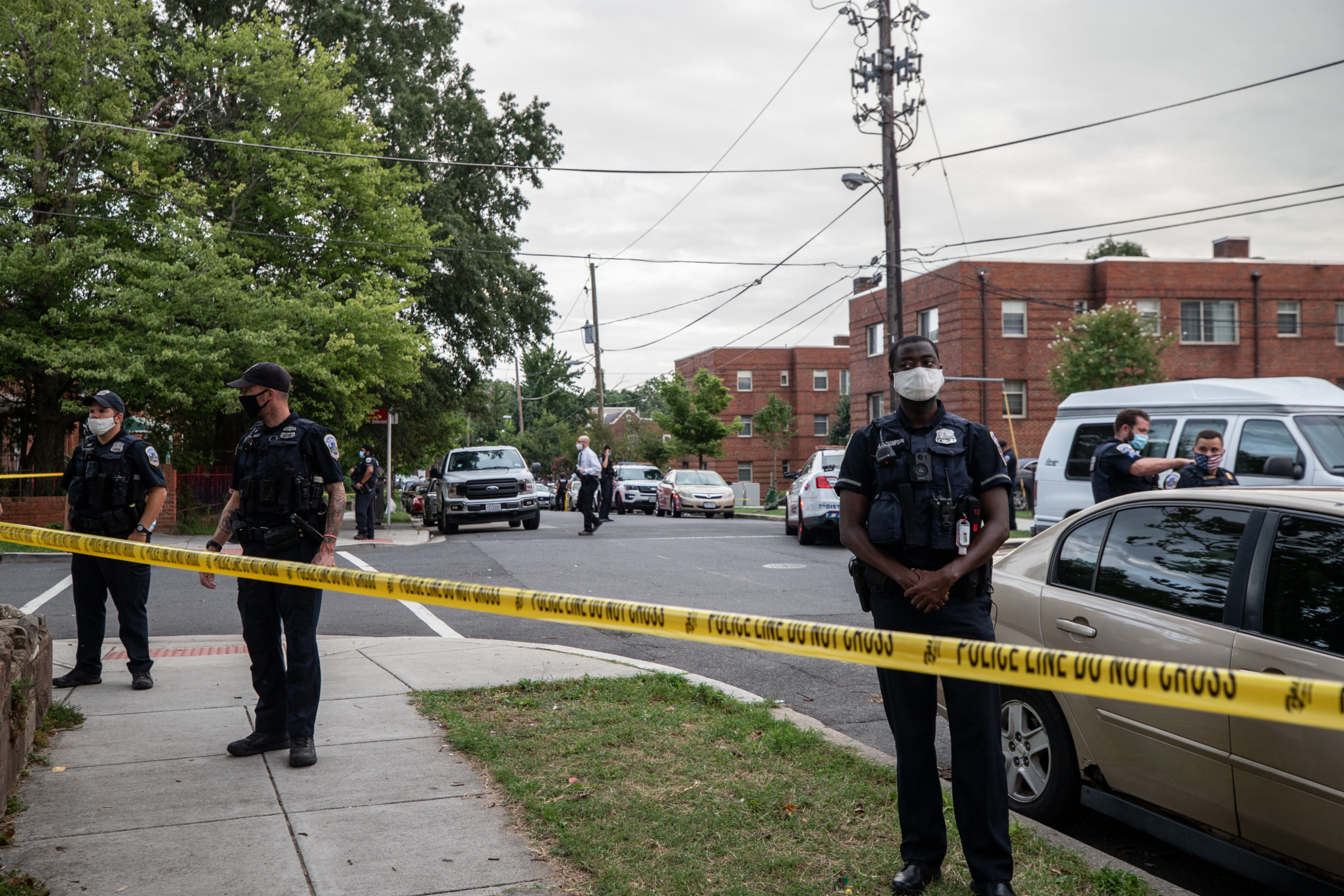 The local Black Lives Matter chapter posted a flyer after the shooting calling for action. The flyer said, “D.C. police murdered a black man today” and called for a 9 p.m. protest in the area of the shooting.

“I would assume that he was shot in the back, which disturbs me,” said D.C. councilmember Trayon White following the shooting.

“I have spoken to his mother, his brother and his sister,” White added. “Right now we really want to make sure they’re good, the community is good because this is a tragedy all the way around the board.”

Protests and riots have occurred nationwide in the wake of the death of George Floyd who died in Minneapolis police custody on May 25 after an officer kneeled on his neck, video shows.