27 riots have been declared in Portland since unrest began following the May 25 death of George Floyd, data from the Portland Police Bureau showed. 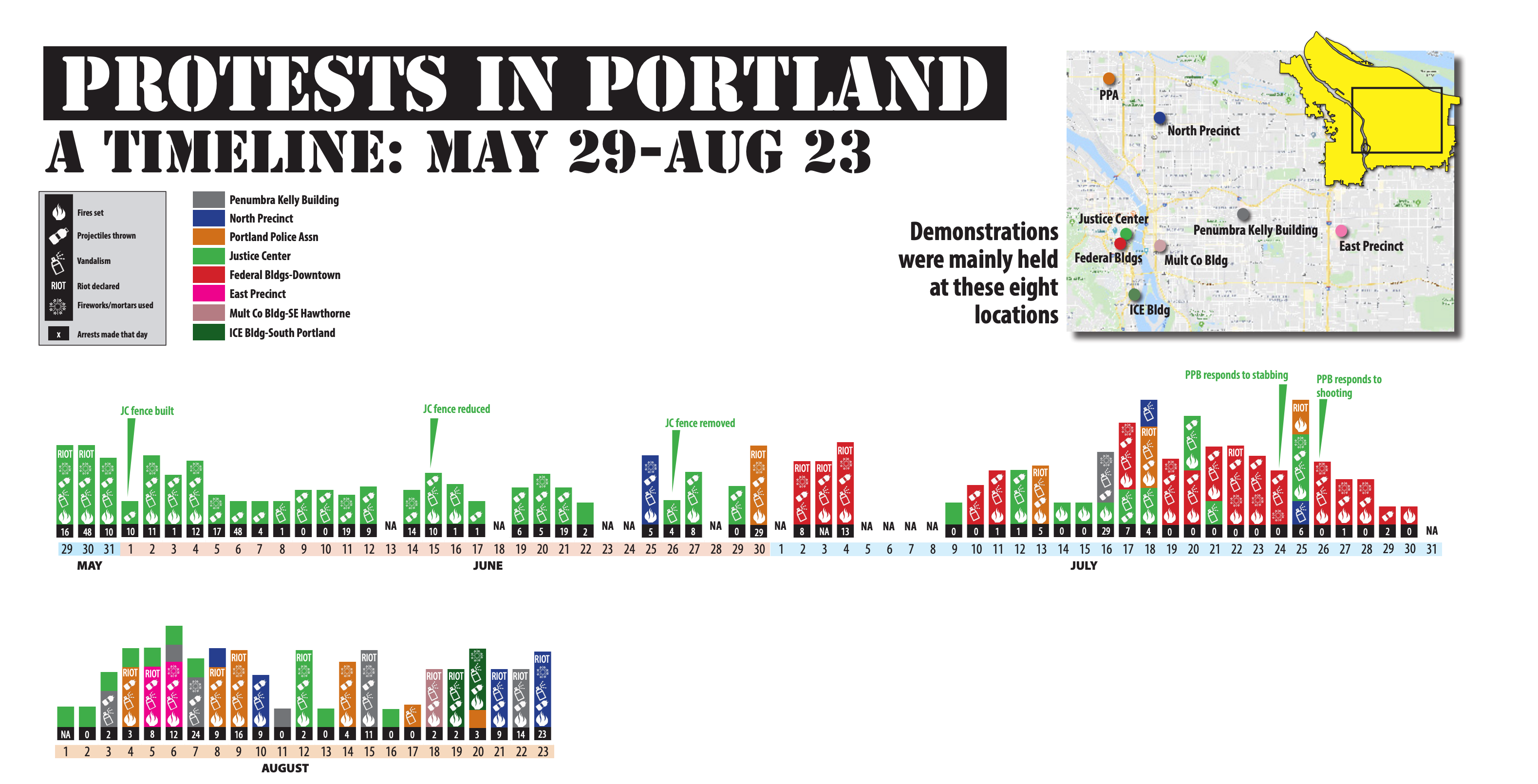 Most recently, a riot was declared Sunday night after the crowd threw rocks and other objects at officers, Portland Police said. The police arrested 29 people and found two loaded handguns, knives, rocks and a baton. (RELATED: Ted Wheeler Warns Protesters They Might Re-Elect Trump If They Keep Trying To Murder Cops)

Unrest has been ongoing nationwide since George Floyd’s death. Portland has seen 95 straight days of protests and some of the worst rioting in the country. Portland’s City Hall was broken into and vandalized, Bibles and American flags were burned, and buildings were set on fire several times.

President Donald Trump has strongly condemned the riots and offered to send federal agents to assist local law enforcement in places that were struggling with unrest, including Portland. Democratic Portland Mayor Ted Wheeler denied Trump’s offer for federal aid Friday, saying that “we don’t need your politics of division and demagoguery.”

Activists have called for defunding the police and criminal justice reform, ideas that have been supported by some politicians. Democratic New York City Mayor Bill de Blasio expressed support for a $1 billion budget cut for the NYPD, which passed June 30.