The sky in San Francisco was not blue Wednesday as wildfires raged across California.

Smoke and ash left the sky a bright orange color, according to SFGate.

“They reported a significant amount of ash,” said Gass. “Almost to the point where it looked like moderate to heavy snow.”

WATCH: Sky over San Francisco turns orange due to smoke from wildfires. Video taken at 10:35 a.m., 4 hours after sunrise pic.twitter.com/V5PQtYdJ7K

Gass claimed the smoke from nearby wildfires has been trapped high up in the atmosphere, casuing the orange color. He also said the smoke is hovering above a marine layer, SFGate reported. 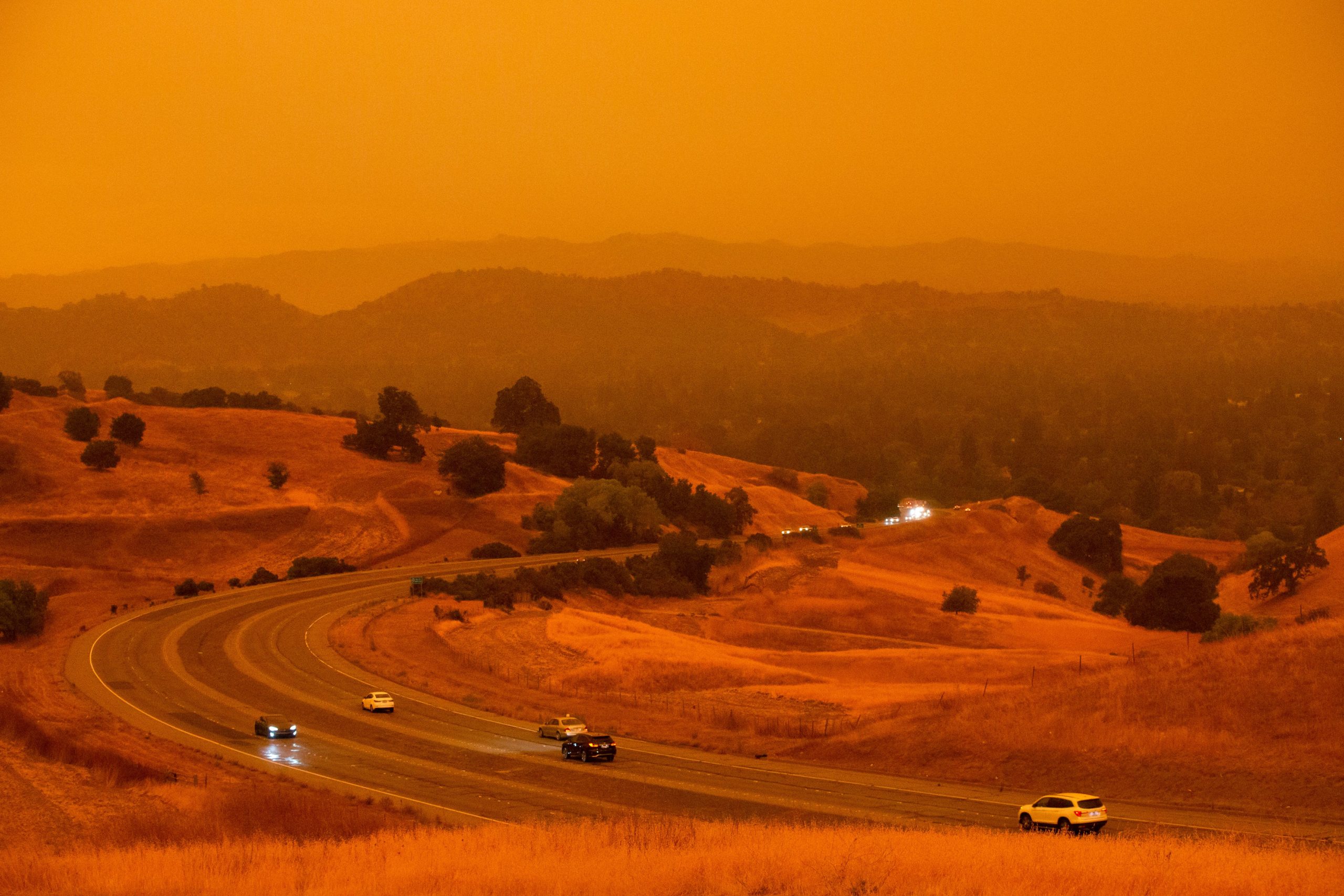 Cars drive along Ygnacio Valley Road below an orange sky filled with wildfire smoke in Concord, California on September 9, 2020, as a hazy-looking Walnut Creek can be seen in the distance through the smoke. – Dangerous dry winds whipped up California’s record-breaking wildfires and ignited new blazes, as hundreds were evacuated by helicopter and tens of thousands were plunged into darkness by power outages across the western United States. (Photo by BRITTANY HOSEA-SMALL/AFP via Getty Images) 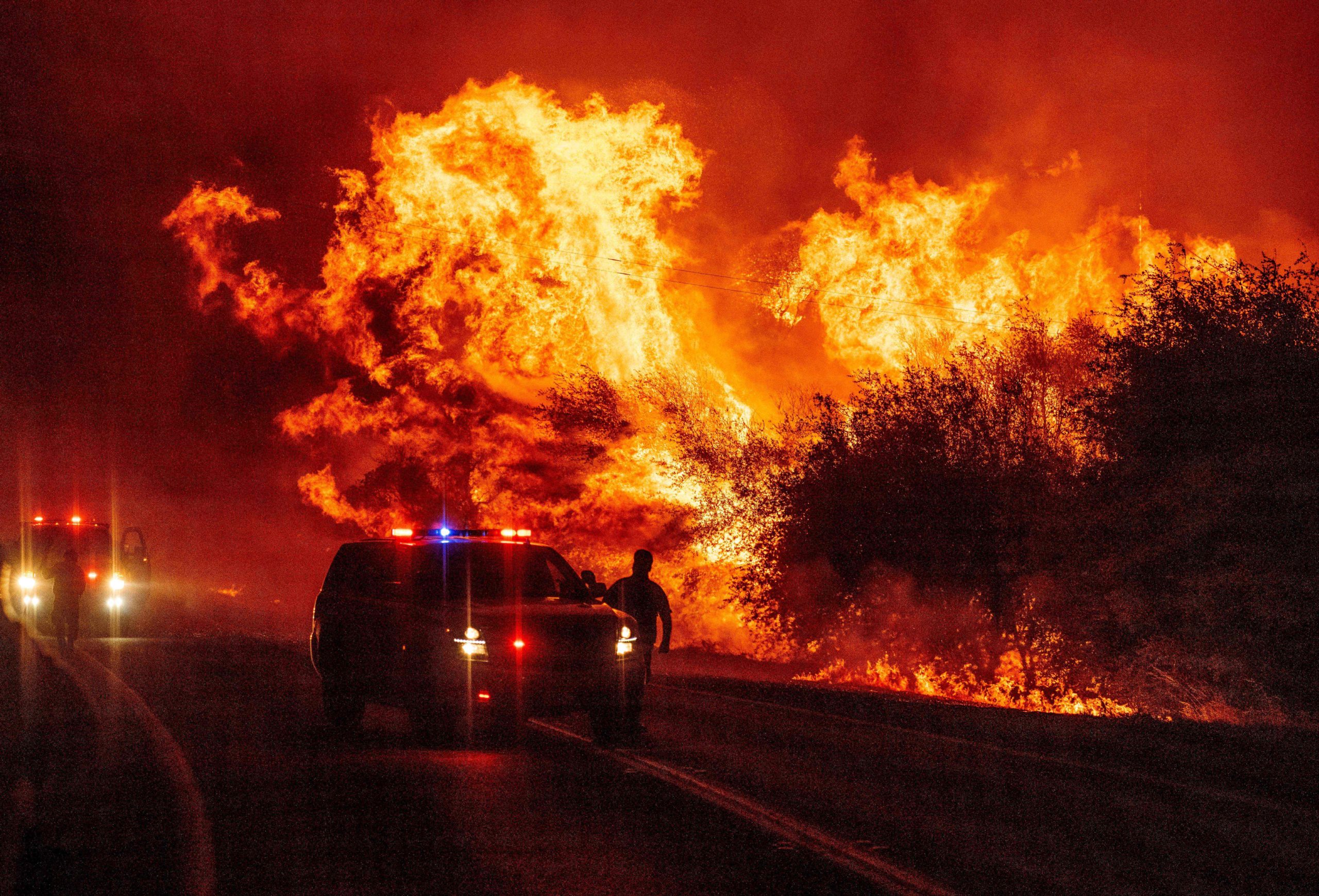 A law enforcement officer watches flames launch into the air as fire continues to spread at the Bear fire in Oroville, California on September 9, 2020. – Dangerous dry winds whipped up California’s record-breaking wildfires and ignited new blazes, as hundreds were evacuated by helicopter and tens of thousands were plunged into darkness by power outages across the western United States. (Photo by JOSH EDELSON/AFP via Getty Images) 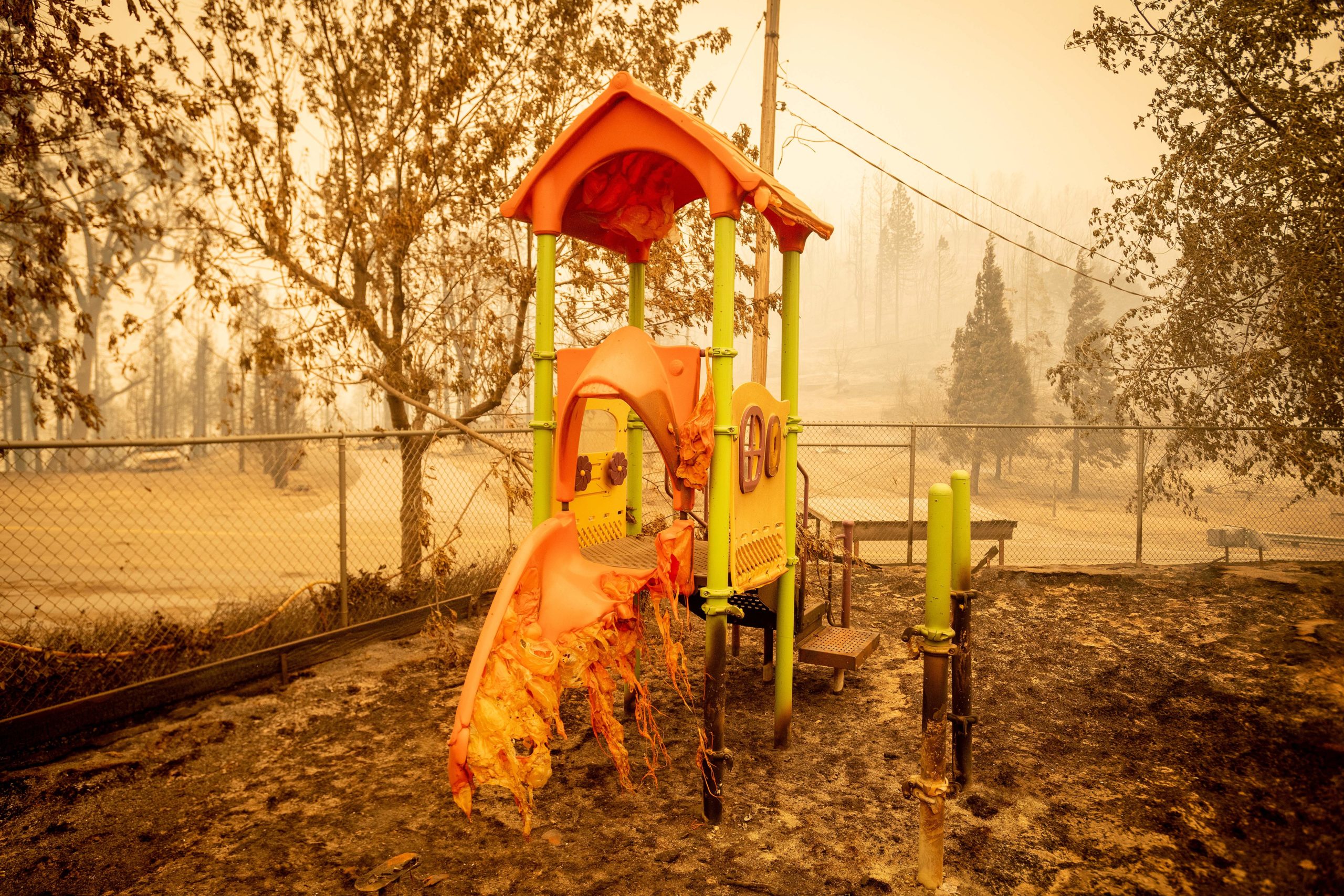 A melted slide smolders as a playground continues to burn at Pine Ridge school during the Creek fire in an unincorporated area of Fresno County, California on September 08, 2020. – Wildfires in California have torched a record more than two million acres, the state fire department said on September 7, as smoke hampered efforts to airlift dozens of people trapped by an uncontrolled blaze. (Photo by JOSH EDELSON/AFP via Getty Images) 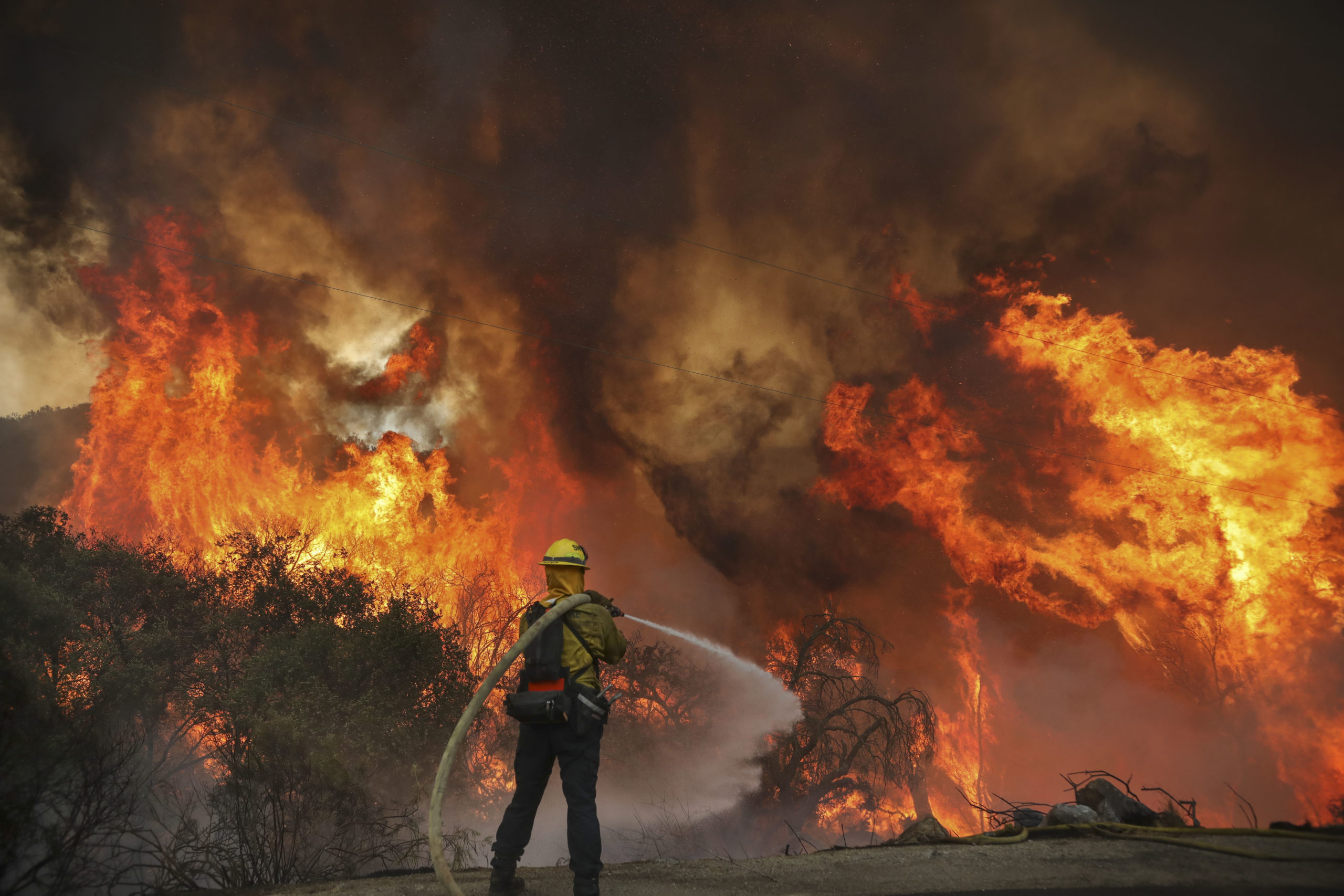 “That’s the reason it doesn’t smell smoky but the sky is a different color,” Gass said.

Last week, the smoke that entered San Francisco was from nearby wildfires and the city reportedly smelled like a campground, SFGate reported.

The smoke from #California‘s huge wildfires is casting an eerie view over #SanFrancisco. This is courtesy of our friends at @earthcam. A look at the situation on @nbc2 at 3. pic.twitter.com/a4QfUX58ak

There have been multiple fires burning in Northern California along with more fires burning in Oregon. Gov. Kate Brown declared a statewide emergency in Oregon after fires blazed in Marion, Lane, Jackson, Coos, Lincoln, Washington and Clackama counties, according to Oregon Live.

“This is proving to be an unprecedented and significant fire event for our state,” Brown reportedly said.