With only 43 days until the election, the window of opportunity to get to the bottom of the U.S. government’s intelligence-gathering on the Trump campaign is quickly closing.

The best hope for transparency lies in a handful of Senate committees and U.S. Attorney John Durham, which are all conducting investigations into FBI, CIA and other government agencies’ Trump-related activities. (RELATED: Trump Gives Barr Authority To Declassify Russia Probe Documents)

The election presents hurdles for both sets of inquiries.

It is unclear if Durham plans to release a report of his findings before the election.

The outcome of the election in November is also likely to determine how much the public will learn about the matter. A victory by Democratic nominee Joe Biden could sap political momentum from any Trump-related investigations.

Democrats in the Senate and the House called this week for an inspector general’s investigation into Durham’s probe.

Congressional Republicans have helped force out many FBI secrets about the Trump-Russia probe. GOP efforts prompted a Justice Department inspector general’s investigation that revealed the FBI misled the Foreign Intelligence Surveillance Court in order to obtain warrants to spy on Carter Page.

Republicans along the way have uncovered details about the Steele dossier that have proved embarrassing for media outlets, the FBI and Democrats who pushed the theory that Trump associates conspired with the Russian government.

The Justice Department and Office of the Director of National Intelligence have also declassified documents that shed light on the dossier and other aspects of the FBI’s investigation, dubbed Crossfire Hurricane.

But even after a flurry of declassifications and publication of four different reports on the Trump-Russia matter, several aspects of the saga matter remain unanswered.

The dossier, authored by former British spy Christopher Steele, played a key role in the FBI’s investigation of the Trump campaign, and the media-driven theories of collusion between the Trump campaign and Russian government.

Reports from the special counsel’s office and the Justice Department inspector general have poked holes in the dossier. The reports said that Steele’s claim that former Trump lawyer Michael Cohen visited Prague to meet with Kremlin insiders was inaccurate.

Steele’s allegation that the Kremlin was blackmailing Donald Trump with a sex tape has not been corroborated and is widely believed to be false.

But what remains unanswered is exactly how Steele got key allegations wrong in the dossier.

Footnotes from a Justice Department inspector general’s (IG) report of Crossfire Hurricane said that the FBI received evidence in 2017 that Russian intelligence officers may have fed disinformation into Steele’s source network.

A footnote in the IG report also says that the intelligence community wrote a report in June 2017 that said two Russian intelligence officers knew in July 2016 that Steele was investigating Trump.

The IG report said that an allegation that former Trump lawyer Michael Cohen meeting with Kremlin officials in Prague may have been disinformation, as potentially was the dossier’s salacious claim that the Kremlin has a sex tape of Trump.

Igor Danchenko, the primary source for Steele, told the FBI in January 2017 that his source for the inaccurate Cohen claim also provided information about Carter Page.

Some of Danchenko’s sub-sources have been identified in press reporting. The Daily Caller News Foundation has reported that Danchenko met in June 2016 with a Russian energy ministry official, Sergey Abysev, in Russia.

Chris Steele arrives at the High Court in London for his defamation trial brought by a Russian tech entrepreneur. (TOLGA AKMEN/AFP via Getty Images)

Documents regarding the evidence of disinformation have not been released. The FBI declassified memos from interviews with Danchenko, but has not released any other documents related to the Steele source.

Republican South Carolina Sen. Lindsey Graham, the chairman of the Senate Judiciary Committee, has said that he will interview the two FBI employees who interviewed Danchenko.  (RELATED: Steele Source Had Meeting In Russia At Key Point In Dossier Saga)

The FBI is also sitting on a trove of documents regarding Steele’s work as a confidential human source for the bureau and their efforts to investigate the dossier.

FBI agents met several times with Steele during the course of the Trump probe, but documents from those meetings have not been released.

The IG report also refers to FBI documents that say that the bureau developed concerns in 2015 regarding Steele’s associations with Russian oligarchs.

The FBI also compiled a spreadsheet to track progress on investigating individual allegations made in the dossier. The document would likely shed light on the FBI’s investigative approach to the dossier.

Joseph Mifsud is one of the enduring puzzles of Crossfire Hurricane.

George Papadopoulos, the former Trump campaign aide, claimed that Mifsud, a Maltese professor and diplomat, told him in April 2016 that the Russians had Hillary Clinton’s emails.

The FBI opened Crossfire Hurricane on July 31, 2016 based on comments that Papadopoulos allegedly made to another diplomat, Alexander Downer. The FBI did not learn of Mifsud’s remarks until Papadopoulos disclosed the meeting during an interview with the bureau in January 2017.

Understanding Mifsud’s motives in sharing information with Papadopoulos would go a long way in showing whether the FBI had a legitimate concern about collusion.

Mifsud has not been seen in public for nearly three years, since Papadopoulos pleaded guilty in the special counsel’s probe.

Durham, the federal prosecutor, has investigated the Mifsud angle. He reportedly traveled to Italy, where Mifsud has worked, and asked Italian officials about the mystery professor. 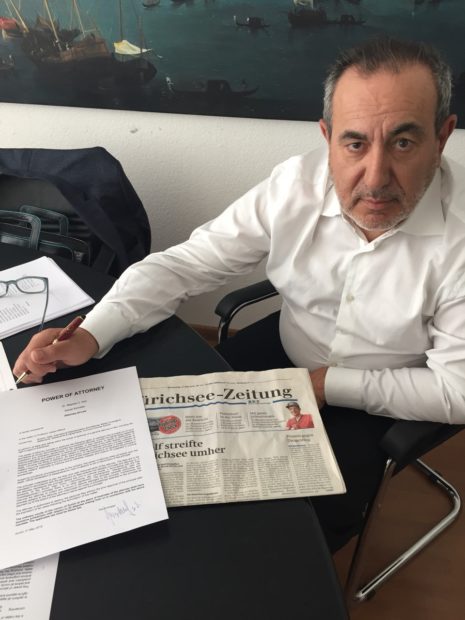 The FBI used Stefan Halper, a former professor at the University of Cambridge, to secretly record Carter Page and George Papadopoulos as part of Crossfire Hurricane.

Halper, who had been an FBI confidential human source since 2008, first met Carter Page on July 10, 2016, three weeks before the FBI opened Crossfire Hurricane. Republicans have questioned the timing of that meeting.

Halper received more than $1 million in contracts from the Defense Department’s Office of Net Assessment from 2012 through 2017. Sen. Chuck Grassley has questioned whether the contracts were used as cover for Halper’s FBI work.

The Senate Judiciary Committee has declassified several transcripts of Halper’s interactions with Papadopoulos in September 2016, but Halper’s contacts with Page have remained hidden from view.

The IG report said that the FBI failed to disclose exculpatory statements that Page and Papadopoulos made to Halper by denying links to the Russian government.

The Senate Homeland Security and Government Affairs Committee voted on Wednesday to subpoena Halper along with 40 other witnesses for interviews as part of an investigation into Crossfire Hurricane.

What did the CIA know?

Some Republicans have suggested that CIA officials relied on incomplete intelligence to determine that the Kremlin meddled specifically to help Trump.

Durham interviewed former CIA Director John Brennan last month about the spy agency’s involvement in creating the ICA and other spy activities it might have taken during the 2016 campaign.

Brennan told the House Intelligence Committee in May 2017 that he provided the FBI with intelligence regarding Trump associates’ contacts with Russian officials. The nature and timing of that intelligence is still unknown.

Congressional Republicans have long focused on requests that Obama administration officials made for intelligence reports that identified various Trump associates, including Michael Flynn.

In May, the Office of the Director of National Intelligence declassified documents showing that the Obama administration officials made 39 requests for Flynn after the election and before Trump’s inauguration day.

Republican senators have asked for records about unmasking requests made since early 2016. A pattern of requests for reports on Trump associates might suggest that government officials intentionally targeted them for unmasking.

Leaks to the media

Since early in the Trump administration, Republicans have called for more investigations into leaks of classified information regarding the Russia probe. Republicans have argued that anti-Trump government officials have selectively leaked a steady stream of information aimed at portraying Trump and his associates of being Kremlin stooges.

Carter Page, former foreign policy adviser for the Trump campaign, speaks to the media after testifying before the House Intelligence Committee on November 2, 2017 in Washington, DC. (Mark Wilson/Getty Images)

Two of the most prominent leaks were to The Washington Post.

On Jan. 12, 2017, Post columnist David Ignatius reported that Michael Flynn had a phone call with Kislyak. The FBI used the Ignatius column as a hook to arrange a White House interview with Flynn. He would later plead guilty in the special counsel’s probe to lying during the interview.

Another leak to the Post led to revelations that the FBI obtained Foreign Intelligence Surveillance Act warrants against Carter Page.

The story, published on April 11, 2017, led to investigations into the FBI’s decision to surveil Page.

The status of the Justice Department’s investigations into the leaks is unknown.

While the Steele dossier has received more attention, Clinton acolytes compiled a second dossier on Trump during the 2016 campaign.

Cody Shearer, a longtime Clinton insider, wrote two memos in September and October 2016 that contained some of the same allegations of Trump sex tapes that are found in the Steele dossier.

In a strange twist that has still not been fully explained, Steele was provided Shearer’s reports, and passed them on to the FBI. How the FBI handled the document is still unknown.

Sen. Ron Johnson, the chairman of the Senate Homeland Security Committee, has obtained authority to subpoena Shearer and his associate, Sidney Blumenthal.

Blumenthal, a longtime informal adviser to Hillary Clinton, provided Shearer’s memos to Jonathan Winer, who was an official at the State Department.

Senate Republicans have investigated what role Obama-era State Department officials played in handling the Steele dossier. That inquiry has focused on Winer, who served as special envoy to Libya and was Christopher Steele’s main conduit to the State Department.

Winer told the Senate Intelligence Committee that he destroyed his Steele-related records in January 2017 at the former spy’s request.

Other former State Department officials were aware of Steele’s activities in 2016.