Lee announced his test for coronavirus had come back positive in a tweet Friday. Lee was at the White House Saturday for Trump’s announcement of his Supreme Court pick and met with Supreme Court nominee Amy Coney Barrett on Tuesday. Lee said he will now be working from home and isolating for 10 days.

“Yesterday morning, I was experiencing symptoms consistent with longtime allergies. Out of an abundance of caution, I sought medical advice and was tested for Covid-19. Unlike the test I took just a few days ago while visiting the White House, yesterday’s test came back positive,” Lee said in a statement.

“On advice of the Senate attending physician, I will remain isolated for the next 10 days. “Like so many other Utahns, I will now spend part of 2020 working from home. I have spoken with Leader McConnell and Chairman Graham, and assured them I will be back to work in time to join my Judiciary Committee colleagues in advancing the Supreme Court nomination of Judge Amy Coney Barrett in the Committee and then to the full Senate,” Lee continued. 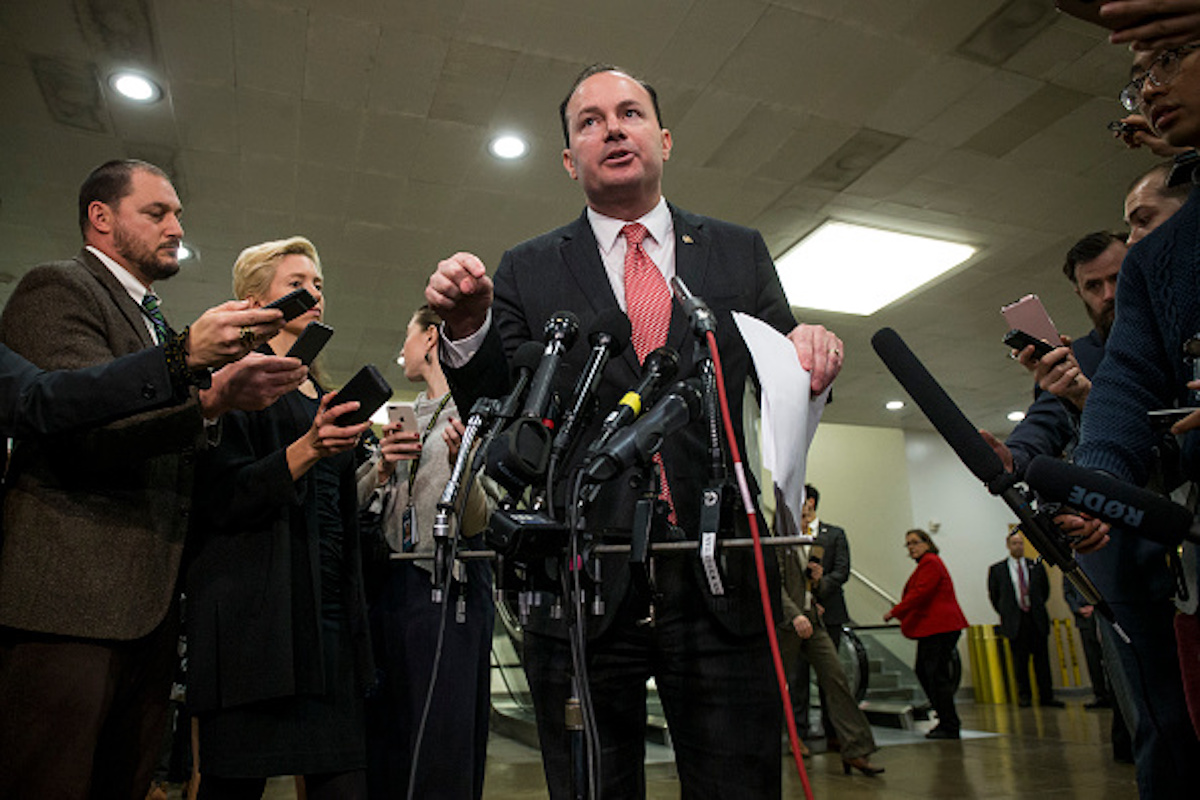 Sen. Mike Lee (R-UT) speaks to the press after receiving a briefing from U.S. Secretary of Defense Jim Mattis and U.S. Secretary of State Mike Pompeo on developments in Saudi Arabia on Capitol Hill on November 28, 2018 in Washington, DC. (Photo by Zach Gibson/Getty Images)

Before news broke early Friday morning that President Donald Trump tested positive for coronavirus, Democratic California Sen. Dianne Feinstein and a group of Democrats formally asked Judiciary Committee Chairman Lindsey Graham on Thursday to delay Barrett’s confirmation. Feinstein complained that Republicans’ timeline was unfair and should be put off until after the next president is inaugurated. (RELATED: ‘Urge You To Delay Consideration’ — Sen. Feinstein Formally Asks To Delay Amy Coney Barrett’s Confirmation)

White House physician Sean Conley said both Trump and Melania are “doing well” and will quarantine at the White House for the time being.