Senate Majority Leader Mitch McConnell slammed Speaker of the House Nancy Pelosi for floating the idea of invoking the 25th Amendment, which is a constitutional measure to remove the sitting president from office.

“That’s absurd. Absolutely absurd,” McConnell said about the press conference, Fox News reported. “Again, right here in his last three weeks before the election, I think those kinds of wild comments should be largely discounted.”

The 25th Amendment requires a declaration saying why the president is unable to serve. The declaration has to come from the vice president and a majority of the leaders of executive branch departments or by Congress. Pelosi would also need the support of the president pro tempore of the Senate, Republican Iowa Sen. Chuck Grassley, if she were to try and push it through Congress. 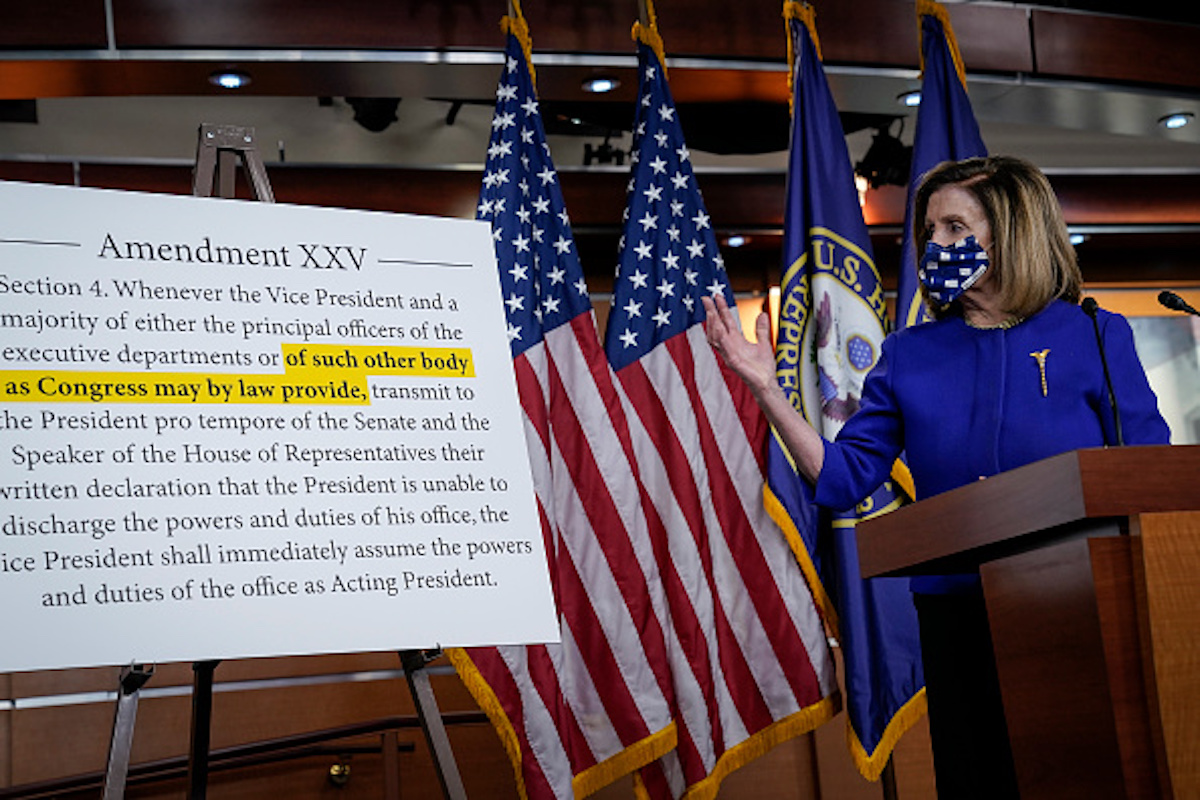 Speaker of the House Nancy Pelosi (D-CA) speaks during a news conference at the U.S. Capitol on October 9, 2020 in Washington, DC. (Photo by Drew Angerer/Getty Images)

In order to use the 25th Amendment, Pelosi would then need Senate Republicans to jump on board, Fox News reported. Pelosi would also need to get Vice President Mike Pence to agree to it as well. (RELATED: ‘Rebounding From A Terrible Mistake’: Pelosi Weighs In On Trump Reopening Stimulus Negotiations)

During her weekly press conference Thursday, Pelosi mentioned the 25th Amendment, which allows for the vice president to become acting president if the president “is unable to discharge the powers and duties of his office.” Pelosi then announced legislation Friday that would create a commission to allow Congress to remove a president from office using the 25th Amendment.

“This is not about President Trump,” Pelosi said Friday. “He will face the judgment of the voters. But he shows the need for us to create a process for future presidents.” (RELATED: Pelosi: ‘We’re Going To Be Talking About The 25th Amendment’)

Trump responded to Pelosi’s comments hours after the press conference, saying in a tweet, “Crazy Nancy is the one who should be under observation. They don’t call her Crazy for nothing!”

The president returned back to the White House from Walter Reed hospital Monday night and has since said he feels “good.” He has been working from the Oval Office and has limited staff working from there with him.