President Donald Trump will likely rejoin his surrogates on the campaign trail Monday. 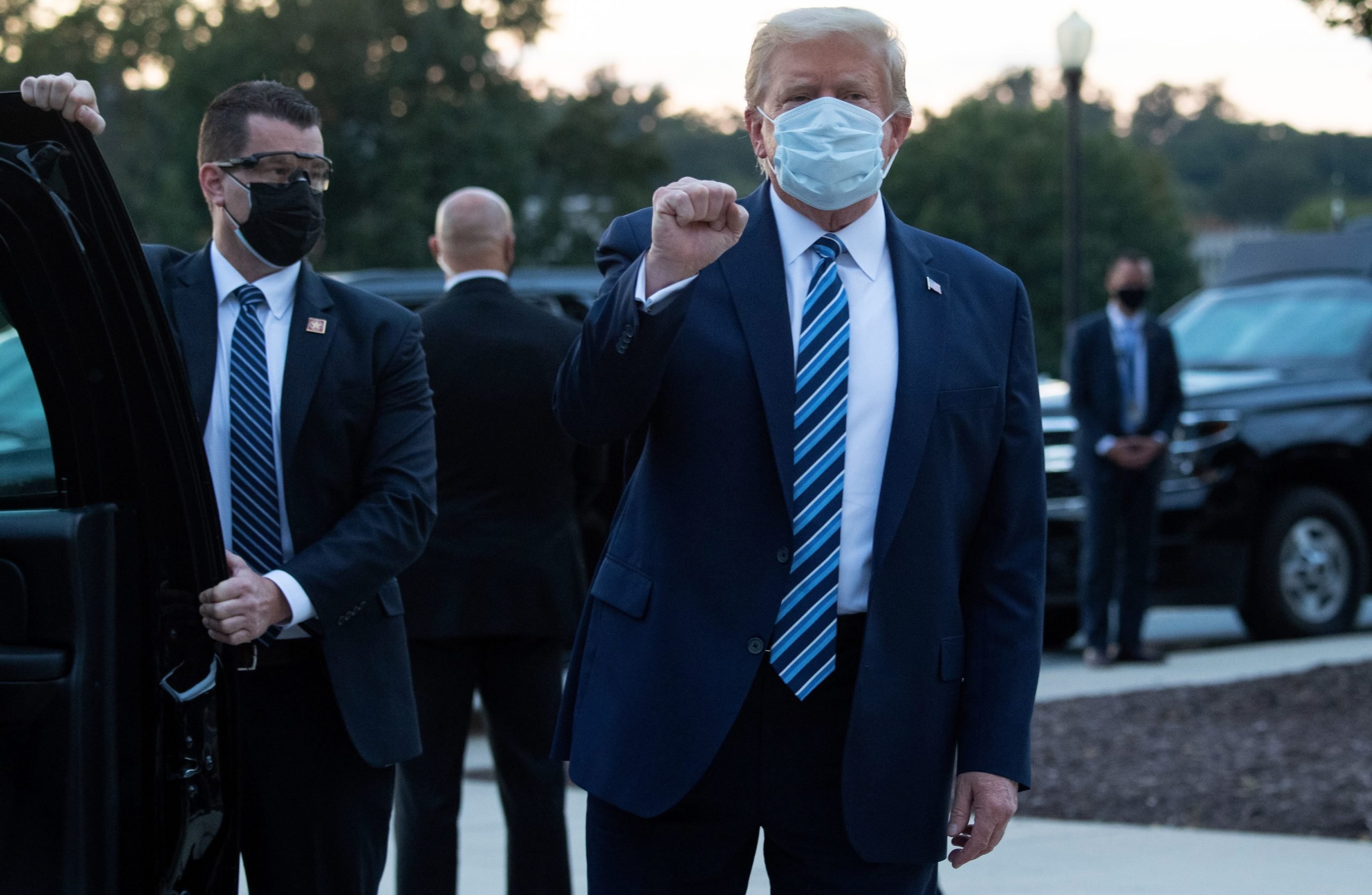 US President Donald Trump pumps his fist as he leaves Walter Reed Medical Center in Bethesda, Maryland heading towards Marine One on October 5, 2020, to return to the White House after being discharged. – Trump announced Monday he would be “back on the campaign trail soon”, just before returning to the White House from a hospital where he was being treated for Covid-19. (Photo by SAUL LOEB/AFP via Getty Images)

White House physician Sean Conley said in a statement released Thursday that — barring any unexpected complications — Trump is trending toward being cleared to restart “public” events on Saturday. Still, White House press secretary Kayleigh McEnany said on Fox News Friday morning that “logistically” planning something for Saturday would be “tough.” (RELATED: Trump Will Receive A ‘Medical Examination’ And Be Interviewed On Friday’s Broadcast Of ‘Tucker Carlson Tonight’)

“I would leave that to [Conley] as to how that works medically, but he assured me that there are medical tests underway that will ensure that when the president is back out there, he will be not be able to transmit the virus,” McEnany continued. “I will leave it to Dr. Conley because he has the granular details of the testing and what medical bar needs to be met to make sure you’re not transmittable.”

Fox News and Reuters both independently reported that the campaign is eying Monday for Trump’s rally relaunch. The campaign did not immediately respond to Daily Caller’s inquiries on what locations were being considered.

Bill Stepien, Trump’s campaign manager who has also tested positive for coronavirus, said in a statement Thursday that the president will hold a rally on October 15, the date of the second debate. Trump had announced earlier that morning that he will skip the second debate if it remains in a virtual format.