President Donald Trump didn’t rule out replacing Attorney General Bill Barr if he gets a second term during a Wednesday interview with Newsmax.

“I have no comment. Can’t comment on that. It’s too early,” Trump told Newsmax host Greg Kelly. “I’m not happy with all of the evidence I have, I can tell you that. I’m not happy.” 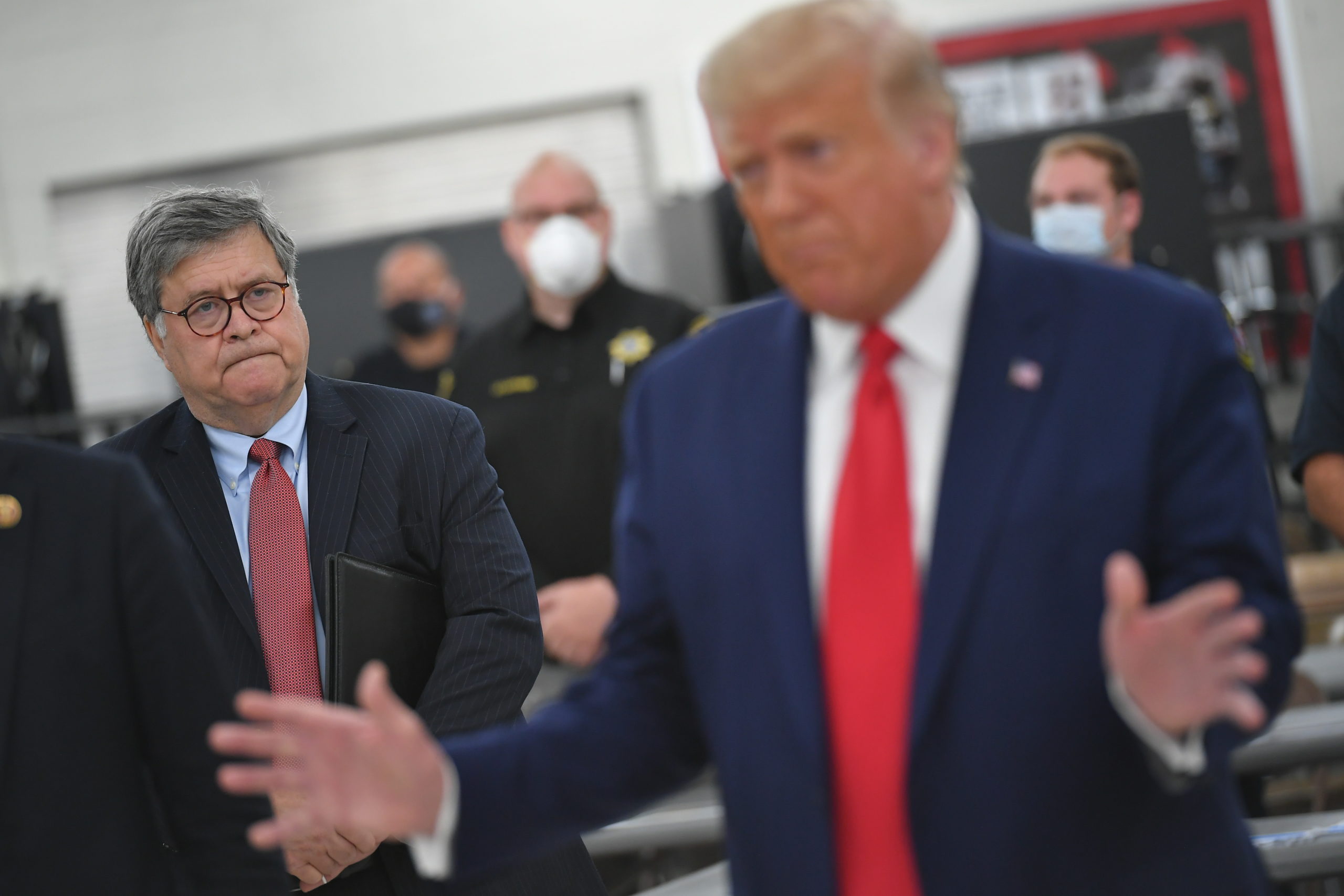 US Attorney General William Barr (L) listens to US President Donald Trump speaks with officials on September 1, 2020, at Mary D. Bradford High School in Kenosha, Wisconsin. – Trump visited Kenosha, the city at the center of a raging US debate over racism, despite pleas to stay away and claims he is dangerously fanning tensions as a reelection ploy. (Photo by MANDEL NGAN/AFP via Getty Images)

The president has criticized Barr and U.S. attorney John Durham in recent days after reports surfaced that Durham’s probe into the investigation will not be completed prior to the 2020 general election in November, a development he called a “disgrace” while guest hosting The Rush Limbaugh show Friday. (RELATED: ‘That’s A Disgrace’ — Trump Reacts To Report There Won’t Be A Pre-Election Durham Report)

“This is the problem with Republicans,” he continued. “They don’t play the hard game.”

Trump expressed additional frustration with Barr during the Newsmax interview while reacting to reports that the Justice Department has closed its investigation into unmasking of Trump-linked associates and will likely not charge any of the Obama administration officials involved, including former Vice President Joe Biden.

The DOJ did not immediately respond to Daily Caller’s inquiries on Trump’s comments.