A Pennsylvania restaurant that was hit with nearly $10,000 in state citations for reopening their business in defiance of Democratic Gov. Tom Wolf’s coronavirus restrictions was found not guilty after months of continuing to fight against the administration.

Taste of Sicily in Lebanon County attracted the support of several local officials over their decision to reopen their restaurant in May after having initially shut down for two months in obedience with state orders. The restaurant left it up to customers to decide whether they want to wear masks or social distance, and were cited for violating Wolf’s restrictions.(RELATED: ‘I’m Not Paying Crap’: PA Restaurant Hit With Thousands In Fines For Not Closing During Pandemic) 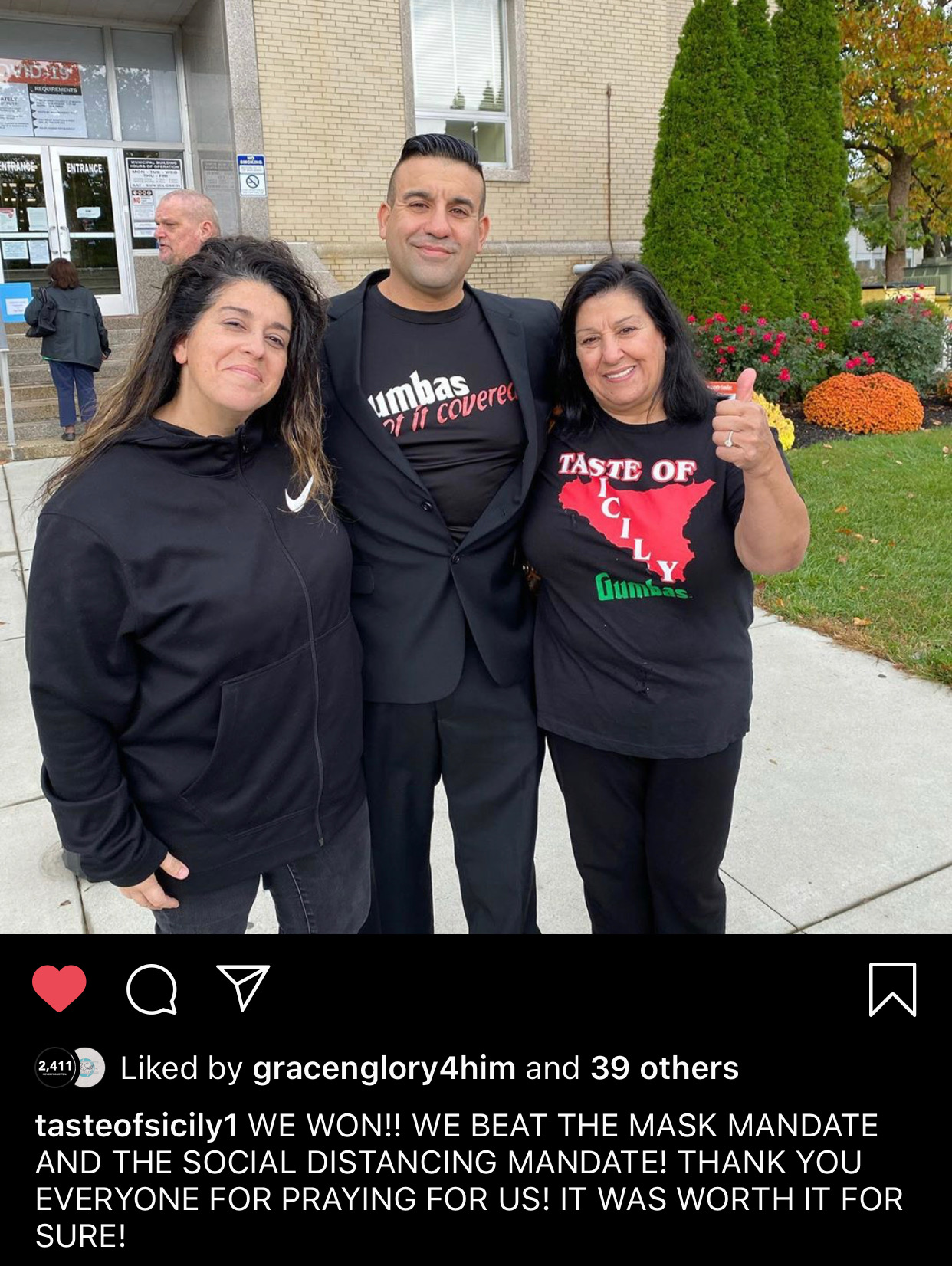 The restaurant, which is co-owned by siblings Michael Mangano and Christine Wartluft, was found not guilty. Their lawyer, Eric Winter, told he Daily Caller that Wolf’s and the Department of Health’s Orders couldn’t be punished under Pennsylvania criminal law

“It is very questionable as to whether the law allows the Department of Health to issue orders as it did. It is not possible for a criminal penalty to be imposed for violating the orders,” he told the Caller.

Wolf had fixated his attention on Lebanon County and the Republican leadership supporting small businesses like Taste of Sicily that defied state orders. Wolf decided to withhold $13 million in funding from the county July 17, leaving it as the only county in the state to have been cut off from the $625 million package of coronavirus relief funds. Wolf blamed the Republican-controlled Board of Commissioners, according to WPXI.

“The mask mandate, the plexiglass, the social distancing, all of those things that the governor and [Secretary of Health Rachel] Levine were implementing are not an enforceable citation,” Mangano tells the Caller. “In other words, they can’t legally enforce that. This says that any fine that you get from the state is legally non-enforceable.”

Mangano’s advice for other businesses facing fines from the state for reopening prematurely or not fully following state guidelines is to “stand up and plead not guilty.”

“When you get these fines from these agents do not pay them. Plead not guilty, and take them to court. As you can see we won because they had no legal right to fine us for those mandates and guidelines the governor and Levine implemented.”

“You have to stick together and go to court.”

In September, a federal judge ruled that Wolf’s gathering restrictions and shutdowns of non-essential businesses during the coronavirus pandemic were unconstitutional.

The business closure components of the orders also violated the Equal Protection Clause of the Fourteenth Amendment, which requires the state to govern impartially and treat individuals in the same manner as others in similar conditions and circumstances.