Senate Majority Leader Mitch McConnell said Wednesday he believes there is a “50-50” chance that Republicans maintain control of the election.

During a campaign stop in Kentucky, McConnell was asked about the likelihood of Republicans keeping the Senate majority, to which he said it could go either way. McConnell is currently up for re-election and is running against Democrat Amy McGrath.

“It’s a 50-50 proposition. We have a lot of exposure. This is a huge Republican class,” McConnell, said, Fox News reported. “There are dogfights all over the country.” 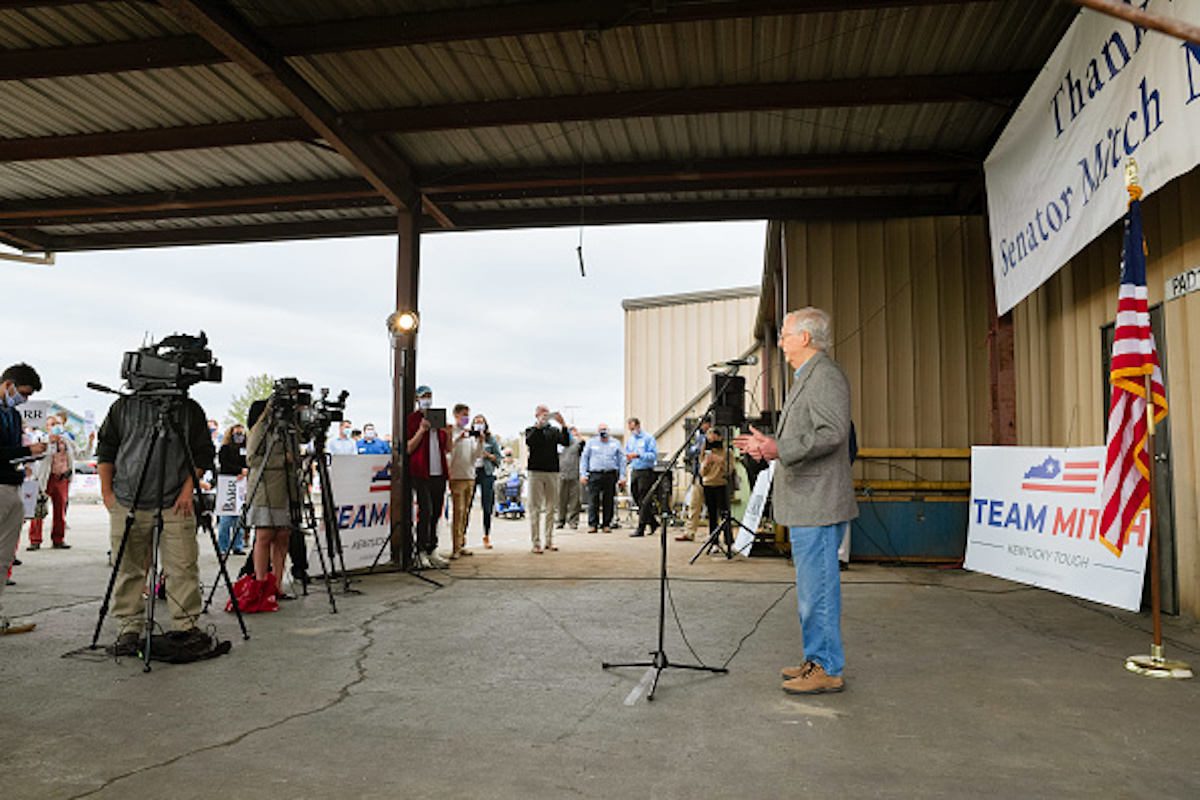 Senate Majority Leader Mitch McConnell (R-KY), stands and speaks to the press and his supporters during a campaign stop on October 28, 2020 in Lawrenceburg, Kentucky. (Photo by Jon Cherry/Getty Images)

Republicans currently have a 53-47 majority in the Senate. Democrats are fighting to take back the three seats and the White House, to have the tie-breaking vote from the Vice President. (RELATED: ‘Abuse of Power’ — McConnell Slams Democrats Over Court Packing, Says They ‘Refuse To Give A Straight Answer’)

McConnell remains in the lead in a majority of polls just days before the election.