Melania Trump definitely got everyone’s attention Tuesday when she arrived at a polling place in Florida ready to vote in the 2020 election.

The first lady entered the Morton and Barbara Mandel Recreation Center in Palm Beach to cast her ballot, per a White House pool report. She was wearing a sleeveless vanilla and gold dress that went down to her knees. (RELATED: Melania Stuns In Pale-Pink Dress At Reception During UN General Assembly [PHOTOS]) 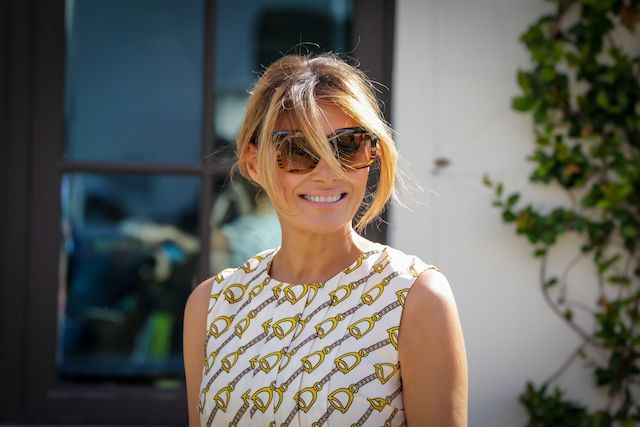 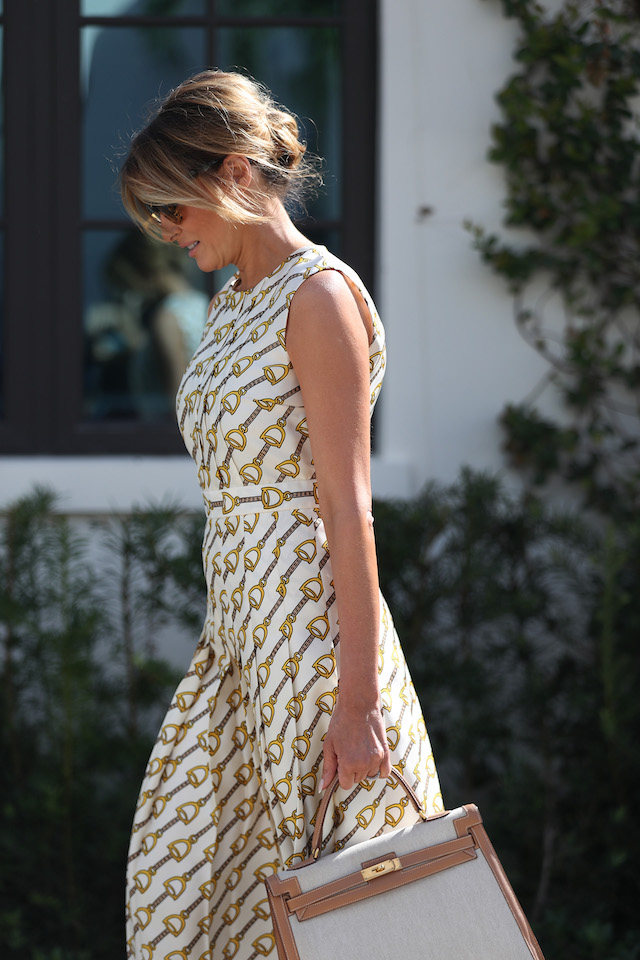 Melania completed the look with her hair pulled back in a loose bun and taupe high heels. (RELATED: Celebrate Ivanka Trump’s Birthday With Her Greatest Looks [SLIDESHOW]) 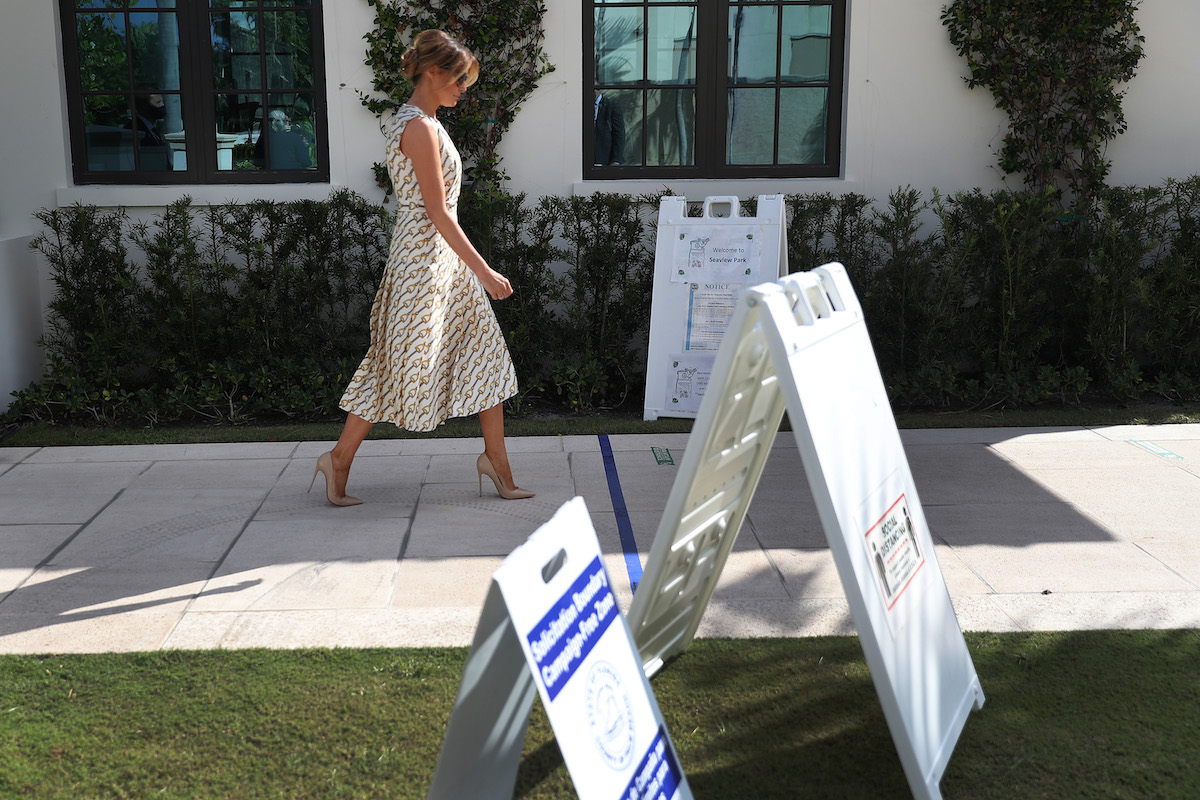 At one point, the first lady spoke to the press and said she was feeling “great” and explained why she didn’t vote last week with President Donald Trump when he voted. 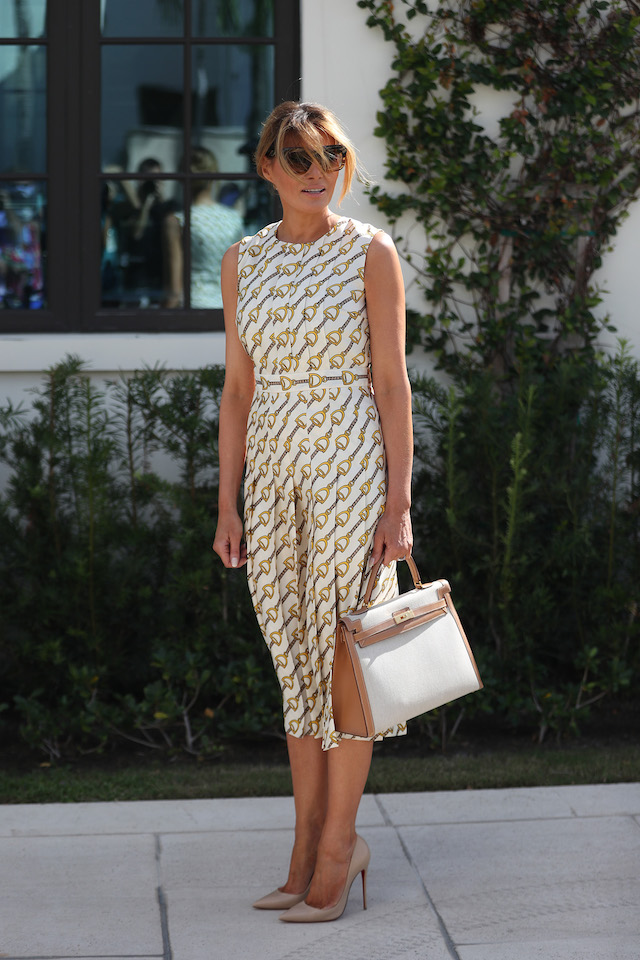 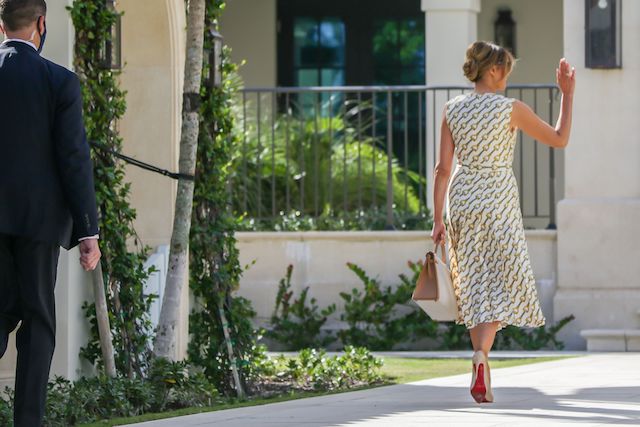 “It’s Election Day, so I wanted to come here to vote today for the election,” FLOTUS shared, per the pool report.

The comments come following the first lady’s solo stops recently on the campaign trail in places like Wisconsin, Pennsylvania and North Carolina as part of Trump’s reelection efforts.

During a rally in Atglen, Pennsylvania, Melania was talking about what she thought were the president’s accomplishments during his presidency when she had an exchange with a woman in the audience about Trump.

“Before my husband decided to run for president, the media loved him because they saw the man that I see every day— someone tough, successful, and fair,” the first lady shared, before a woman in the audience yelled out, “and handsome.”