Portland Mayor Ted Wheeler won re-election Tuesday night despite facing criticism over his handling of left-wing riots and protests in the city.

Wheeler, a Democrat, defeated hard left candidate Sarah Iannarone, an open supporter of Antifa, by a 46-41 margin, with 13% of voters writing in a candidate, according to local outlet KGW.

Wheeler won despite criticism from both left and riot over his handling of the almost nightly unrest in the city over the last several months.

President Donald Trump criticized Wheeler for not embracing federal assistance to quell the riots, while left-wing activists accused Wheeler of being too tough on demonstrators.

Local progressive activists called for Wheeler’s resignation during the campaign, but the mayor declined to step down or cut short his campaign. (RELATED: Portland Mayor Ted Wheeler Escorted From Protest By Security Detail) 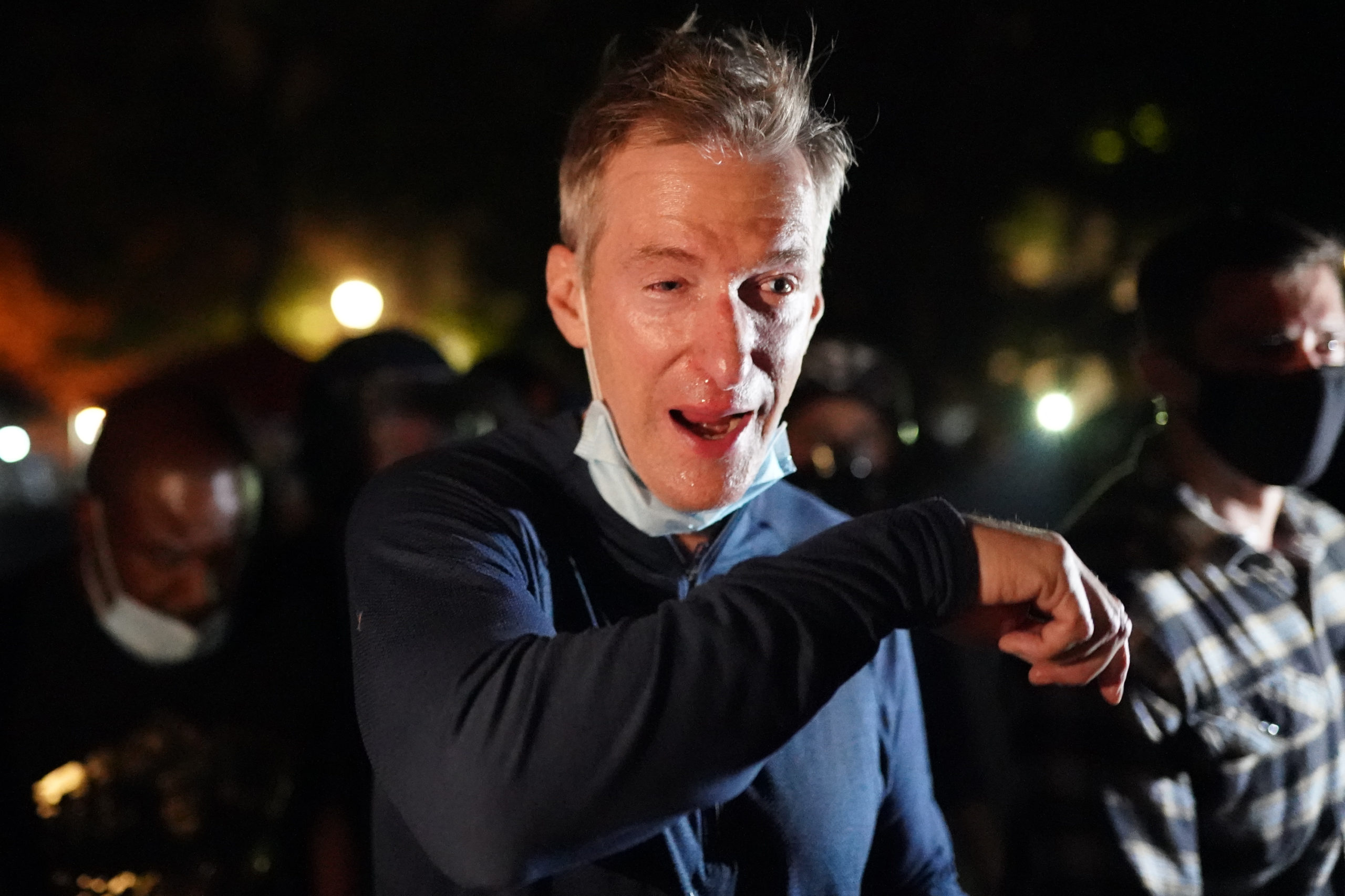 Mayor Wheeler reacts after being exposed to tear gas fired by federal officers during a demonstration on July 22. (Nathan Howard/Getty Images)

Iannarone trailed Wheeler in the first round of voting, but briefly overtook the incumbent in the polls as he faced mounting criticism for his response to protests and riots in the city.

Iannarone is an open supporter of Antifa, a decentralized, far-left movement whose adherents have unleashed violence in cities across America.

“To those who say Antifa are violent thugs: I am not a violent thug and I am Antifa,” Iannarone wrote in a January 2019 tweet.

Iannarone’s campaign manager, Gregory McKelvey, described himself as a communist in a May 2019 tweet distinguishing communists from Antifa anarchists.

“Most of the people you refer to as antifa are anarchists not communists,” he wrote. “I am a communist.” Iannarone’s campaign didn’t return the Daily Caller News Foundation’s inquiry about the tweet.

McKelvey, a left-wing activist, led protesters in shutting down a Portland highway following the 2016 election, the Willamette Week reported at the time.