The U.S. economy added 638,000 jobs in October, while unemployment fell to 6.9%, according to Department of Labor data released Friday.

Total non-farm payroll employment rose by 638,000 in October, according to the Bureau of Labor Statistics report, and the number of unemployed persons fell by 1.5 million to 11.1 million. The U.S. added 661,000 jobs in September while the unemployment rate dropped to 7.9%.

“There’s a pretty consistent pattern here that things are getting worse,” said Pantheon Macroeconomics economist Ian Shepherdson, according to The Wall Street Journal.

Economists projected 530,000 Americans to be added to payrolls and the unemployment rate to drop to 7.7% prior to Friday’s report, according to the WSJ. In August, the unemployment rate fell below 10% for the first time since April when the rate reached 14.7%. (RELATED: Uber, Lyft Spend Hundreds Of Millions To Defeat Unions In California) 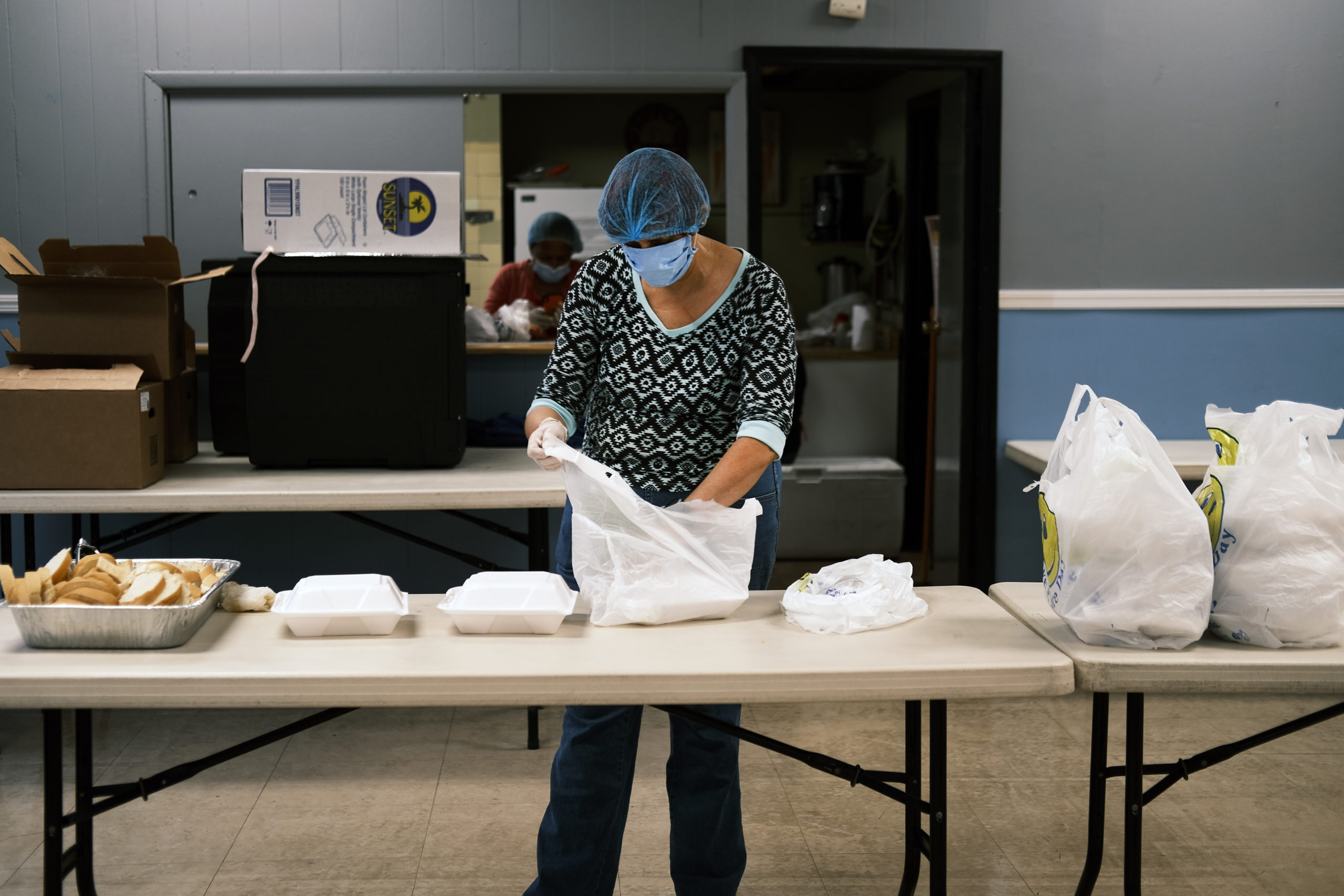 Meals are prepared for people to receive on Oct. 22 in New York City. (Spencer Platt/Getty Images)

The U.S. economy surged by a record 33.1% in the third quarter, according to a Oct. 29 Department of Commerce report. (RELATED: New Unemployment Claims Steady At 751,000, Missing Expectations)

However, the stock market has surged since Tuesday because the outcome will likely lead to a divided government preventing a potential Joe Biden administration from implementing stringent regulations, CNBC reported. There is also hope Senate Majority Leader Mitch McConnell will push for a quick coronavirus stimulus package, according to The New York Times.