President Donald Trump may lose confidence in Attorney General Bill Barr if he still hasn’t uncovered evidence of voter fraud in “a number of weeks,” the president said Thursday.

Barr on Tuesday said both the Department of Justice (DOJ) and Department of Homeland Security (DHS) have “looked into” election fraud allegations but have so far found no evidence of fraud that could have changed the result of the election. Barr specifically called out accusations that voting machines had been tampered with to secure more votes for President-Elect Joe Biden, which he said there is no evidence for as of yet.

“Do you still have confidence in Bill Barr?” a reporter asked Thursday following a White House ceremony.

“Ask me that in a number of weeks from now,” Trump replied after a brief pause, according to pool reports. “They should be looking at all of this fraud. This is not civil. This is criminal stuff. This is very bad criminal stuff.” 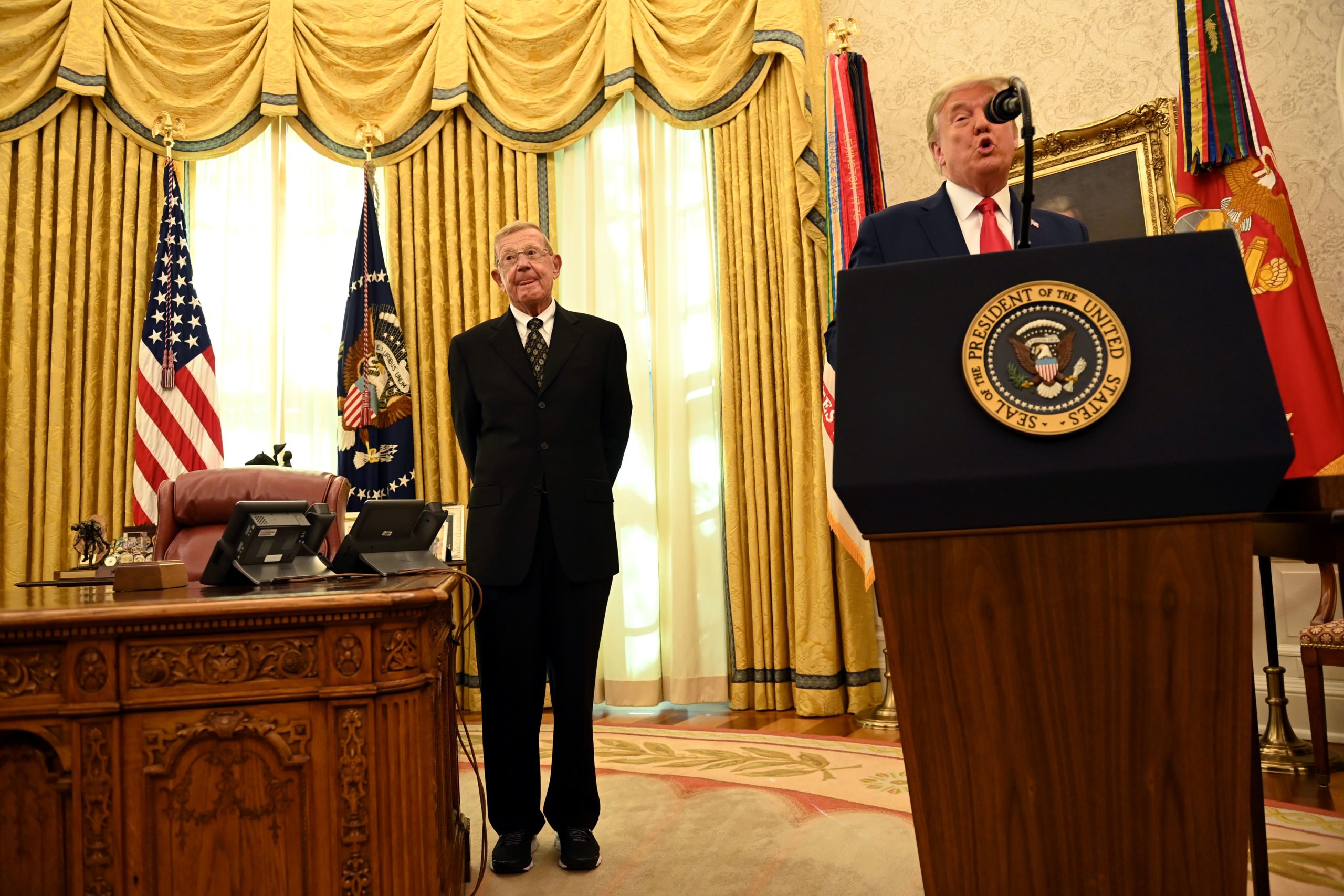 US President Donald Trump speaks before awarding the Presidential Medal of Freedom to retired football coach Lou Holtz (L) on December 3, 2020, in the Oval Office of the White House in Washington, DC. Trump spoke of his displeasure with Attorney General Bill Barr during a Q&A session with reporters after the ceremony. (Photo by BRENDAN SMIALOWSKI/AFP via Getty Images)

“I’ll just say this. We went through an election. At 10 o’clock everybody said that was an easy victory for Trump. All of a sudden the votes started disappearing. Miraculously disappearing,” he added. (RELATED: Kayleigh McEnany Opens Press Conference With Video Loop Of Democrats Breaking Their Own Lockdown Rules)

Trump went on to say Barr simply “hasn’t looked” into the allegations of fraud.

“He hasn’t done anything. He hasn’t looked,” Trump said. “When he looks he will see the kind of evidence that right now you are seeing in the Georgia Senate…They haven’t looked very hard, which is a disappointment.”

Barr was one of Trump’s greatest allies in warning of the threat universal mail-in voting posed to to the integrity of the election prior to Election Day. By November 3rd, however, only nine states and the District of Columbia used universal mail-in ballots, in which ballots are sent to every registered voter regardless of whether they requested one. Only one of those nine states, Nevada, was a battleground state.

Trump and his campaign have levied numerous legal challenges in battleground states in an attempt to overturn the result of the election, but those challenges are dwindling. The campaign has lost or withdrawn cases in Pennsylvania, Georgia, Arizona, Michigan and Wisconsin.

Trump and his campaign filed two new lawsuits in Wisconsin this week aimed at invalidating more than 220,000 votes and authorizing the state legislature to appoint new Electoral College delegates to give Trump the win. Trump’s lead lawyer in the state, former Judge Jim Troupis, said Trump wouldn’t overturn Biden’s election win even if the campaign does succeed in Wisconsin.