Trump’s comments were prompted by NBC’s Peter Alexander, who asked why the administration had not invited anyone from Biden’s team to attend the event as they will be responsible for overseeing the majority of the distribution. (RELATED: FDA Releases Tranche Of Pfizer Data And Documents, Clearing Way For Vaccine’s Emergency Approval) 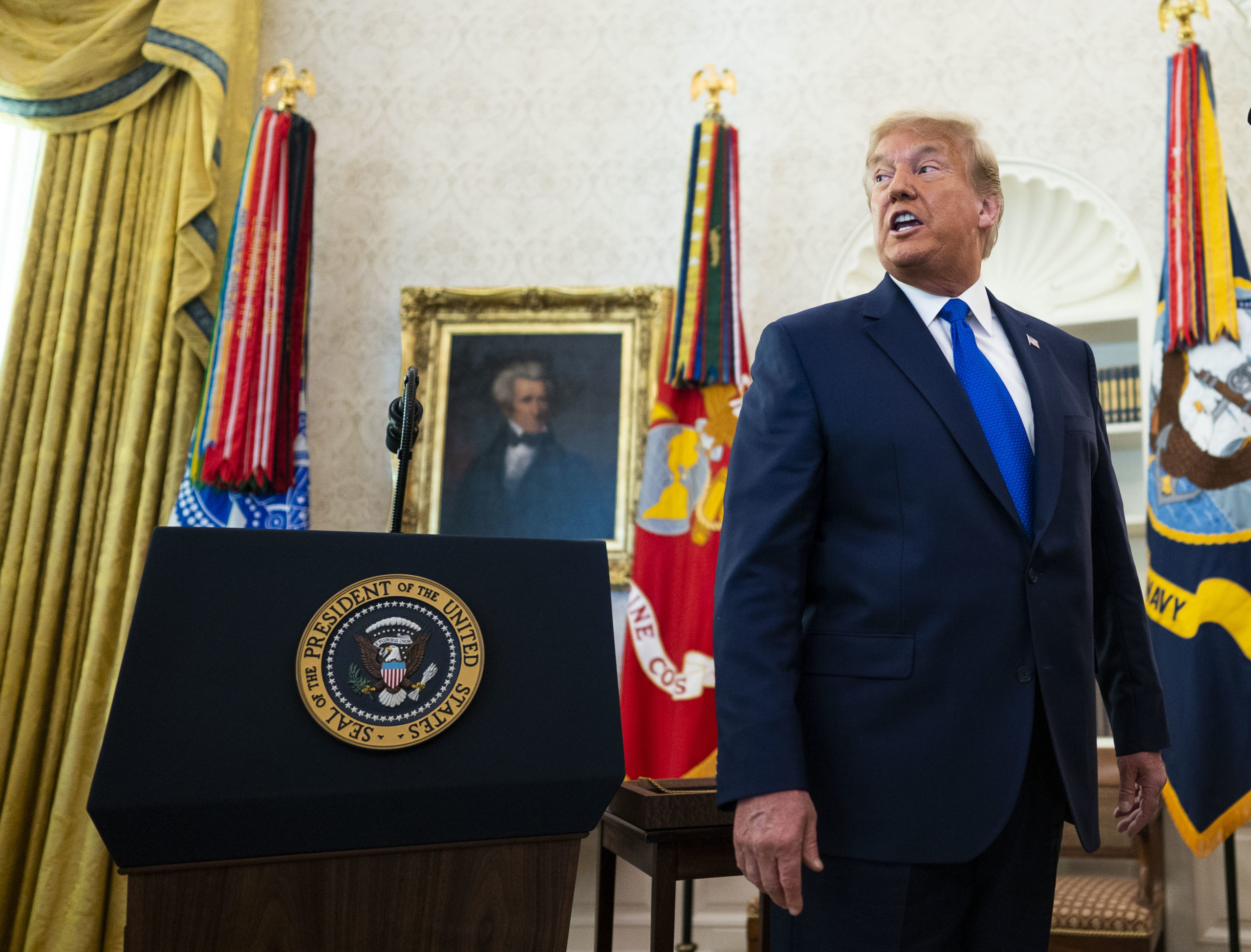 WASHINGTON, DC – DECEMBER 07: President Donald Trump speaks to the media after presenting the Presidential Medal of Freedom to Dan Gable in the Oval Office on December 07, 2020 in Washington, DC. (Photo by Doug Mills-Pool/Getty Images)

Earlier in the event, Trump signed a two-part executive order that will seek to prioritize Americans in the distribution process.

Senior White House officials told the Daily Caller Monday night that the first part of the order will instruct Health and Human Services Secretary (HHS) Alex Azar to prioritize American citizens over foreign nations to receive the coronavirus vaccine, while the second part of the order will give HHS, the United States Agency for International Development (USAID) and other executive departments guidelines on how to negotiate with foreign countries for the vaccine’s international distribution.

Dr. Moncef Slaoui, Operation Warp Speed’s chief executive, said Tuesday morning, however, that he doesn’t understand what specific mechanism the order will trigger that will prioritize Americans over citizens of other countries.