President-elect Joe Biden opposes using executive authority on a laundry list of policy items which his “progressive friends” are pressuring him to act on, leaked audio shows.

“So there’s some things that I’m going to be able to do by executive order,” Biden says on the recording. “I’m not going to hesitate to do it, but what I’m not going to do is… when you’d have some of the people you were supporting saying, ‘On Day One I’m gonna have an executive order to do this!’ Not within the constitutional authority.” (RELATED: Biden To Campaign In Georgia On Tuesday As Early Voting Kicks Off In Senate Runoffs)

“I am not going to violate the Constitution, he continued. “Executive authority that my progressive friends talk about is way beyond the bound, and as one of you said, maybe it was you, Reverend Al, whether it’s far left or far, right, there is a Constitution.” 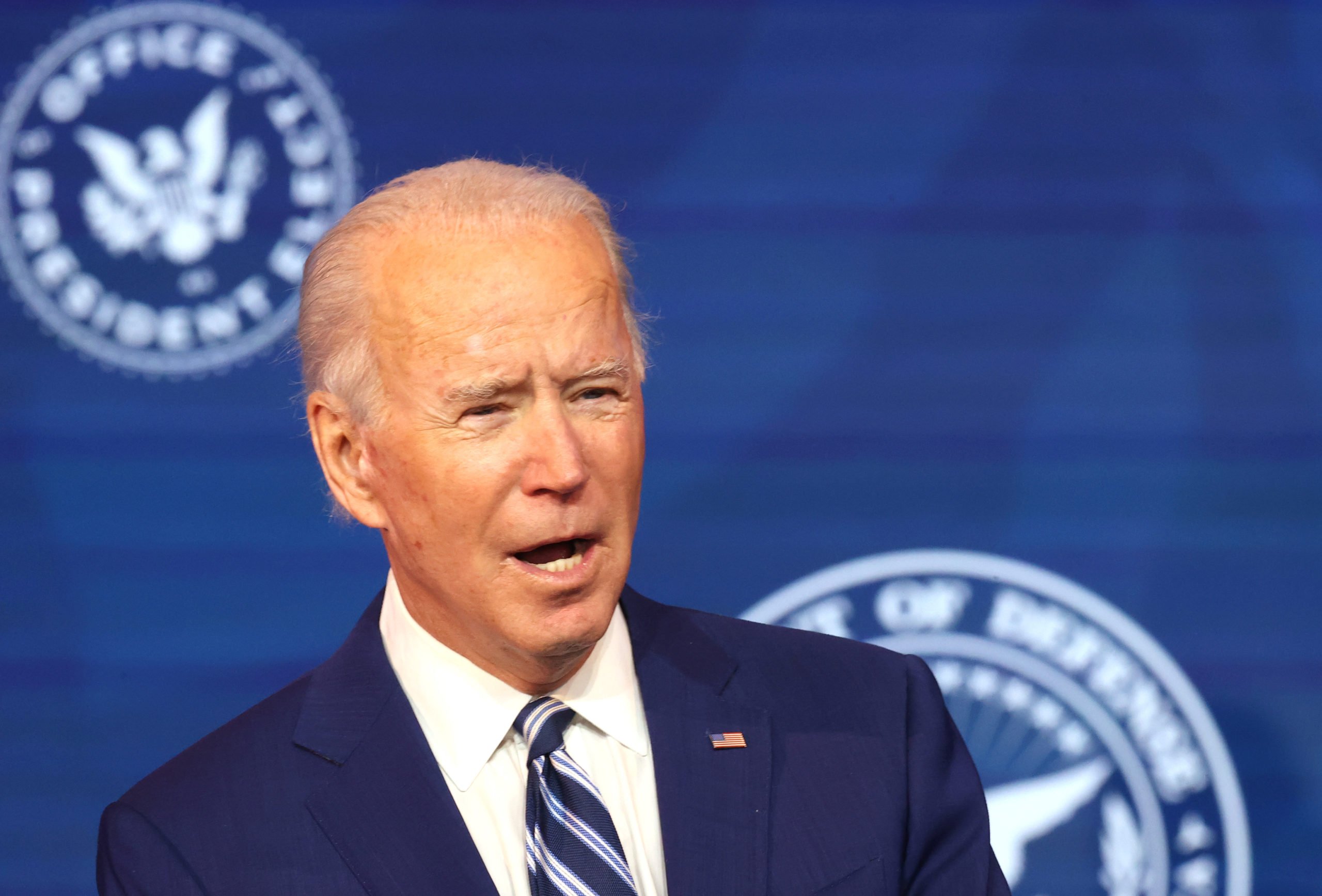 WILMINGTON, DELAWARE – DECEMBER 09: U.S. President-elect Joe Biden speaks as he announces U.S. Army (retired) General Lloyd Austin as his choice to be Secretary of the Department of Defense at the Queen Theatre on December 09, 2020 in Wilmington, Delaware. The only African-American to have headed U.S. Central Command, Lloyd Austin, 67, is a four-star general who was in charge of American forces in Iraq from 2010 to late 2011. (Photo by Chip Somodevilla/Getty Images)

“There’s no executive authority to do away that,” he explained. “No one has fought harder to get rid of assault weapons than me, me, but you can’t do it by executive order. We do that, next guy comes along and says, well, guess what? By executive order, I guess everybody can have machine guns again. So we’ve got to be careful.”

Progressives like Senators Bernie Sanders and Elizabeth Warren have urged Biden to use executive authority on numerous other issues, including civil rights protections, student debt cancellation, raising the national minimum wage and prioritizing the climate and clean energy.

Republicans currently hold a two-seat majority in the Senate. Unless both Jon Ossoff and Rev. Raphael Warnock defeat incumbent Georgia Republican Senators David Perdue and Kelly Loeffler in the upcoming January runoff elections, Leader Mitch McConnell and the GOP is expected to try to block the Biden administration from implementing the aforementioned policy goals.