President Donald Trump walked onto the field at Saturday’s Army-Navy football game to cheers and chants of “USA! USA!”

Although the crowd at West Point’s Michie Stadium was visibly smaller than previous years due to coronavirus restrictions — limited to students and Department of Defense leadership — those in attendance made their voices heard when Trump took the field. (RELATED: College GameDay Will Be At West Point For The Army Vs. Navy Game)

The game is underway, but not all the action is on the field! The Academy #Tsunami underway! pic.twitter.com/mNmzbTeDc7

In accordance with tradition, the president spent part of Saturday’s game amid the West Point cadets and part with the Naval Academy cadets. And although he did not keep it on through the entire game, he was spotted wearing a mask with the presidential seal emblazoned on one side. 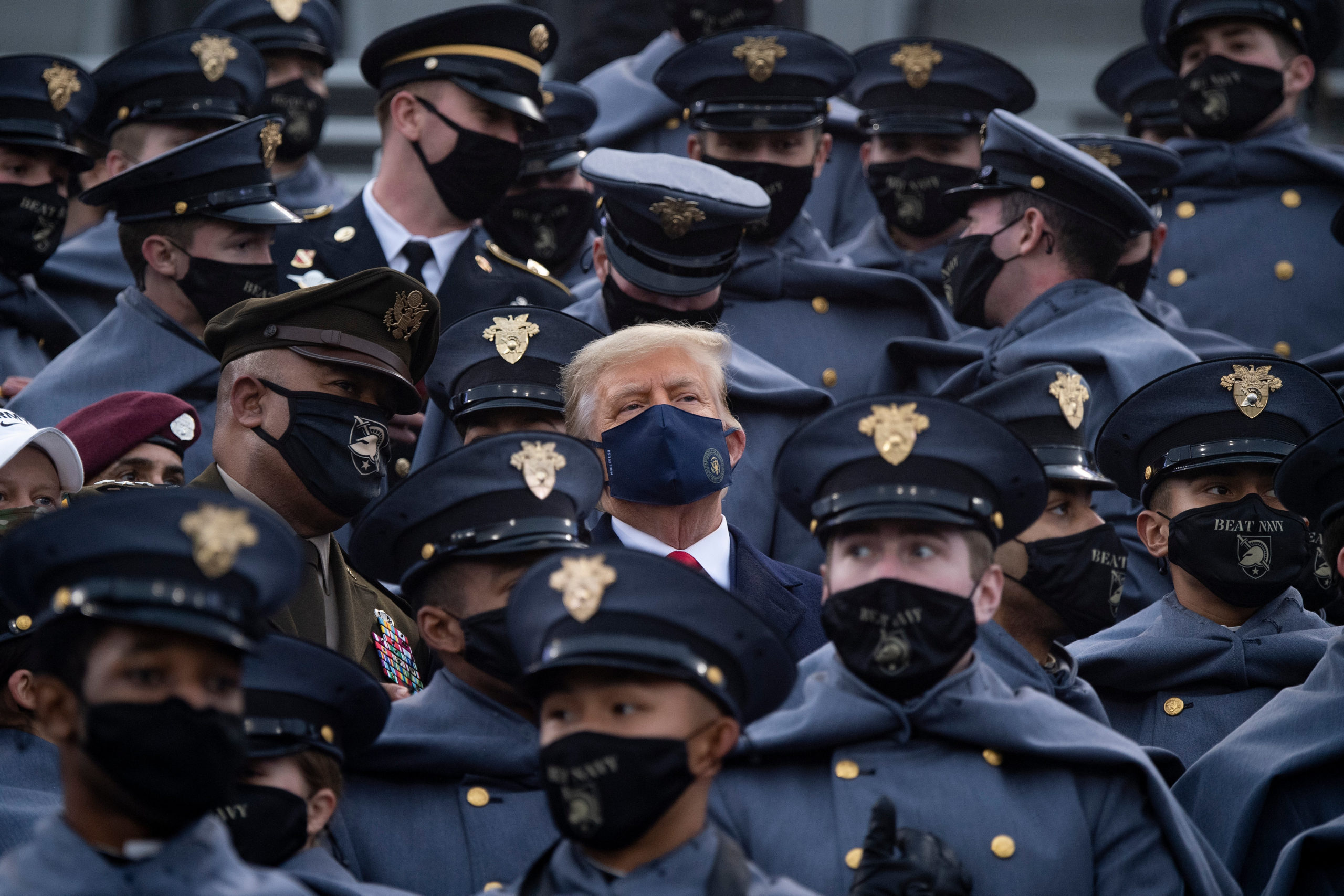 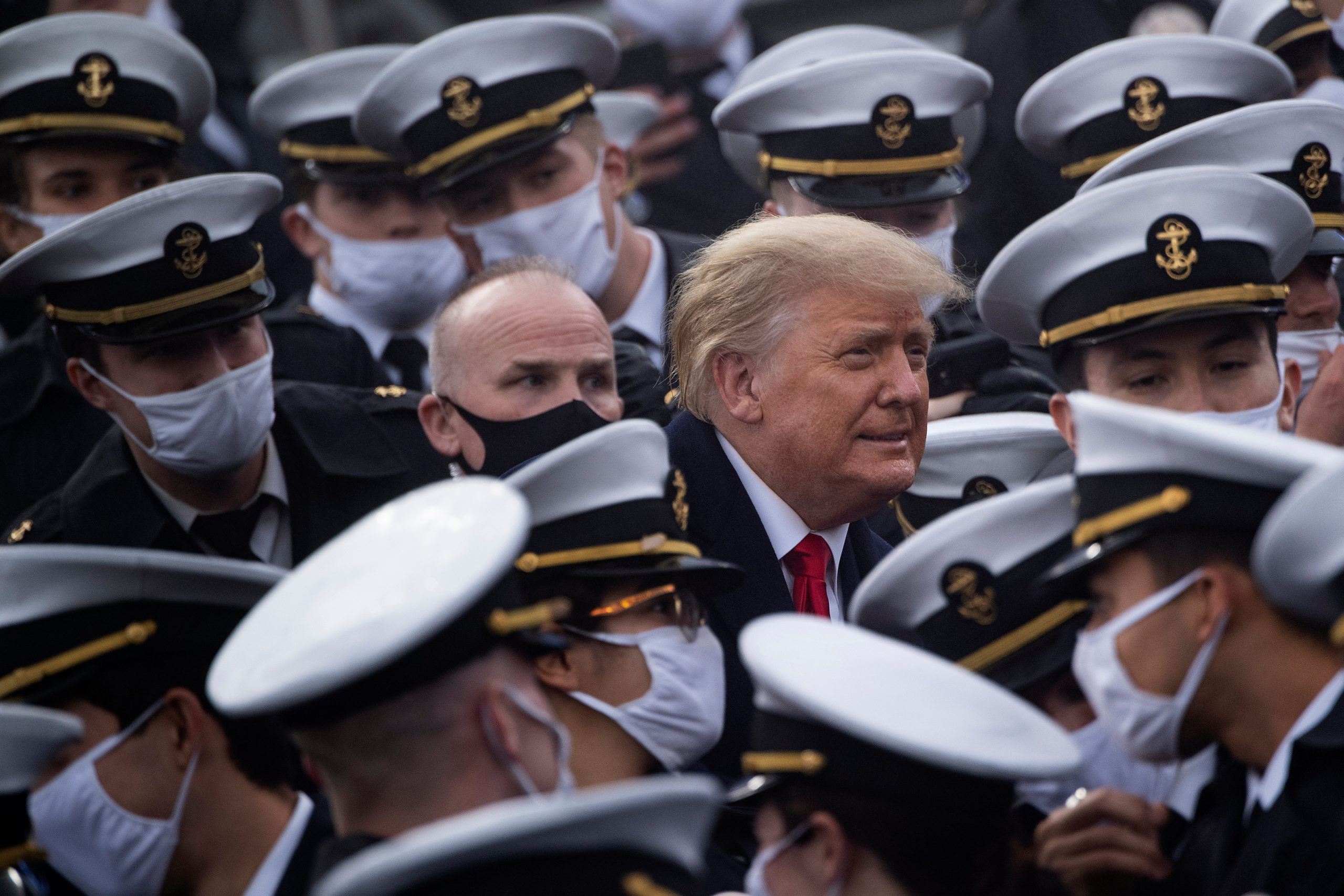 This year marked the first time the annual contest was held at either of the academies over 75 years. With the world at war at the time, the U.S. Naval Academy at Annapolis hosted the game in 1942, and West Point hosted in 1943.

Good morning from West Point!! @CollegeGameDay is HONORED to be on campus for the #ArmyNavy game. First time the game has been on the @WestPoint_USMA Base since WWII in 1943!! We are LIVE at 9am ET! Always a classic. pic.twitter.com/ng5xMaFa7m