Restrictions enacted throughout the coronavirus pandemic have had a devastating effect on children that will continue to have repercussions, experts warn.

“We’re going to almost need a New Deal for an entire generation of kids to give them the opportunity to catch up,” Executive Director of Share Our Strength Billy Shore told NBC News, saying that right now, “we don’t even know what we’re going to be dealing with.”

Elected officials enacted executive orders in the spring requiring Americans to lockdown and stay-at-home, resulting in school closures and remote learning as early as March. Officials have quarreled over whether schools should reopen this fall, and many teachers’ unions have taken strong stances against reopening, arguing that it puts teachers at risk.

Data collected globally indicates that school openings did not cause a surge in coronavirus cases, yet schools in major cities such as Chicago, Philadelphia, Boston and San Diego have not reopened — despite Dr. Anthony Fauci’s late-November recommendation.

NBC News found that the rates of drug and alcohol use among youth, as well as arrest and incarceration rates among youth, have fallen.

But the publication found many negative effects on children compared to years past. Compared to last year, there has been a 24% increase in mental health-related emergency room visits for children aged 5 to 11.

The number of children who do not have enough food increased by more than 6 million: 17 million children now face the danger of not having enough to eat, the publication reported, noting that many of these children formerly relied on free school lunches.

Many students are disproportionately struggling in virtual learning classes compared to last year, NBC found, and the number of students who have missed at least 10% of classes has more than doubled in some school districts. (RELATED: Some School Districts Are Teaching In-Person. One Will Find ‘Every Excuse We Can To Stay Open’)

Three million vulnerable students do not appear to be in school at all, the publication reported — students who are learning English, have disabilities, are in foster care, or who are homeless.

“Recovery from Katrina wasn’t a one-year recovery. We didn’t just bring the kids back and everything fell into place. And this will be the same,” Center on Reinventing Public Education at the University of Washington Associate Director Betheny Gross told NBC.

Gross said that the United States may need more than a vaccine to help children return to normal, adding,  “I don’t think we can just start school next fall and say, ‘Everything’s going to be OK.’” 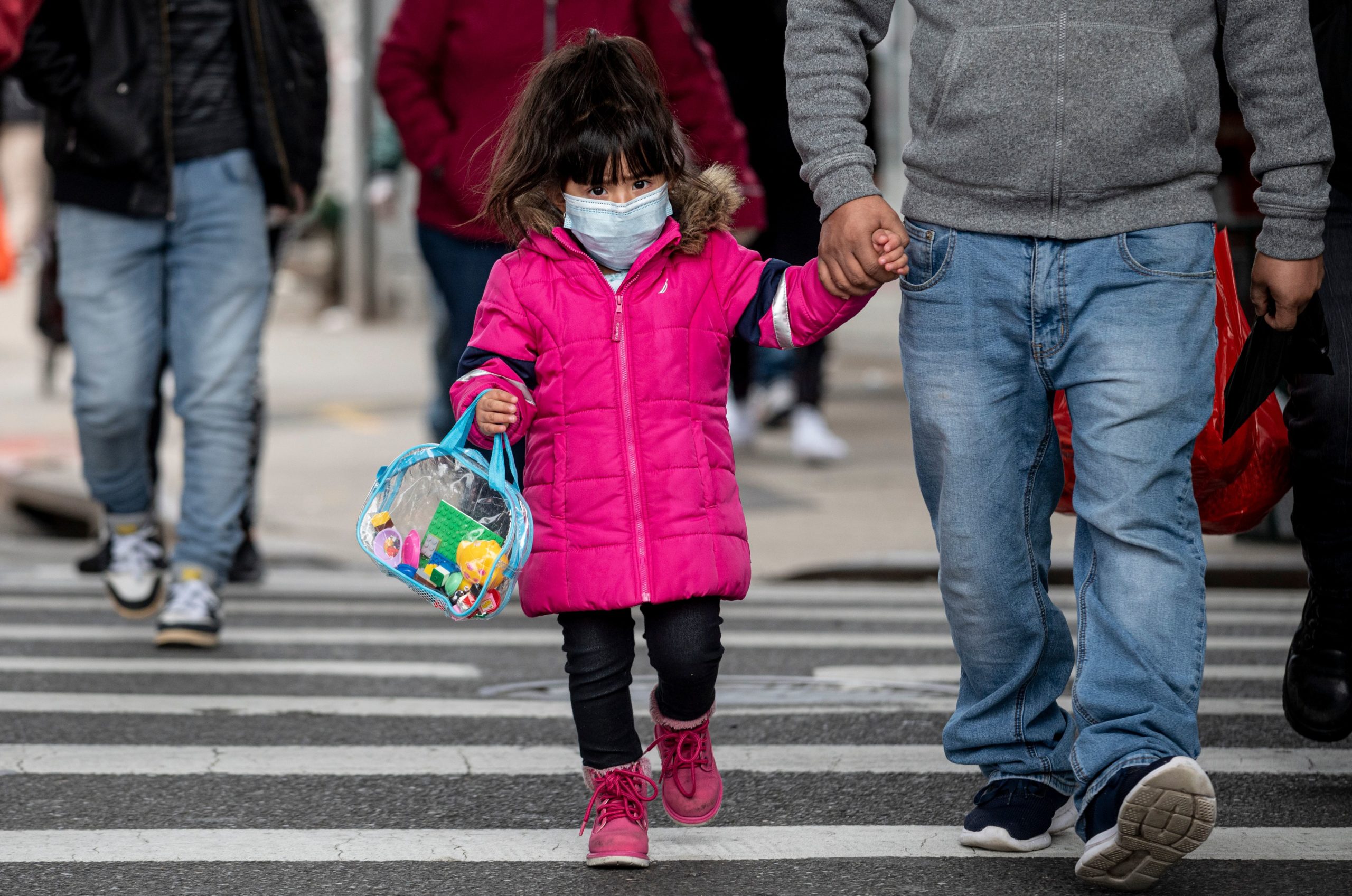 A girl, wearing a mask, walks down a street in the Corona neighborhood of Queens on April 14, 2020 in New York City. – New York will start making tens of thousands of coronavirus test kits a week (Photo by Johannes EISELE / AFP) (Photo by JOHANNES EISELE/AFP via Getty Images)

“If we fail to address this, we’re just compounding trauma. We’re compounding loss,” Barbara Duffield, who advocates for homeless children through SchoolHouse Connection, told NBC. “A student who is homeless, who has a disability, who has been traumatized by the racial violence we’ve seen this year, and then to be disconnected from arguably the only universal support system is disastrous.”

“It means higher rates of suicide,” she continued. “Higher rates of depression, addiction, mental illness and physical disability, particularly for young children who are growing and developing right now. They’ll face more developmental delays leading to deficits in their education as they grow.”

And it will be the most vulnerable children who will be most strongly affected, director of Educational Opportunities Project at the Lawyers’ Committee for Civil Rights Under Law, David Hinojosa, told the publication. (RELATED: Lack Of Internet, Technology, Meals: Teachers Detail Pitfalls Of Remote Teaching During Coronavirus Crisis)

“I can tell you,” he told NBC, citing studies he has reviewed, “that learning time has plummeted, that English learners are being shortchanged of the language acquisition materials and teaching that they need because it’s basically a one-size-fits-all approach, and that students with disabilities have been grossly neglected across the country.”