The CEO of BioNTech, the German drug maker who partnered with Pfizer in developing the world’s first approved coronavirus vaccine, said that he was “confident” it will be effective against a mutated strain of the virus found in the United Kingdom.

“The likelihood that our vaccine works… is relatively high,” Uğur Şahin told reporters during a Tuesday press conference, explaining that the mutated strain still shares approximately 99% of the original strain’s spike protein.

Despite confidence that the original vaccine, which began distribution earlier in December, Şahin added Pfizer and BioNTech are conducting tests to reaffirm the vaccine’s effectiveness, and aim to have the results published in early January. If the vaccine proves to be ineffective then a new vaccine could be developed in just six weeks, Şahin said. 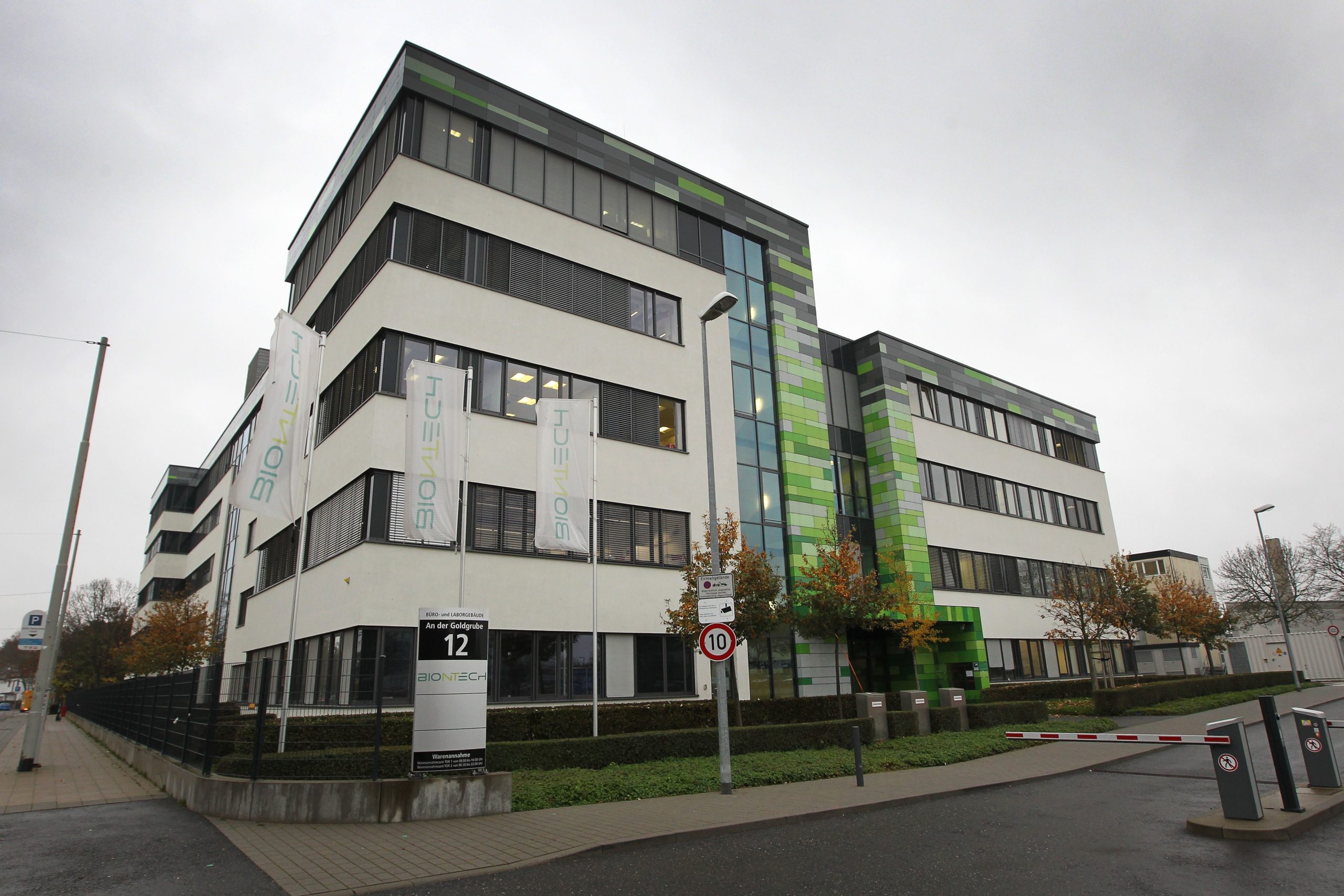 The headquarters of German company Biontech in Mainz, Germany, on November 12, 2020. (DANIEL ROLAND/AFP via Getty Images)

Though health experts believe that the vaccines will be effective against the new strain and that it is no more lethal than the strain that has spread across the globe, they have warned that it could be up to 70% more transmissible.

In response to the new strain, dozens of countries halted travel from the U.K. Monday. The United States has not stopped travel, but multiple airlines announced that they would require travelers from Britain to provide evidence of a negative coronavirus test before flying. (RELATED: New Coronavirus Strain Prompts Fears In Europe)

British Prime Minister Boris Johnson imposed a series of new lockdowns over the weekend following a dramatic spike in cases across the island nation. The lockdowns are the strictest the country has seen since the beginning of the pandemic in March, and extend into 2021.