President Donald Trump on Tuesday authorized the Department of Justice to use classified information in grand jury proceedings connected to a special counsel’s investigation into the origins of the Trump-Russia probe.

In a memo released through the White House, Trump authorized the attorney general “to use classified information as he deems necessary in connection with his review, including in a grand jury or other proceeding.”

It was not immediately clear if the White House memo signals a development in the investigation or that grand jury has been empaneled in the probe, which is being led by U.S. Attorney John Durham.

Attorney General William Barr said in an interview last week that Durham has recently made “significant progress” in his investigation.

The Justice Department did not immediately respond to a request for comment.

Barr tapped Durham May 13, 2019 to conduct a review of the government’s Trump-related intelligence activities during the 2016 presidential campaign. (RELATED: Peter Strzok’s Declassified Messages Give Inside View Of FBI’s Investigation Of Trump Campaign)

Durham’s investigation appears to be following up on findings from a Justice Department inspector general’s report that criticized the FBI for withholding information from the Foreign Intelligence Surveillance Court (FISC) in order to get warrants to surveil Carter Page. 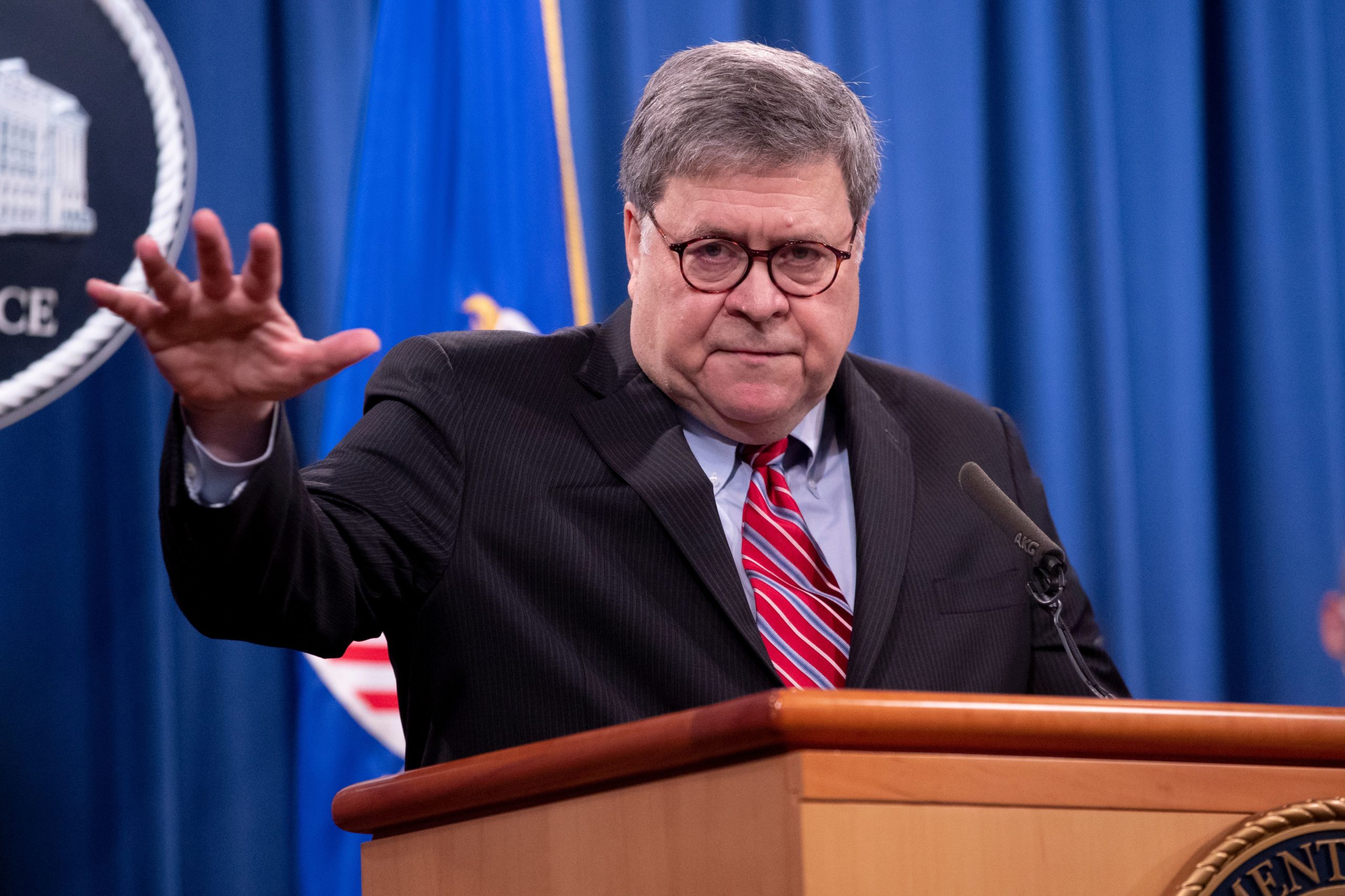 US Attorney General William Barr speaks during a news conference at the US Department of Justice in Washington, DC, on December 21, 2020. (MICHAEL REYNOLDS/POOL/AFP via Getty Images)

FBI investigators relied heavily on the Steele dossier in applications for the surveillance warrants. The IG report criticized the FBI for failing to verify allegations from the dossier, which was funded by the Hillary Clinton campaign and the Democratic National Committee.

Durham has secured one criminal conviction in the investigation. Former FBI attorney Kevin Clinesmith pleaded guilty on Aug. 19 to altering an email from the CIA in June 2017 regarding ex-Trump aide Carter Page’s relationship with the spy agency.

Barr designated Durham as a special counsel on Oct. 19, a maneuver that will likely add political protection to the investigation during the Biden administration.

The order appointing Durham to the role authorized him to produce interim reports about the investigation.

Durham has had access to classified information since the beginning of his investigation.

Trump issued a declassification memo on May 23, 2019, that directed the leaders of various intelligence community agencies to share information with the Justice Department to assist with the Durham probe. John Ratcliffe, the director of national intelligence, said in October that he has provided Durham with around 1,000 pages of documents to the Justice Department in order to assist with the investigation.

In his memo last year, Trump authorized Barr “to declassify, downgrade, or direct the declassification or downgrading of information or intelligence that relates to his review.”

Barr, who is stepping down as attorney general on Wednesday, has declassified a series of documents related to Crossfire Hurricane, the FBI’s investigation of the Trump campaign, as well as the Steele dossier.

Barr has said that he had expected Durham to finish investigation this summer, but that it was delayed because of the coronavirus pandemic.