A male California sea lion that suffered a severe shark bite, domoic acid poisoning and malnutrition has been released back into the ocean after undergoing five weeks of intensive care at the Marine Mammal Center in Sausalito, California.

The rehabilitated sea lion named Jenya had a recovery that Marine Mammal Center veterinarian Dr. Emily Trumbull called “one of the most inspiring patient cases I’ve seen this year,” The State reported.

“Each of these animals presents an opportunity for scientists to better understand the threats they face in the wild and continue to improve rehabilitation efforts for this sentinel species,” Dr. Trumbull said. 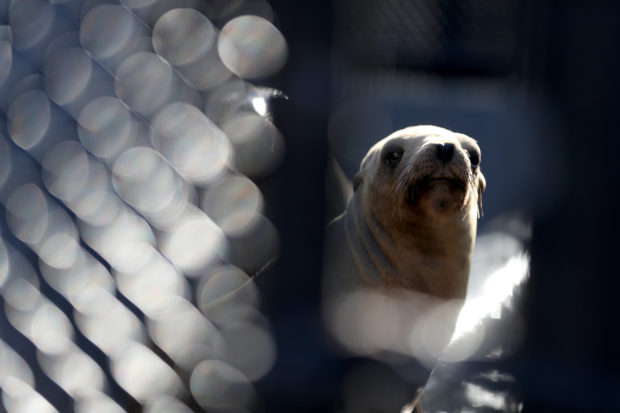 Jenya is one of 440 seals the Marine Mammal Center has cared for in 2020 and was released back into the wild at Rodeo Beach in the Marin Headlands, according to a release on the center’s website. (RELATED: Teen Describes Terrifying Sea Lion Attack At Beach in CA)

“Watching this animal transform back into a feisty, thriving sea lion that’s ready to head home is a testament to the intensive rehabilitative and medical efforts the Center provides sick and injured marine mammals in need,” the release read.

Jenya is a subadult California sea lion who was rescued on Nov. 15 by trained responders at San Francisco’s Aquatic Park following reports of a lethargic sea lion with a large wound in the left shoulder. Veterinary experts confirmed that the sea lion’s wound was consistent with a great white shark bite.

Blood samples also indicated that Jenya was suffering from domoic acid poisoning, a condition caused by eating fish contaminated by toxic algae, according to the Marine Mammal Center website.