The House of Representatives voted to override President Donald Trump’s veto of the National Defense Authorization Act (NDAA), making it the first time the House has overridden a veto from Trump.

In a 322-87 vote, the House voted to override Trump’s veto. The NDAA, for the fiscal year 2021, passed both the House and the Senate but was vetoed by Trump on Dec. 23. Trump said that the NDAA “fails to include critical national security measures, includes provisions that fail to respect our veterans and our military’s history, and contradicts efforts by my Administration to put America first in our national security and foreign policy actions.”

Trump said it would be a “‘gift’ to China and Russia.”

House Minority Leader Kevin McCarthy did not vote, but previously said he would not vote to override the president. 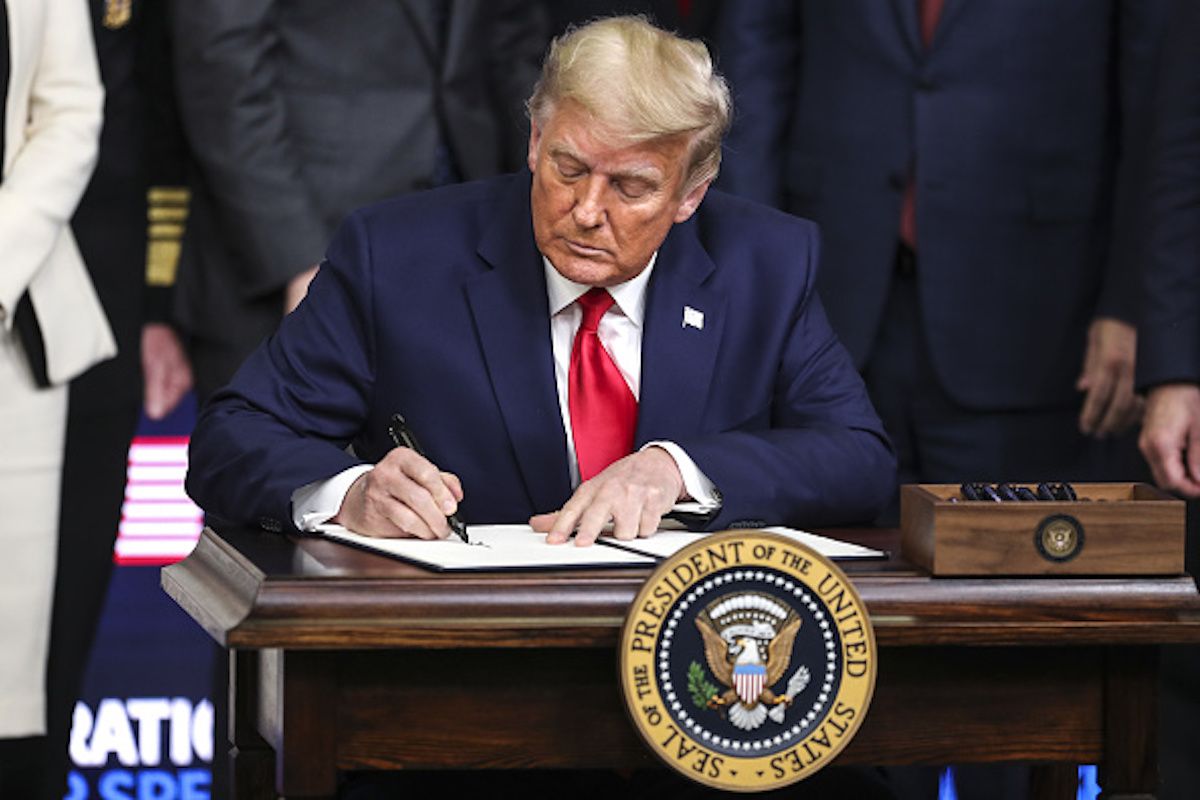 Trump also said that the NDAA “fails even to make any meaningful changes to Section 230 of the Communications Decency Act” and “includes language that would require the renaming of certain military installations.” Trump said Section 230 must be repealed. (RELATED: Trump Vetoes National Defense Authorization Act At The Eleventh Hour Before Heading To Florida For Christmas)

“Section 230 facilitates the spread of foreign disinformation online, which is a serious threat to our national security and election integrity,” Trump wrote Wednesday. “It must be repealed.” (RELATED: Trump Threatens To Veto Defense Authorization Act Unless It Fully Terminates Section 230)

The Senate will now have to vote on the override of the president’s veto.