Colorado Congresswoman-elect Lauren Boebert, alongside 83 other Representatives, have countered an effort by Democratic legislators to disallow politicians from carrying firearms in the Capitol.

Boebert, a vocal supporter of gun rights, rallied the group of lawmakers to oppose a measure by Democratic California Rep. Jared Huffman to prohibit gun carry throughout Capitol grounds. Huffman garnered support from 19 other House members and said the “current regulations,” which allow concealed firearms for politicians, “create needless risk” in a mid-December letter.

“I refuse to give up my Second Amendment rights,” Boebert said in a press release. “I’m a 5-foot tall, 100-pound mom with four children and will be walking to work and serving in one of the most dangerous cities in the U.S.”

The letter from those supporting the ability to carry guns in the Capitol read, “If Members can’t carry on Capitol grounds, they can’t protect themselves in D.C. while making their way to and from their offices to perform their official duties. The ‘last-mile’ transition of self-protection is critical. The current regulations provide transitional coverage once the Member is physically on campus.”

Boebert is the owner of Shooters Grill in Rifle, Colorado, a gun-themed restaurant where waitstaff openly carry pistols. The restauranteur has also insisted that she plans to carry her Glock while serving in Washington, D.C,, the Denver Post reported in late November. 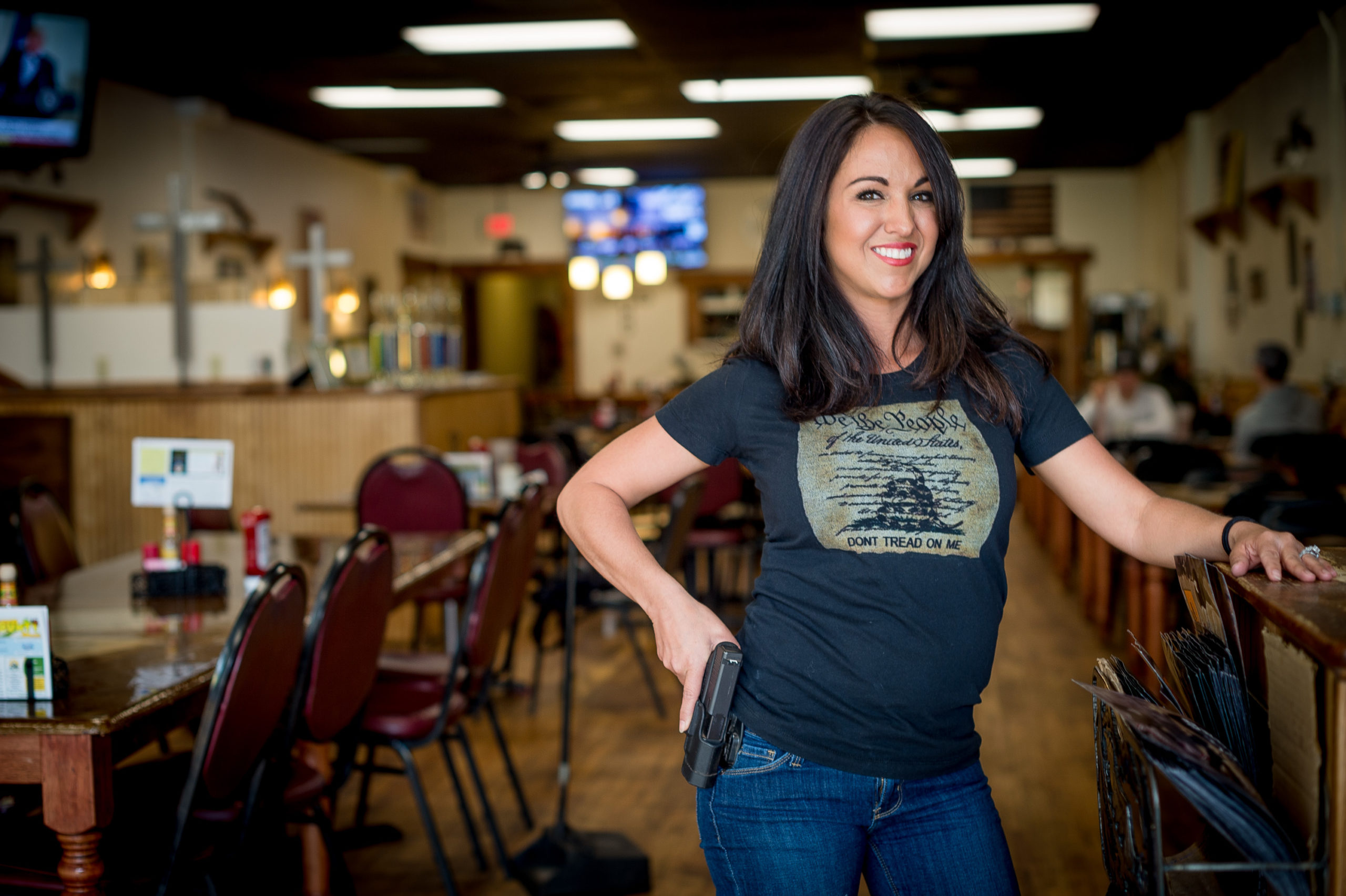 Owner Lauren Boebert poses for a portrait at Shooters Grill in Rifle, Colorado on April 24, 2018. (EMILY KASK/AFP via Getty Images)

The incoming Representative cited the June 2017 incident where a gunman opened fire on a Republican Congressional baseball game, injuring Louisiana Rep. Steve Scalise, and the group mentioned a 1998 attack, where a man killed two police officers in a shootout inside the Capitol, to bolster their claims. (RELATED: Newly-Elected Congresswoman Asks Capitol Police For Permission To Carry Her Glock)

“Millions of Americans go to work every day while carrying firearms for self-defense,” Erich Pratt, senior vice president of the Gun Owners of America, a prominent Second Amendment group, said in the release. “So why shouldn’t Members of Congress or their staff be able to do the same? Criminals won’t follow the laws, and they will always manage to get their hands on weapons, regardless of the restrictions in place.”

Both Boebert’s and Huffman’s offices did not immediately respond to requests for comment from the Daily Caller News Foundation at the time of publishing.