The Associated Press called the race for Warnock around 2:00 a.m. EST Wednesday morning.

BREAKING: Raphael Warnock wins Georgia Senate runoff election, bringing Democrats to within one seat of wresting control of the chamber from the Republicans. https://t.co/UJNUekiflk

“We were told that we couldn’t win this election,” Warnock said in a speech delivered before the race was called, according to the NYT. “But tonight, we proved that with hope, hard work and the people by our side, anything is possible.”

If Warnock and Ossoff both win, the Senate will be split 50-50 and the tie-breaking vote will go to Vice President-elect Kamala Harris.

Meanwhile, President-elect Joe Biden and Vice President-elect Kamala Harris both campaigned for Warnock in the state. Biden spoke for around an hour on Monday for the candidate. 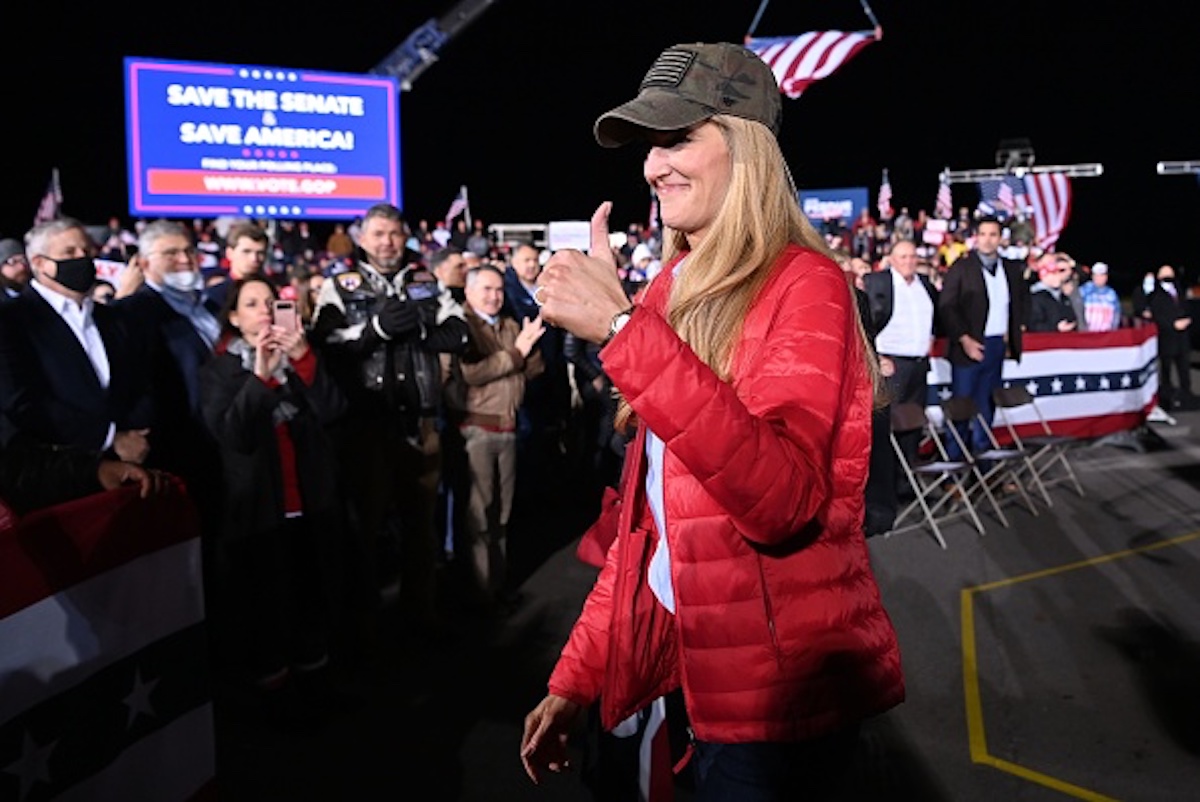 Warnock faced criticism throughout the race for an incident with his then-wife Ouleye Ndoye, after audio was released of her appearing to tell police in March that her husband is “a great actor” and “phenomenal at putting on a really good show” after he denied running over her foot on purpose. (RELATED: Georgia Dem Senate Candidate Raphael Warnock Criticized Second Amendment Multiple Times In His Sermons)

In Loeffler and Warnock’s only debate held in December, Warnock refused to say whether he supports “court-packing,” or adding seats to the Supreme Court.

Loeffler continued to hit Warnock for his views on the Second Amendment. Warnock openly voiced his concern with guns in multiple videos reviewed by the Daily Caller and has said he believes Georgia needs stricter gun laws. Warnock also has been supported by a number of groups who support a ban on assault weapons.

Both Loeffler and Perdue called on Georgia Secretary of State Brad Raffensperger to resign over the management of the elections throughout the state in a November statement. (RELATED: Will Trump’s ‘Rigged Election’ Claims Hurt The GOP’s Chances In Georgia’s Senate Runoffs?)

“The management of Georgia elections has become an embarrassment for our state. Georgians are outraged, and rightly so. We have been clear from the beginning: every legal vote cast should be counted. Any illegal vote must not. And there must be transparency and uniformity in the counting process. This isn’t hard. This isn’t partisan. This is American. We believe when there are failures, they need to be called out — even when it’s in your own party,” the statement read.

Loeffler said Monday night that she will object during Congress’s counting of the Electoral College vote on Jan. 6., joining over a dozen senators in the effort. (RELATED: Sen. Kelly Loeffler To Object During Electoral College Certification Process On January 6)

“Elections are the bedrock of our democracy and the American people deserve to be 100% confident in our election systems and its outcomes. But right now, tens of millions of Americans have real concerns about the way in which the November Presidential election was conducted—and I share their concerns,” Loeffler said in a statement to Fox News.

Ossoff, who ran against Perdue, falsely accused Loeffler of campaigning with “a klansman.” Loeffler says the man was in a photo line at a campaign event and immediately disavowed his presence and condemned the man when she was alerted who it was. (RELATED: Jon Ossoff Blows Off Jake Tapper’s Challenge To Claim That Kelly Loeffler ‘Campaigned With A Klansman’)

Loeffler also faced criticism from Ossoff after reports surfaced that she sold stocks after a closed-door Senate-only meeting previewing the impact of the coronavirus pandemic, which was investigated and not found to be true.