Acting Department of Homeland Security Secretary Chad Wolf announced Thursday that he will not leave his post ahead of President-elect Joe Biden’s inauguration and called on President Donald Trump to condemn the mob of rioting Trump supporters who stormed the United States Capitol on Wednesday.

“What transpired yesterday was tragic and sickening,” Wolf said in a statement regarding Wednesday’s violence. “While I have consistently condemned political violence on both sides of the aisle, specifically violence directed at law enforcement, we now see some supporters of the President using violence as a means to achieve political ends. This is unacceptable. These violent actions are unconscionable, and I implore the President and all elected officials to strongly condemn the violence that took place yesterday. ” (RELATED: Stephanie Grisham, Melania’s Chief Of Staff And Trump’s Former Press Secretary, Resigns After DC Riot) 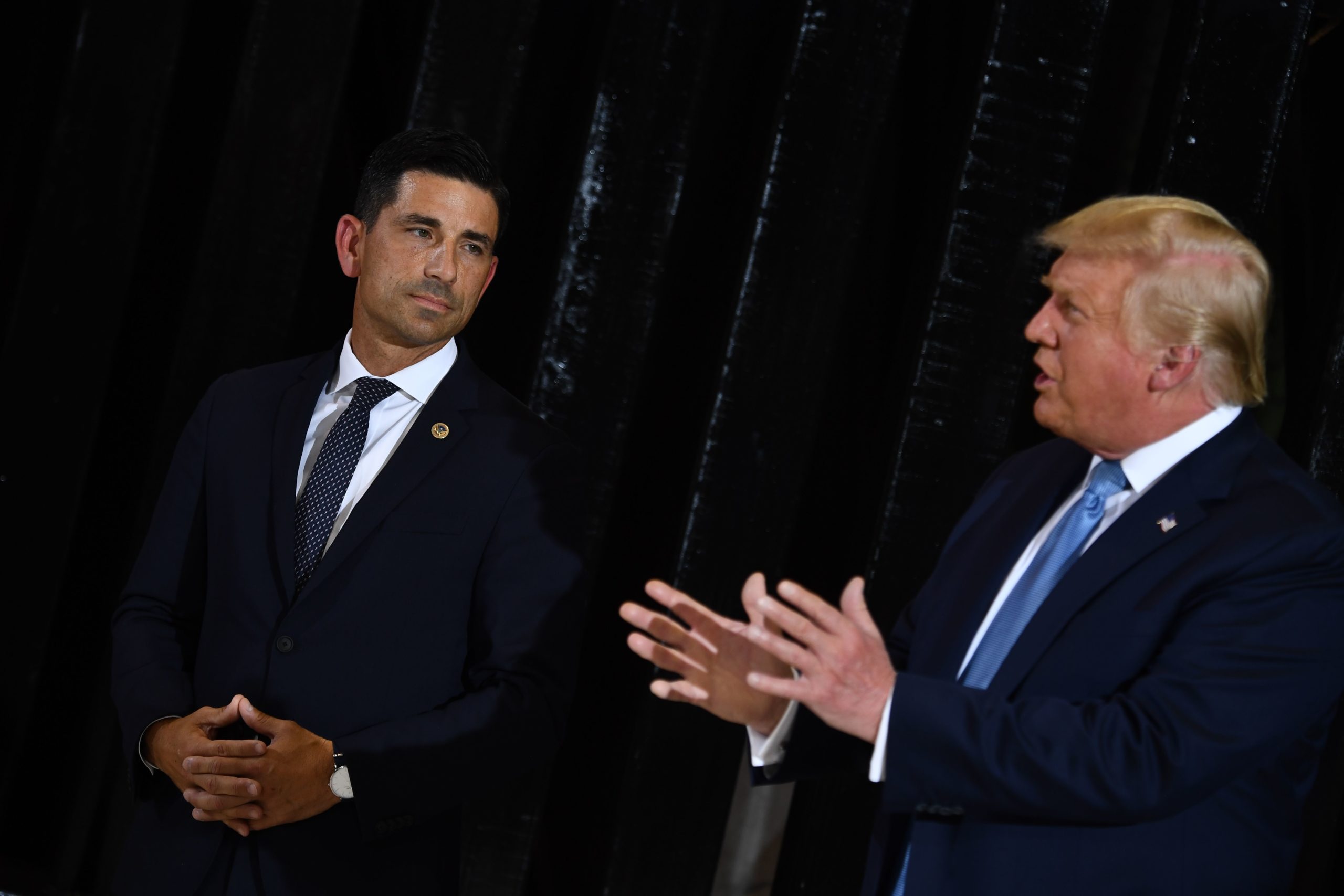 US President Donald Trump delivers remarks on immigration and border security to members of the border patrol as Acting secretary of Homeland Security, Chad Wolf (L) looks on at the international airport in Yuma, Arizona on Aug. 18, 2020. (Photo by BRENDAN SMIALOWSKI/AFP via Getty Images)

“DHS takes the safety and security of all Americans very seriously—it’s at the core of our mission to defend our homeland. Any appearance of inciting violence by an elected official goes against who we are as Americans,” he continued. “Every American is guaranteed the right to peacefully protest, but once those protests become violent, we should enforce our laws and bring those responsible to justice—regardless of political motivations. After a challenging and saddening 2020, it’s time for every American to respect each other and the rule of law in 2021.”

He closed with a commitment to remaining in his post until Jan. 20 and to ensuring “the Department’s focus remains on the serious threats facing our country and an orderly transition to President-elect Biden’s DHS team.”

“I can’t stay,” Mulvaney told CNBC Thursday morning. “We didn’t sign up for what you saw last night.”