Democratic Massachusetts Rep. Katherine Clark said Friday that the House of Representatives will move forward on impeaching President Donald Trump by “mid-next week” if he is not removed by the 25th Amendment.

“If the reports are correct and [Vice President] Mike Pence is not going to uphold his oath of office and remove the president and help protect our democracy, then we will move forward with impeachment to do just that,” Clark, who is also assistant House Speaker, told CNN’s “New Day.”

“That will be, you know, as early as mid-next week,” she said. (RELATED: ‘Did You Listen To The President’s Speech?’ Trey Gowdy Throws Question Back at Fox News Anchor, Says He’s ‘Not Real Sure’ What Republican Party Stands For)

George Washington University professor and Constitutional law expert Jonathan Turley told Fox News that although it is possible to invoke the 25th Amendment prior to Trump’s departure, it is “extremely unlikely.” That legislative tool would allow Pence and a majority of the cabinet to oust the president if he is deemed unable to perform duties.

Clark insisted that “Donald Trump needs to be removed from office” as she promised the Democratic-controlled House would “proceed with every tool” it has “to make sure that that happens to protect our democracy.”

Many prominent Republicans are turning against Trump after the chaos and destruction in the Capitol on Wednesday. There have been calls to impeach Trump after rioters stormed the Capitol building, bringing chaos and violence to the Electoral College vote certification proceedings.

Former Republican New Jersey Gov. Chris Christie suggested Trump was to blame for the riots by encouraging his supporters to reject the results of the 2020 presidential election. Republican Wyoming Rep. Liz Cheney claimed Trump “lit the flame” of the riot.

Clark also referenced the riot, saying “we have a president who incited a seditious mob to storm the Capitol … the harm to our democracy is really unfathomable.”

She also suggested Trump is “a president who has turned on us. He is a traitor. He has incited violence and perpetuated a lie that he won this election.” (RELATED: ‘I’m Distraught’: Freshman GOP Rep Nancy Mace Says Trump’s Legacy Has Been ‘Wiped Out’) 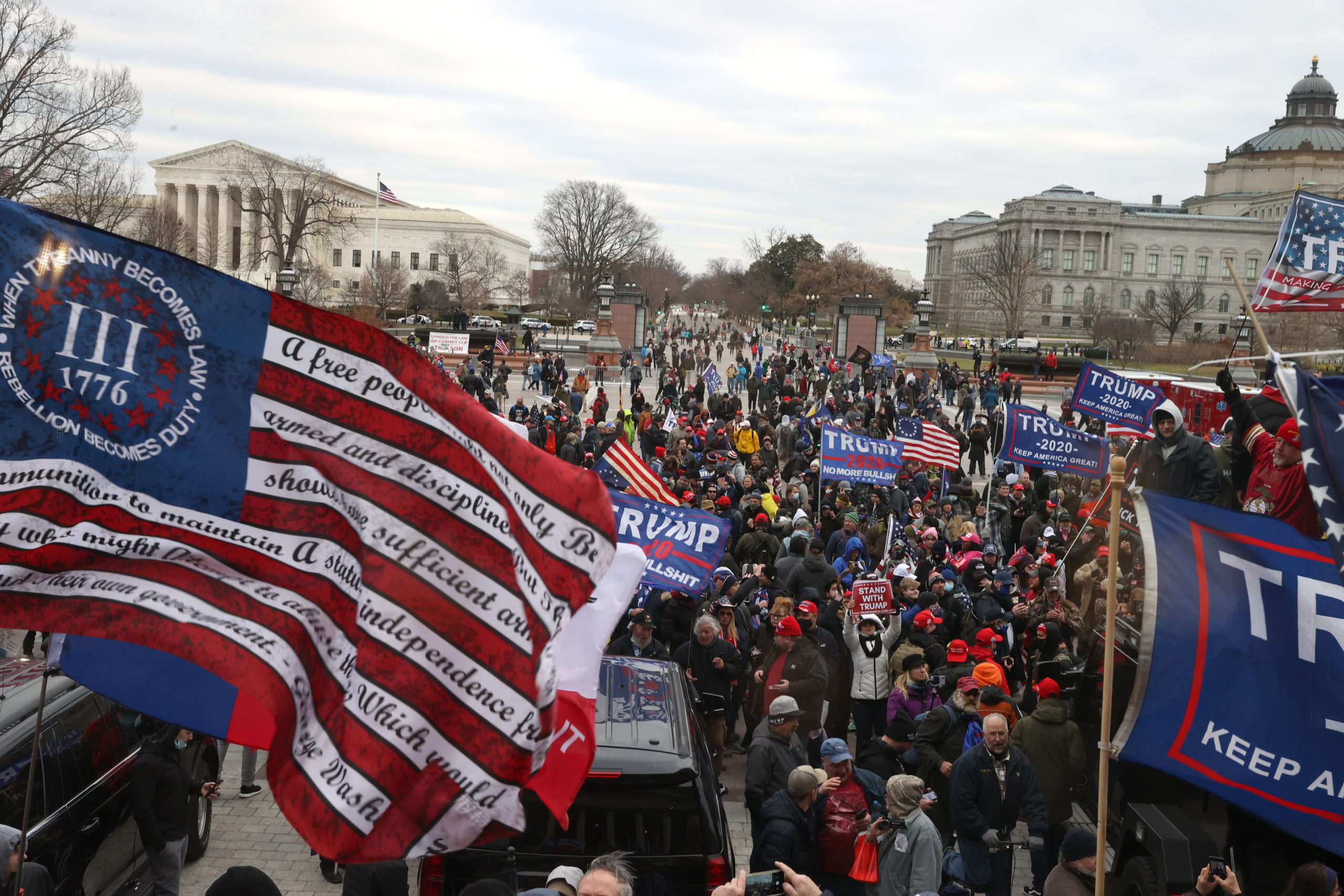 The assistant Speaker would not speculate how many, if any, Republicans would follow the Democratic lead in impeachment.

“I can’t answer for the GOP; but they are going to have to answer to history,” she said.

In a video statement released Thursday on Twitter, Trump spoke about the riot.

“Like all Americans, I am outraged by the violence, lawlessness and mayhem,” he said, as he seemed to promise a “smooth” transition of power.