Democrats in the House of Representatives will introduce at least one article of impeachment against President Donald Trump on Monday morning after a pro-Trump mob stormed the U.S. Capitol.

The House impeachment resolution is led by Democratic Reps. David Cicilline of Rhode Island, Jamie Raskin of Maryland and Ted Lieu of California and charges Trump with one article of “incitement of insurrection.”

House Majority Leader Steny Hoyer will introduce the resolution, which calls on Vice President Mike Pence to invoke the 25th Amendment to remove Trump from office, NBC News reported. Hoyer will need unanimous consent to pass the resolution. If one member objects, there will be a floor vote to impeach Trump in the House. 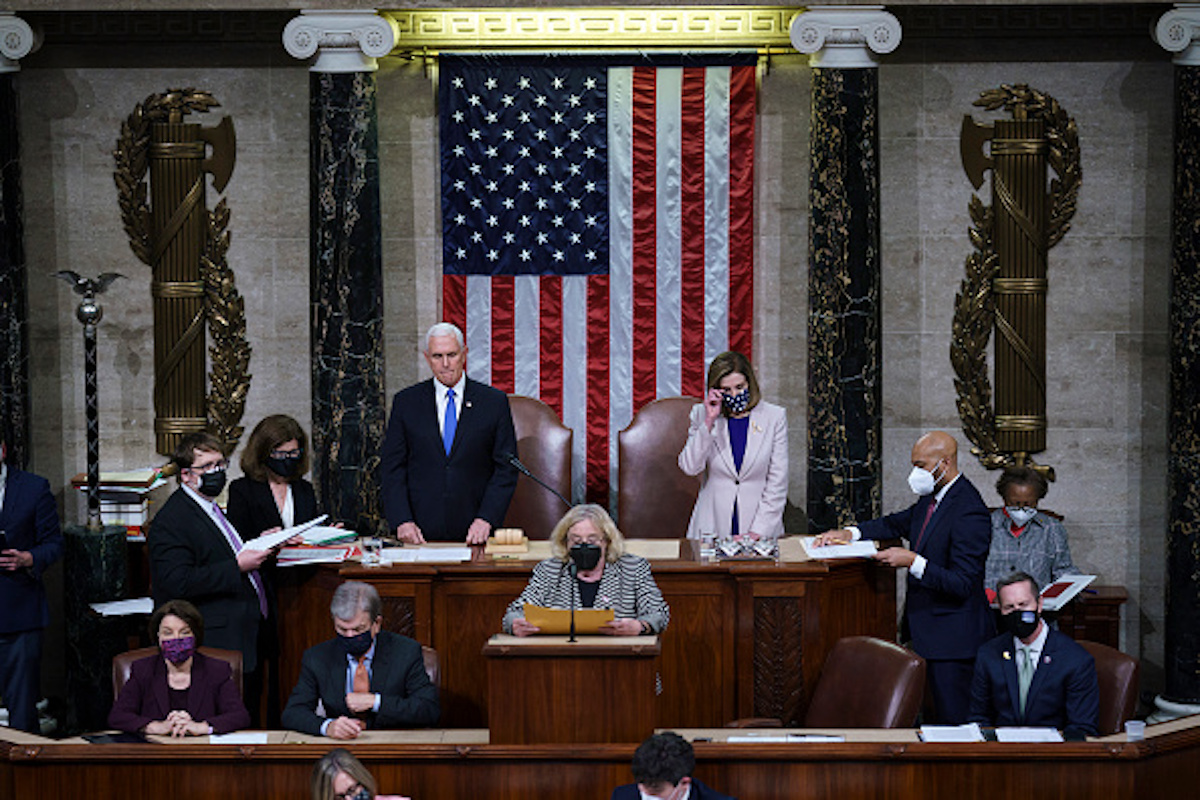 Vice President Mike Pence and Speaker of the House Nancy Pelosi, D-Calif., prepare to read the final certification of Electoral College votes cast in November’s presidential election during a joint session of Congress after working through the night, at the Capitol on January 7, 2021 in Washington, DC. (Photo by J. Scott Applewhite – Pool/Getty Images)

Speaker of the House Nancy Pelosi sent a letter Sunday night to Democrats, explaining the move.

“We are calling on the Vice President to respond within 24 hours,” Pelosi said in the letter. (RELATED: First Lady Melania Trump Breaks Silence On Capitol Riot)

The House of Representatives voted to impeach Trump in December of 2019 after months of debate. (RELATED: House Votes To Impeach President Trump)