A man who was seen walking through the Capitol building carrying a Confederate flag during a Jan. 6 riot was charged in D.C. federal court Thursday.

Kevin Seefried and his son, Hunter Seefried, were charged for knowingly entering or remaining in any restricted building or grounds without lawful authority, violent entry and disorderly conduct on Capitol grounds, and depredation of government property, a Thursday press release from the Department of Justice confirmed. The FBI was able to confirm that Kevin Seefried was the man who was photographed walking through the Capitol building holding a large Confederate flag by using his driver’s license photo, a Wednesday affidavit from FBI special agent Katherine Pattillo said. (RELATED: Photos: The Political Symbols Of The Capitol Riot) 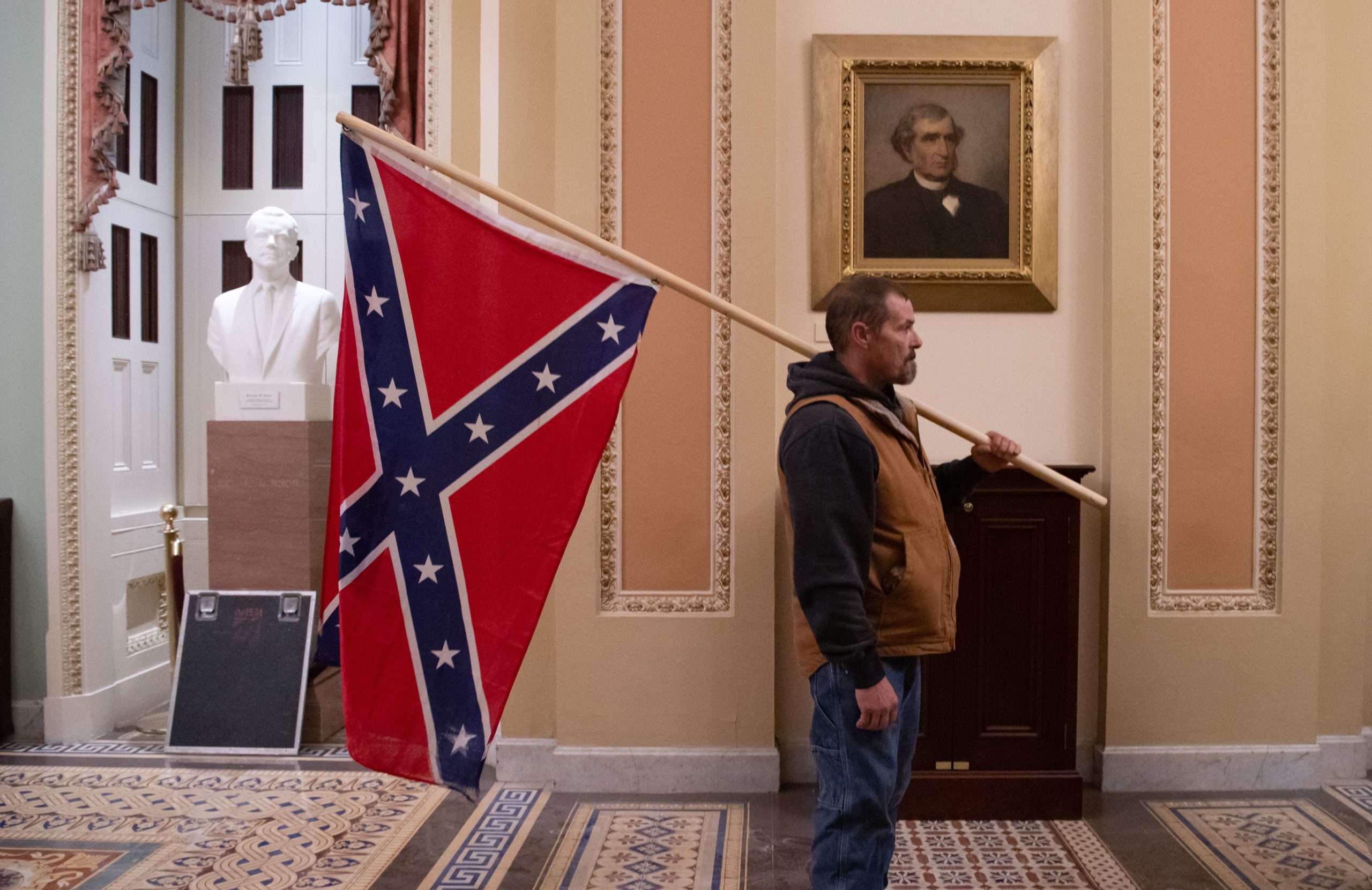 A supporter of US President Donald Trump holds a Confederate flag outside the Senate Chamber during a protest after breaching the US Capitol in Washington, DC, January 6, 2021. – The demonstrators breeched security and entered the Capitol as Congress debated the 2020 presidential election Electoral Vote Certification. (Photo by Saul Loeb/AFP via Getty Images)

Kevin and Hunter Seefried are accused of entering the Senate building shortly after 2:00 PM through a broken window during the riot. Video footage that was posted on Twitter showed Hunter Seefried punching out a glass window at the Capitol building after people around him broke it with a piece of wood, the affidavit said. While in the building, the men were allegedly part of a larger group who verbally confronted Capitol Police officers for 15 minutes before exiting the Capitol around 2:36 PM, according to the affidavit.

The FBI was able to identify the father-son duo after receiving a report from one of Hunter Seefried’s coworkers that he was bragging about being in the Capitol building during the riot. Both men admitted to the FBI during the Tuesday interview that they had participated in the riot, according to the affidavit.

Kevin Seefried said that he brought the Confederate flag to D.C. from his Delaware home when he came to the nation’s capital to participate in a pro-Trump march, the affidavit said.