The Democratic Party’s twin Senate victories in Georgia on Jan. 5 gave it full control of Congress and the White House, giving President-elect Joe Biden at least two years to pass parts of his agenda with Republicans powerless to stop votes or control what legislation appears on the House and Senate floors.

Though Biden will be sworn in on Jan. 20, officially giving his party full control of the legislative and executive branches, the Democratic Party’s majorities in Congress are slim, with only 219 seats in the House compared to Republicans’ 211 (five seats remain vacant). An even split in the Senate, gives Democrats the majority with Vice President-elect Harris’s tie-breaking vote.

The majority also gives Democrats control of congressional committees, allowing them to hold hearings and issue subpoenas in line with the party’s agenda. They will also have enough support to confirm judicial nominees without Republican votes and control what legislation does and does not make it to the floor, meaning that most liberal legislation passed by the House will likely be voted on in the Senate.

But they likely will not have enough support to pass many progressive priorities like court-packing and the Green New Deal. Additionally, Biden’s own legislative platform omits many hot-button issues pushed by progressives, including efforts to defund the police and impose gun control legislation.

“Biden’s moderate inclination is only encouraged by a 50-50 Senate,” NBC News analyst David Mark wrote on Jan. 12. “While every senator will potentially have leverage to block bills or hold them hostage, Democratic lawmakers know that going rogue would hand legislative victories to Republicans, because they would only keep their own bills from passing.”

“Democrats will have no choice but to back Biden, because, when necessary, he can try to secure Republican votes by reaching just a little to the right — and staying moderate on policy gives him more leeway to do so,” he continued.

Further, Biden’s early agenda will likely be focused almost exclusively on beating the pandemic and bringing back the economy, meaning that other more polarizing issues will, at least initially, be pushed aside. 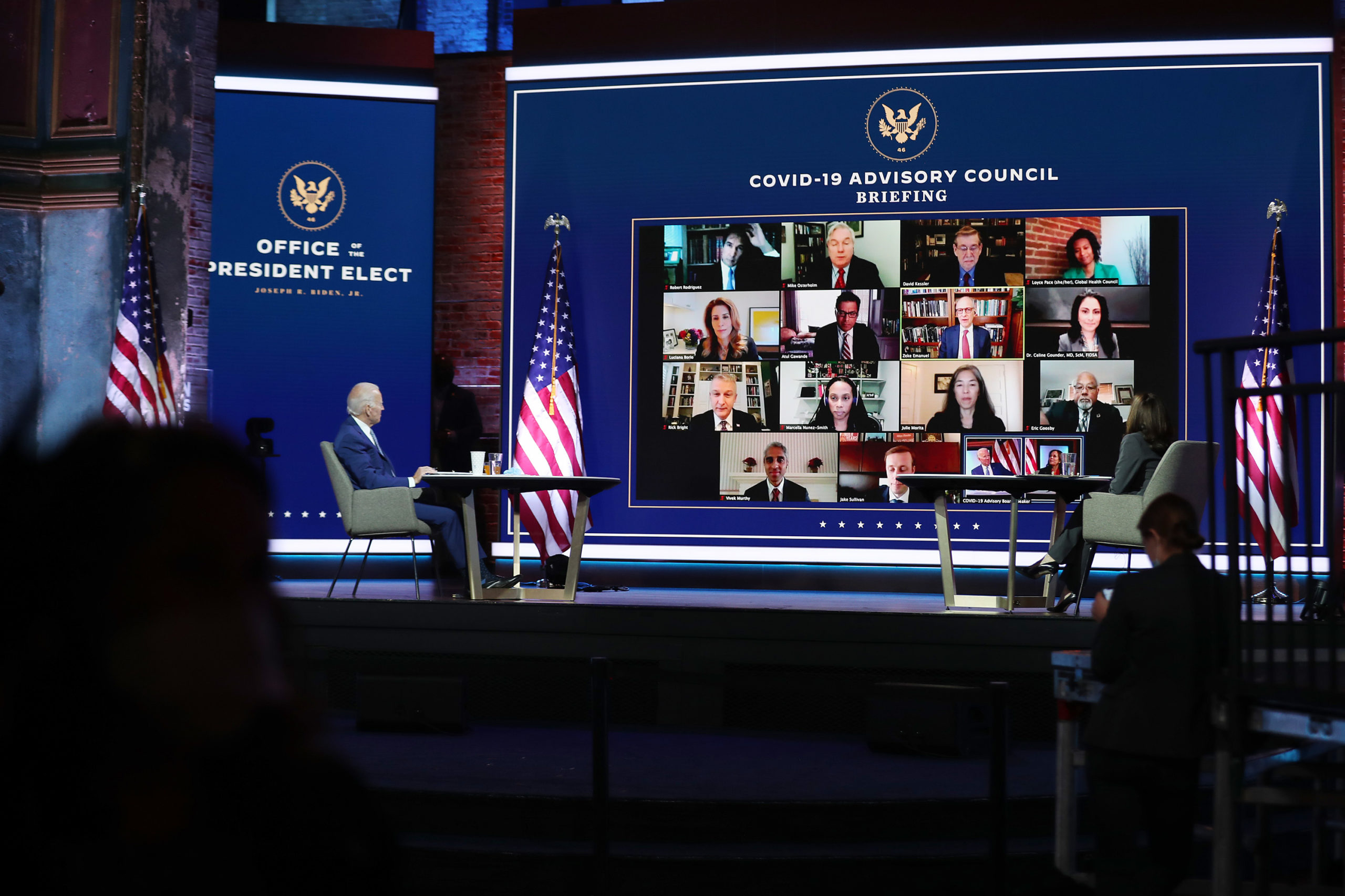 But many of the items Biden has advocated face uphill battles as well, since Senate rules allow lawmakers to filibuster most pieces of legislation, essentially allowing them to block its passage. While a filibuster can be overridden, it requires 60 votes for the Senate to do so, meaning that even legislation that gains the support of moderate Republicans like Sens. Susan Collins of Maine, Lisa Murkowski of Alaska, and Mitt Romney of Utah may still not have enough votes to pass. (RELATED: Biden Comes Out Against The Green New Deal)

Some Democrats have pushed to abolish the filibuster altogether, allowing any legislation to pass with a simple majority. But doing so requires a majority of the Senate to vote in favor, and West Virginia Sen. Joe Manchin has already said he will not vote to do so, meaning that the filibuster is unlikely to go anywhere as long as the Senate remains 50-50.

“There has to be responsibility in gun ownership, [but] I’m not going to eliminate people having their guns,” he said. 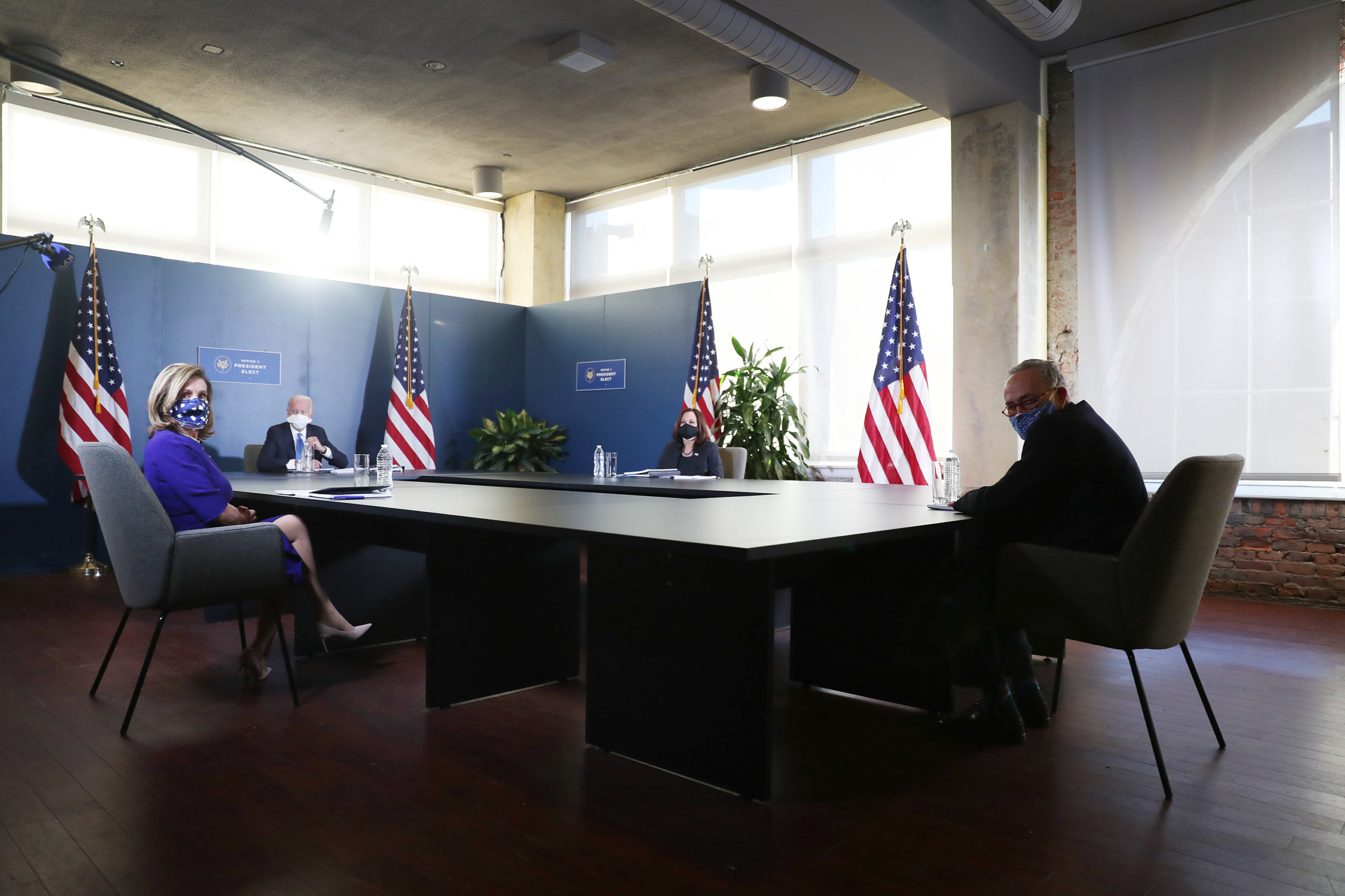 Democrats can, however, pass certain legislation with a simple majority through a process called budget reconciliation, which exempts legislation pertaining to taxes and broader government spending. (Budget reconciliation was what allowed Senate Republicans to pass the 2017 Tax Cuts and Jobs Act with fewer than 60 votes.)

So while Democrats likely do not have the votes to enact policies like D.C. statehood or gerrymandering reforms, they still theoretically could pass paid parental and sick leave, infrastructure spending and a sweeping coronavirus relief package that includes $2,000 checks.

While $2,000 stimulus payments stalled in the Senate after Republicans it in December, Sens.-elect Jon Ossoff and Rev. Raphael Warnock centered their campaigns around increased payments in the days before the runoffs, making them a reality once again.

We can pass $2000 relief checks for the people, but we have to win this Senate election.

“One of the first things that I want to do when our new senators are seated is deliver the $2,000 checks to the American families,” incoming Senate Majority Leader Chuck Schumer told reporters the day after the Georgians won.

Additionally, some Republicans have shown willingness to work with Biden where they can for the good of the country.

Biden “and I have a longstanding relationship that goes back many years,” Collins told Politico after Biden’s victory in November. “We worked on issues when we were together in the Senate as well as when he was vice president.”

But even with budget reconciliation, a 50-50 Senate means that any Democratic-backed legislation will almost certainly need the support of moderate Democrats like Manchin, Arizona Sen. Kyrsten Sinema and Montana Sen. Jon Tester, which could put the party in a tight spot. If legislation is deemed too liberal, then any moderate could vote against it, but if any legislation is not liberal enough, the progressives like Vermont Sen. Bernie Sanders could withdraw their support as well.