Amazon will pay $61.7 million after being accused of withholding tips from their Amazon Flex delivery drivers, the Federal Trade Commission (FTC) announced Tuesday.

The Amazon Flex program allows drivers who are classified as independent contractors to deliver goods using their own vehicles. Amazon repeatedly advertised that drivers would be paid between $18 and $25 an hour in addition to keeping 100% of customer tips, the FTC complaint alleges. Customers were also told that the drivers would keep 100% of the tips, according to the complaint.

“Rather than passing along 100 percent of customers’ tips to drivers, as it had promised to do, Amazon used the money itself,” Acting Director of the FTC’s Bureau of Consumer Protection Daniel Kaufman claimed in a statement. (RELATED: Here’s Why Corporations Support A $15 Minimum Wage And Small Businesses Don’t) 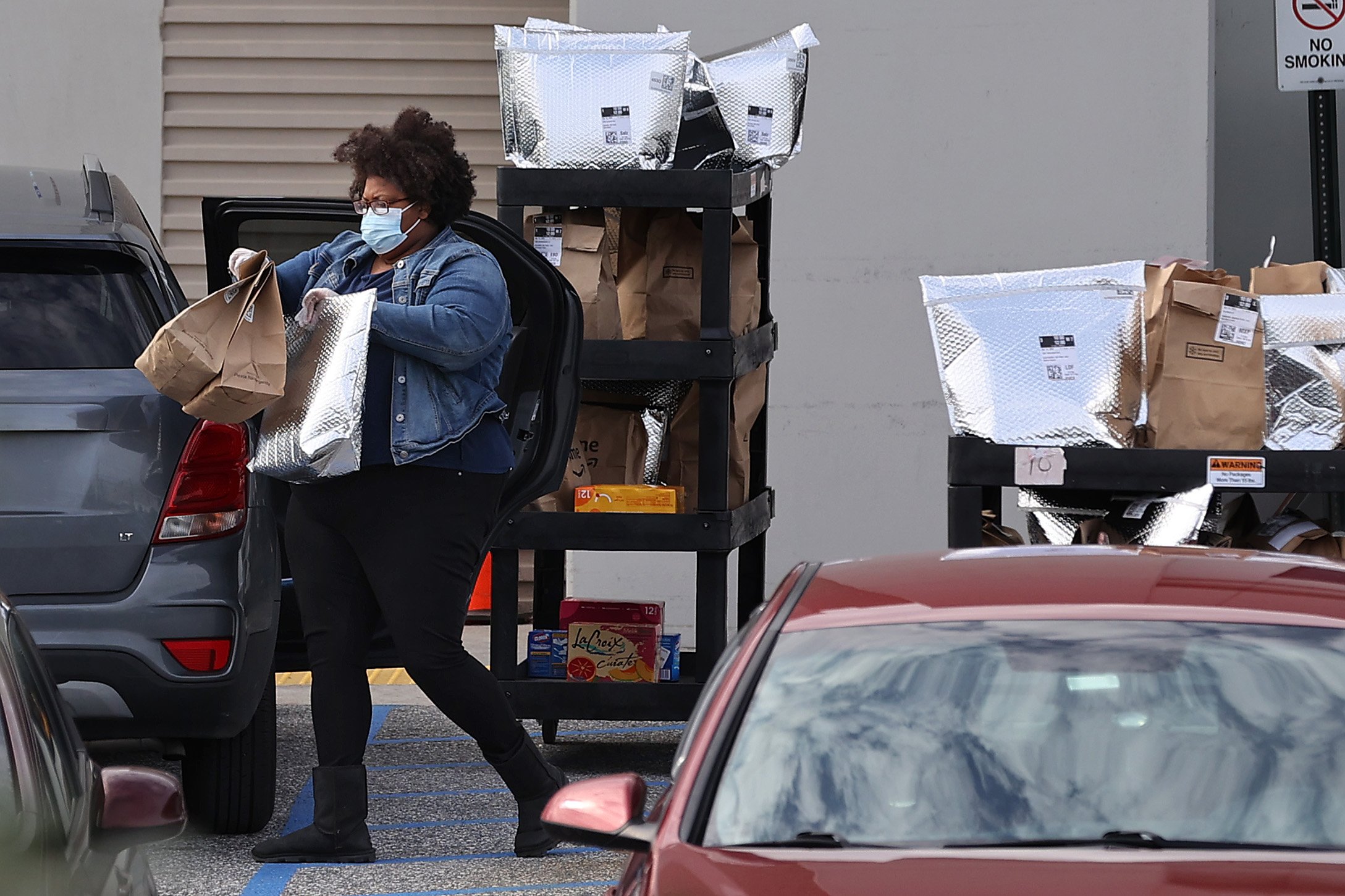 An Amazon Flex driver loads their personal vehicle with packages outside the 1.2 million-square-foot BWI2 Amazon Fulfillment Center in the Chesapeake Commerce Center April 14, 2020 in Baltimore, Maryland. While some workers across the country have expressed concern about what steps Amazon is doing to protect workers from COVID-19, the online retailer hired 100,000 people in March says it wants to add another 75,000 full and part-time jobs due to rising demand during the coronavirus pandemic. (Photo by Chip Somodevilla/Getty Images)

Amazon lowered the hourly rate that the drivers were being paid in late 2016 without disclosing the change to the drivers, using some of the drivers’ tips to make up the difference, the FTC alleges. This practice allegedly continued for 2 1/2 years, stopping in 2019 once the company became aware that the FTC was investigating, according to the statement.

Amazon took steps to cover up its new payment method so that drivers wouldn’t become aware of it, the complaint says, but Amazon has challenged this specific allegation.

“While we disagree that the historical way we reported pay to drivers was unclear, we added additional clarity in 2019 and are pleased to put this matter behind us,” an Amazon spokesperson told Business Insider. “Amazon Flex delivery partners play an important role in serving customers every day, which is why they earn among the best in the industry at over $25 per hour on average.”

Hundreds of drivers allegedly complained once they noticed the amount of money they were making was decreasing, but the responses to complaints continued to assert that drivers were keeping 100% of their tips. Employees who were aware of the practice referred to the company’s handling of the situation as an “Amazon reputation tinderbox” and “a huge PR risk to Amazon,” according to a press release from the FTC. (RELATED: Amazon Offers To Help Biden Administration With Vaccine Effort After Sitting On The Sidelines For A Month)

Under the terms of the settlement, Amazon will use the $61.7 million to compensate drivers for lost income. The company will also be prohibited from making changes to its payment policies without first obtaining consent from the drivers.