“I am happy to report this morning that the leadership of both parties have finalized the organizing resolution for the Senate,” Schumer said on the Senate floor. “We will pass the resolution through the Senate today, which means that committees can promptly set up and get to work with Democrats holding the gavels.”

Democrats officially regained a majority in the Senate after three Democrats were officially sworn in as U.S. senators on Jan. 20, hours after President Joe Biden’s inauguration. 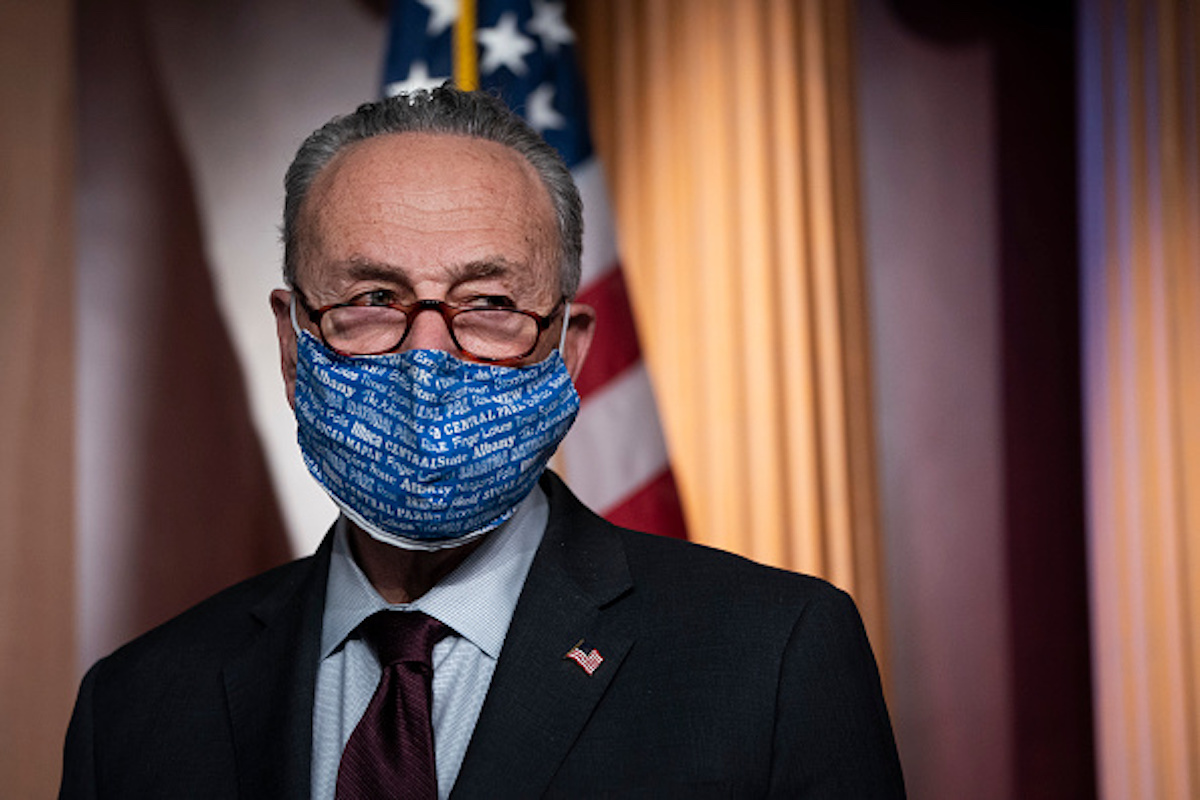 Senate Majority Leader Chuck Schumer (D-NY) attends a press conference after a meeting with Senate Democrats at the U.S. Capitol on February 2, 2021 in Washington, DC. (Photo by Drew Angerer/Getty Images)

The Senate is now split 50-50, with Harris giving Democrats the tie-breaking vote.