Researchers at the University of Alabama are developing robots that would help police communicate with each other, crime suspects, and the public, reports WBRC.

“We are hoping that our human interactive robots will make a safe environment by distancing civilians and officers from dangerous situations,” Dr. Nader Jalili, the head of mechanical engineering at the university’s college of engineering, told The Associated Press. 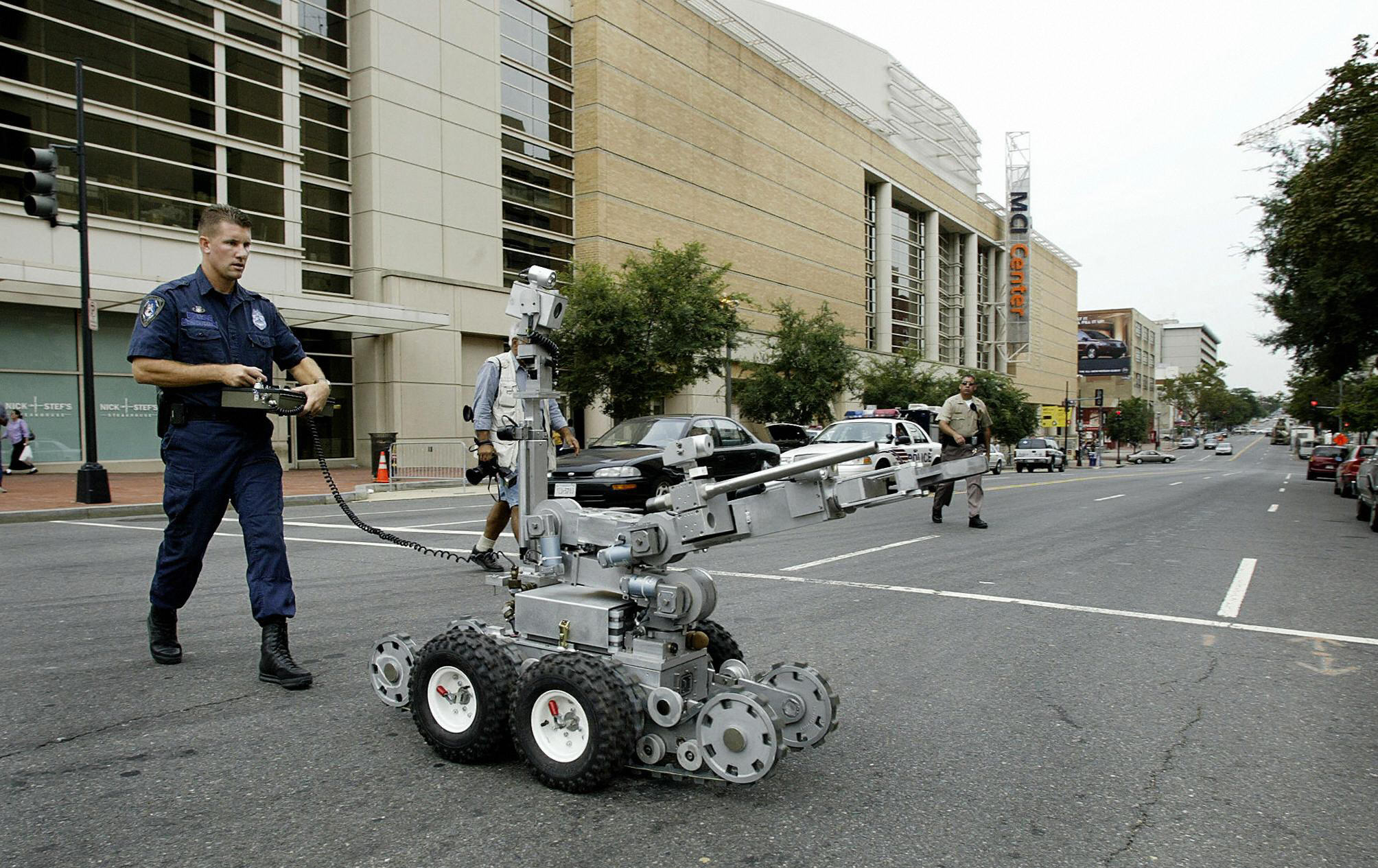 Officer Doug Haymans of Metro Transit Police Explosive Ordnance Disposal (EOD) Unit pilots the department’s EOD robot into Metro headquarters August 27, 2003, in Washington, DC. Designed to work via remote control to render packages safe, officers can control the robot from a safe distance, maneuvering it in a rail station, on a rail car or bus, or up stairs, guiding it to remove a package from its hiding place and rendering it safe. (Photo credit Luke Frazza/AFP via Getty Images)

“Someone’s perception might be limited based on the threat in front of them and having a robot might show them someone has a weapon in their hand or they’re hiding something,” said Dr. Darrin Griffin, a professor of communication studies at the university. (RELATED: Army Teams Up With Clemson To Test Robot Tanks)

“We’re trying to achieve affordable robots that are smaller in scale and more accessible for individual law enforcement officers. So when we think about it in the future, it might be the potential for every patrol car to potentially have a small robot,” Griffin said.

The research group is currently working with the Tuscaloosa police department to help get ideas on what features will make these robots the most useful for the police, according to The Associated Press.

Leaders of the research group say it will be years before they will have a low-cost robot that can do everything they want it to do.

This is the first year of a three-year study funded by the National Science Foundation.