Fast food chain White Castle announced Tuesday that it is expanding its automated cook concept after the company successfully tested it over the summer.

The American fast food chain said that Flippy, a robotic fry cook made by tech company Miso Robotics, will be added to 10 of its restaurants in 2021, according to Business Insider. The robot will assist White Castle employees during night shifts and while they are busy preparing takeout and delivery orders.

“Artificial intelligence and automation have been an area White Castle has wanted to experiment with to optimize our operations,” White Castle CEO Lisa Ingram, Business Insider reported.

The robotic fry cook technology, essentially a robotic arm that hangs from an overhead rail, is able to place baskets in a fryer, shake baskets and cook chicken tenders, according to Business Insider. Since September, Flippy has cooked about 14,500 pounds of food at White Castle locations. (RELATED: Democrats’ $15 Minimum Wage Bill Would Eliminate 1.3 Million Jobs, CBO Finds) 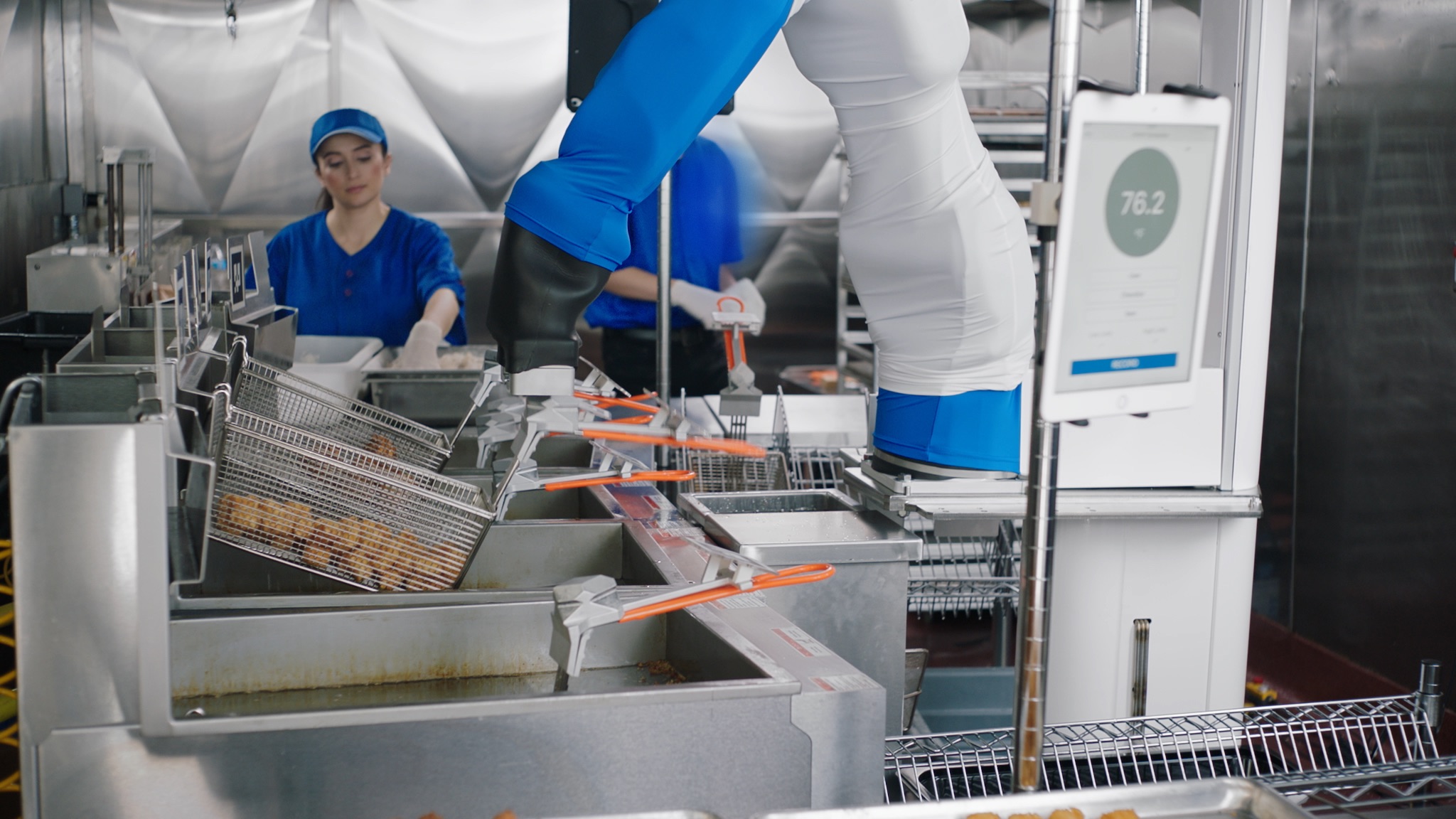 Flippy, a robotic fry cook, is pictured operating in a kitchen. (Miso Robotics)

Flippy also helps restaurants facilitate social distancing amidst the coronavirus pandemic, according to ZDNet. With Flippy in a kitchen, there is less crowding, a fact that Miso Robotics has repeated.

“After we shared a sneak peek of the prototype in January, we’ve seen demand through the roof from operators, especially in light of COVID-19” Miso Robotics CEO Mike Bell said in a press release, according to Business Insider.

The company noted that Flippy “creates an avenue for reduced human contact with food” in a July press release.

The pandemic has forced fast food chains to make significant operational changes, according to The Wall Street Journal. Expanding takeout and increasing drive through availability has led several chains to see increased profits even as the U.S. economy continues to suffer. 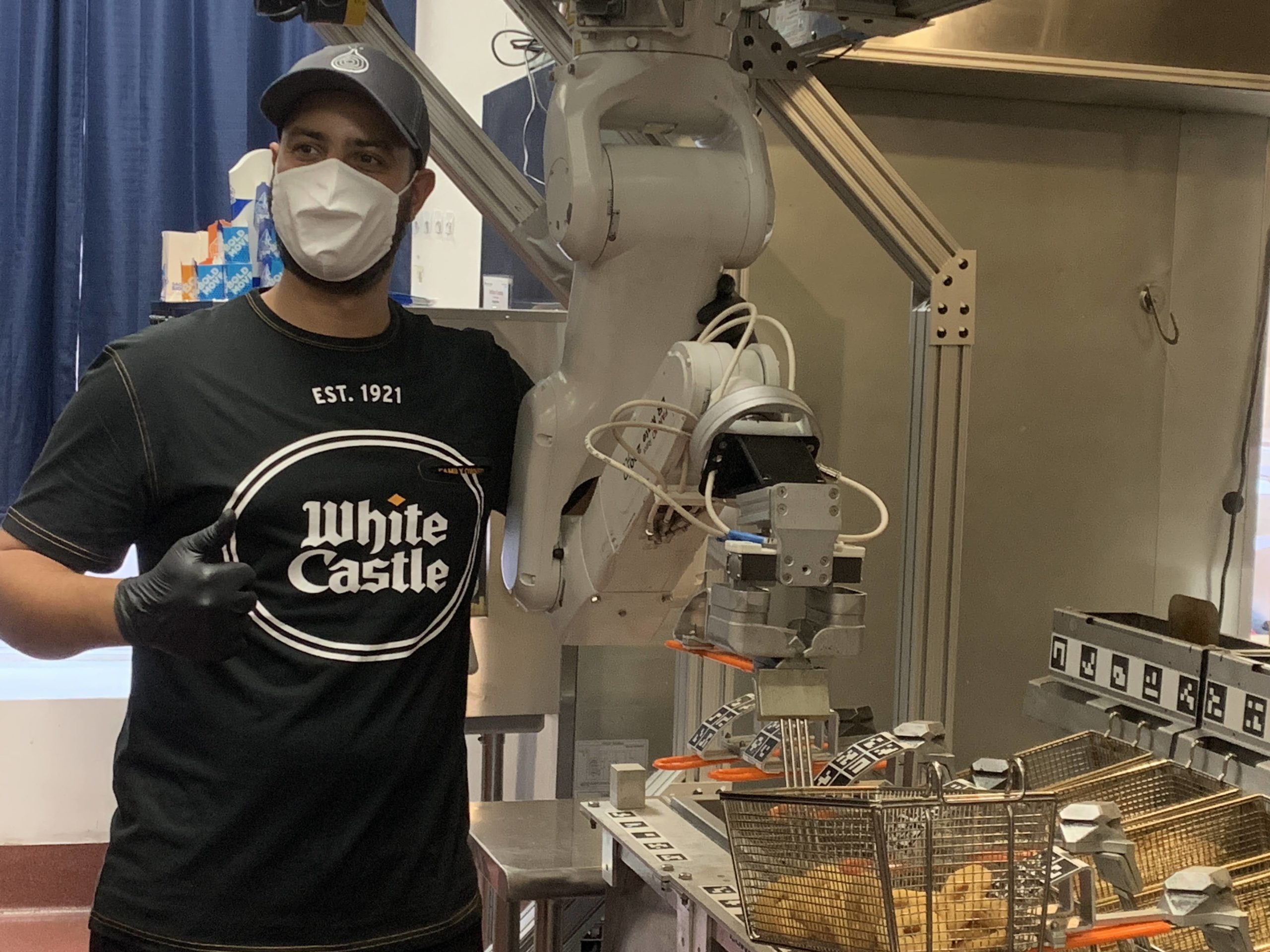 A White Castle employee stands next to Flippy at a restaurant. (Miso Robotics)

White Castle and Miso Robotics downplayed the effect technology like Flippy could have on the workforce, according to ZDNet. Both companies said the technology will allow employees to focus on different tasks instead of frying.

However, fast food chains have increasingly turned to robots and self-serve kiosks, according to a 2018 Wall Street Journal report. (RELATED: ‘That’s Not Helping’: Trump Goes After Biden For Saying That Raising The Minimum Wage Will Help Small Businesses)

Further, as many states phase to a $15 minimum wage, it is possible that robots become more present in fast food restaurants across the country. A 2017 National Bureau of Economic Research paper found that increasing the minimum wage results in lower low-skill employment.

“We find that increasing the minimum wage decreases significantly the share of automatable employment held by low-skilled workers,” the paper concluded.

It continued: “Our work suggests that sharp minimum wage increases in the United States in coming years will shape the types of jobs held by low-skilled workers, and create employment challenges for some of them.”