The use of coronavirus relief funds to pay police department personnel sparked outrage from many community members after a summer of anti-police protests, the Chicago Tribune reported Wednesday. Alderman Daniel La Spata told the mayor Wednesday that “the last thing people wanted” was to send more money to the police. (RELATED: FLASHBACK: Chicago And Baltimore Offer Just A Glimpse Of What ‘Defunding’ Police Could Look Like)

“We asked for assurances they wouldn’t spend it all on police,” La Spata told the Tribune, referring to the federal relief money. “That’s the last thing people wanted, to infuse hundreds of millions more dollars into the Police Department right now.”

The summer of 2020 was marked by protests and riots as people called to defund the police in the wake of George Floyd’s death while in police custody. Chicago was one of the cities hardest hit by looters and rioters, and the city experienced a surge in violent crime throughout the summer. 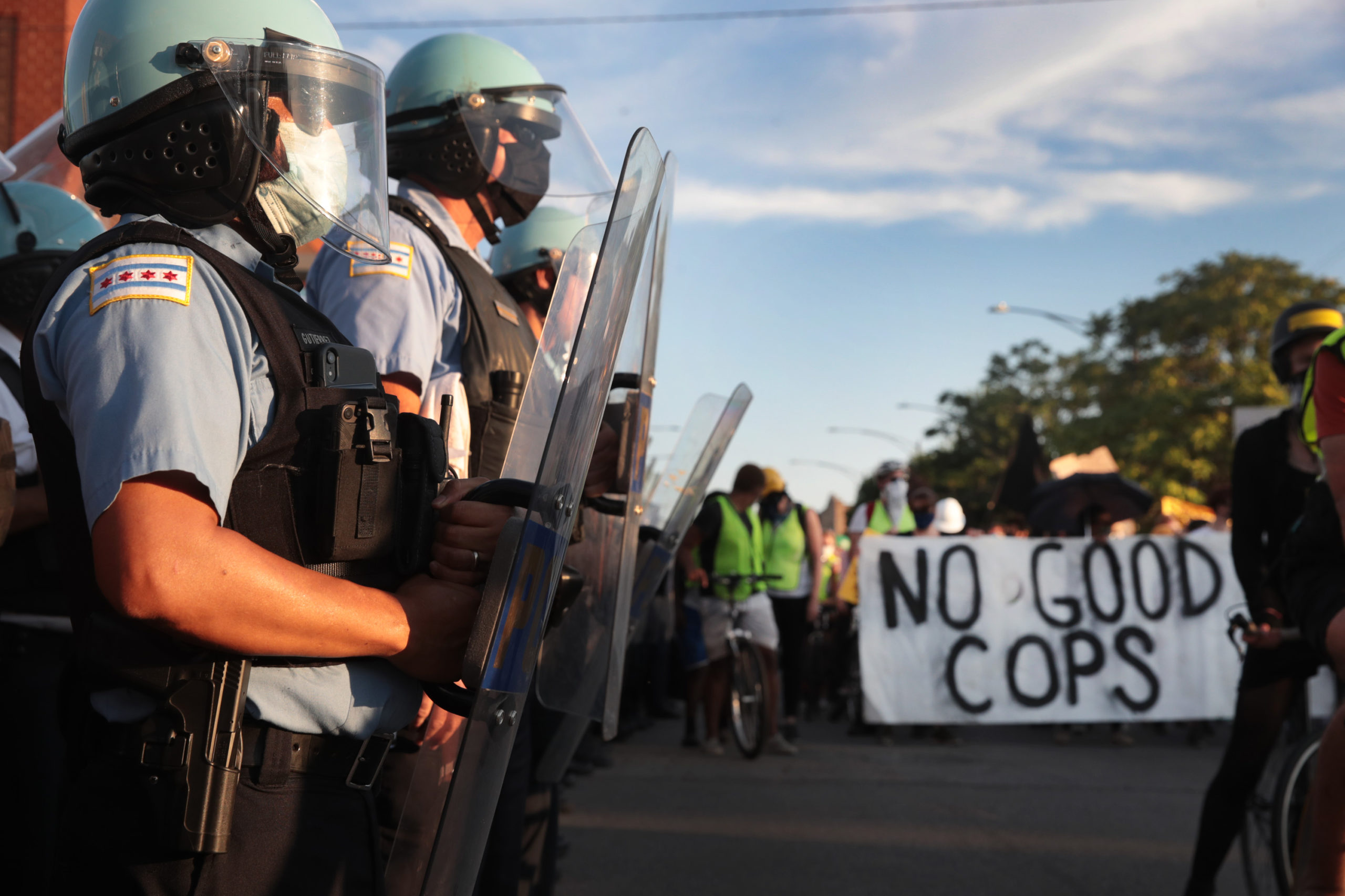 Police stand guard at the Homan Square police station while activists hold a rally calling for the defunding of police on July 24, 2020 in Chicago, Illinois. The annual budget for the Chicago Police Department is more than $1.6 billion. (Photo by Scott Olson/Getty Images)

Chicago’s Budget Director Susie Park told aldermen in June that none of the federal relief funds had been spent on the police, according to the Tribune. But on Wednesday, the Office of Management and Budget said that police expenses that had been accrued between March and May, such as resident wellness checks, security at virus testing sites, and airport security for screening travelers, were identified for reimbursement using federal coronavirus relief money. (RELATED: Chicago Mayor Signs Executive Order Giving Coronavirus Benefits To Illegal Aliens)

La Spata reportedly said that it was hard to believe Park was not aware of these expenses in June.

Chicago received about $1.2 billion in federal funding to help with costs associated with the coronavirus pandemic. In addition to police payroll, money was reportedly spent on homeless services, senior citizen assistance, and the city’s O’Hare and Midway airports.