Last week’s U.S. airstrike on Iranian-back militia facilities in Syria resulted in one militant’s death while two others were injured, the Pentagon said Monday.

“We will continue to assess, as you know we do, and if that changes, we’ll certainly let you know,” Pentagon press secretary John Kirby said in a Monday briefing to reporters, according to The Hill. “But, as of today, we assess one killed and two militia members wounded.”

Under orders from President Joe Biden, the military bombed stations occupied by Iran-backed Hezbollah Brigade near the Syrian border with Iraq near Boukamal, as previously reported. Militants used the bases to transport weapons, personnel and other supplies from Syria into neighboring Iraq.

The U.S. airstrike was a response to three rocket strikes in Iraq on Feb. 15 that killed one non-American contractor and injured several U.S. contractors and a U.S. service member. The Pentagon blamed Iranian-back militias for the attack. 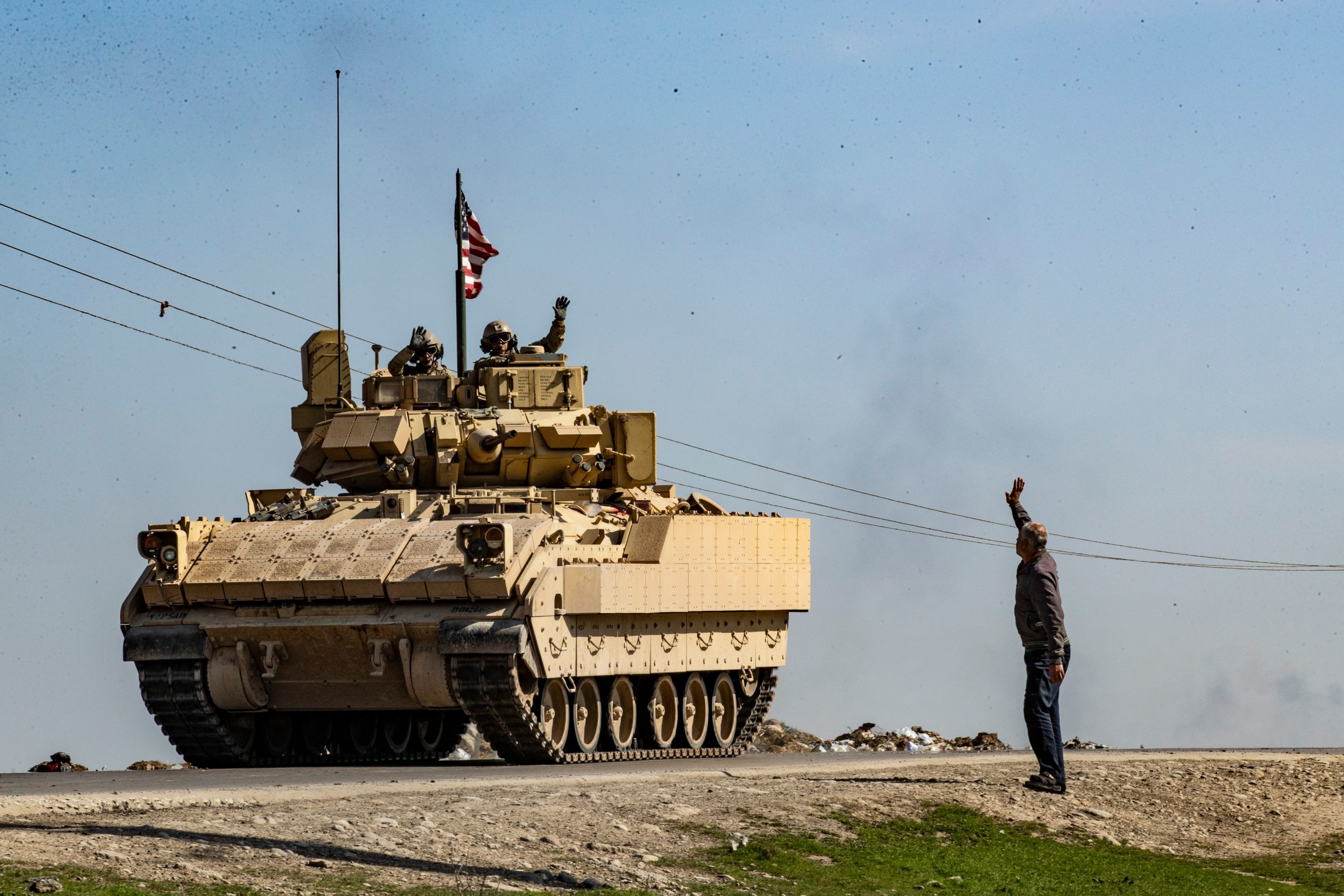 TOPSHOT – A man waves at a US military Bradley Fighting Vehicle (BFV) while on patrol in the Suwaydiyah oil fields in Syria’s northeastern Hasakah province on February 13, 2021. (Photo by Delil SOULEIMAN / AFP) (Photo by DELIL SOULEIMAN/AFP via Getty Images)

On Friday, militia officials confirmed that one fighter was killed; however, the Syrian Observatory for Human Rights initially reported that approximately 22 militants died, according to Voice of America.

“I mean, I certainly am hoping that the administration can give, you know, legal rationale on why they authorized this strike without Congressional approval. You know, we in Congress have congressional oversight in engaging in war, and we haven’t been briefed yet,” Democratic Minnesota Rep. Ilhan Omar said last week on CNN’s “Inside Politics.”