The U.S. Supreme Court heard arguments about Arizona’s election laws Tuesday, marking the first time the justices were presented with a case on voting laws since the 2020 election.

The twin cases were brought before the court in order to resolve whether the laws violated Section 2 of the 1965 Voting Rights Act, which bans voting procedures that discriminate on the basis of race, language and more. The first law prohibited ballots cast in the wrong precinct from being counted, and the second blocked anybody except a family member or caregiver from collecting or delivering someone’s ballot to a polling place.

Arizona and the Republican Party, who have said that the laws are necessary to prevent voter fraud, want to keep the laws intact. Democrats want the laws overturned, arguing that they impede voters, especially voters of color, from participating in elections. (RELATED: Arizona Certifies Its Election Results)

Most of the conservative justices seemed open to upholding the laws during the two-hour telephone haring, noting that similar laws were adopted in other states. Justice Brett Kavanaugh pointed to a bipartisan commission that found in 2005 that such laws were a way to reduce voter fraud.

“That on its face, at least to me, suggests a strong justification for doing these rules,” Kavanaugh said. 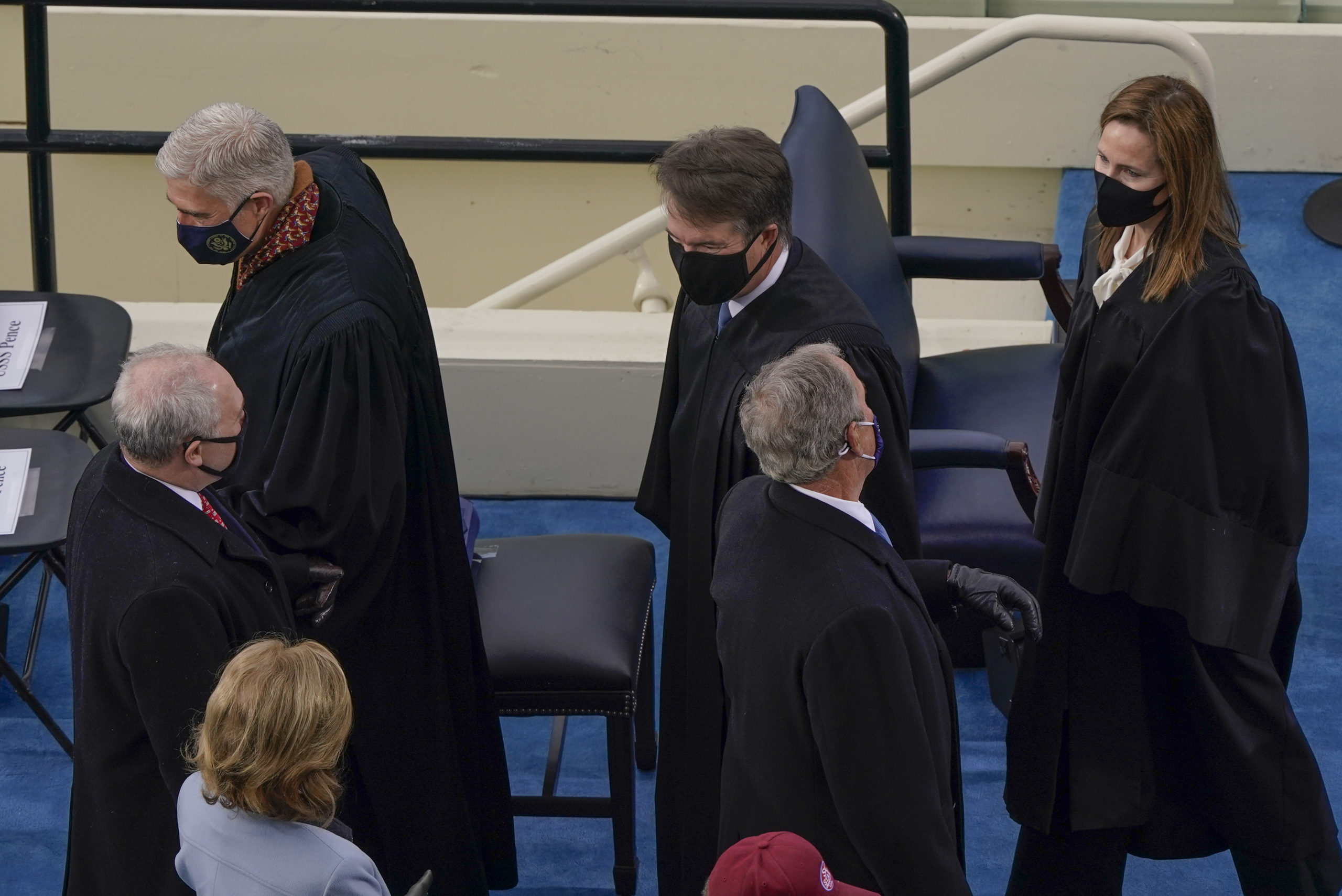 Chief Justice John Roberts and Justice Amy Coney Barrett, who joined the court in October, pressed lawyers on both sides throughout the hearing.

After a Republican lawyer said that overturning the law would require racial proportionality in all voting laws, Roberts asked why he would want to abide by restrictions that burden minority voters in the first place.

When Barrett asked why Republicans were arguing to keep the laws in place, Michael Carvin, the lawyer representing the GOP, said that overturning them “would put us at a competitive disadvantage with Democrats.” (RELATED: RNC To Create An Election Integrity Committee)

“What if the provision results in a 1 percent decline in participation by minority voters — is that substantial enough?” he asked. 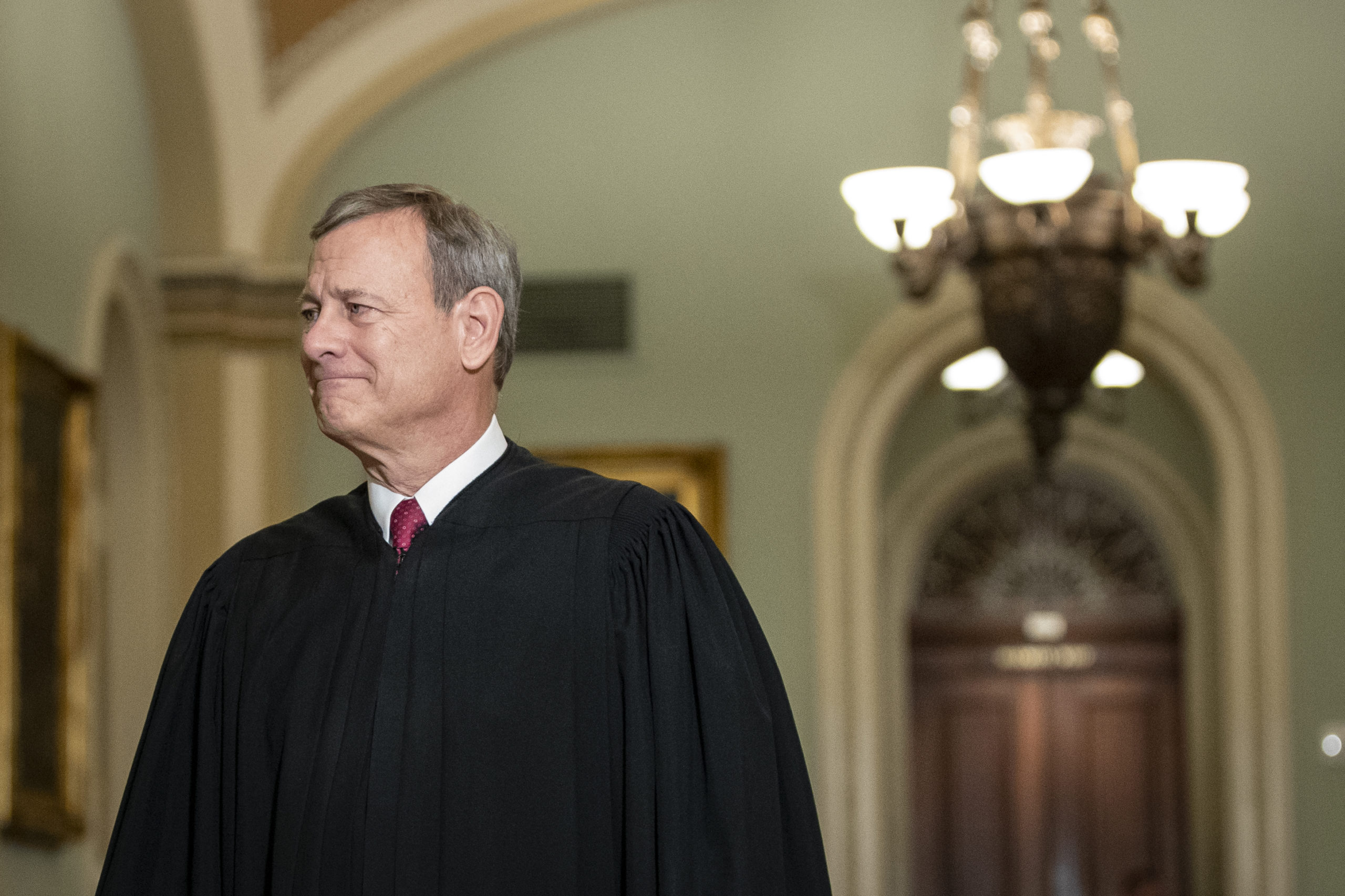 Justice Neil Gorsuch also pressed the Democratic National Committee’s lawyers, at one point getting one to admit that preventing ballot fraud is in the interest of the state.

Justice Elena Kagan instead asked about hypothetical changes to voting laws, including the eliminating Sunday voting (while noting that black Americans disproportionately vote on Sundays), moving all polling places to country clubs (and into predominantly white neighborhoods) and opening polls from 9 a.m. to 5 p.m. (when many working class voters are at work).

Carvin pushed back against Kagan’s line of questioning, saying that “these are all hypotheticals that have never existed in the real world.”

The two cases are the biggest regarding voting rights since Shelby County v. Holder in 2013, when a 5-4 Supreme Court led by Roberts effectively gutted Section 4(b) of the Voting Rights Act. The section pertained to jurisdictions, mainly in the South, that had engaged in widespread voter disenfranchisement throughout the early and mid Twentieth Century, and required them to obtain federal clearance before implementing new voting laws.

Many states with Republican legislatures have launched efforts to tighten voting laws following President Joe Biden’s victory, including his narrow win in Arizona, where the GOP had historically dominated. Former President Donald Trump’s refused to concede the election, and instead made repeated, baseless allegations of widespread fraud.