Republican Sen. Ted Cruz’s internal polling shows both good and bad news for the senator in his state after flying to Cancun, Mexico, as Texas faced a deadly winter storm.

The Daily Caller obtained polling results which show that with Republican voters in Texas contacted in September 2020, Cruz was 80% favorable compared to 10% of Republicans who found him unfavorable. When polled on February 21, 2020, Cruz was still favored at 80%, however, his unfavourability rose 6 points to 16%.

Additionally, the polling showed that in September 2020 Cruz was 46% favorable amongst all Texas voters compared to 39% who said he was unfavorable. Since the trip, a poll conducted on February 21, 2021 showed that Cruz gained a point in favorability amongst all voters in the state, going up to 47%. However, his unfavourability went up eight points.

The internal polling was done by WPA Intelligence, a provider of political intelligence for campaigns, which conducted a study of likely voters in Texas. WPA selected a random sample of registered voters from the Texas voter files using registration-based sampling.

“This poll shows the solid support Texans have for Cruz. Other poorly done polls show the fruits of cheap polling — absolute nonsense. Cruz is strong in Texas,” a Cruz spokesperson told the Daily Caller in response to the polling. 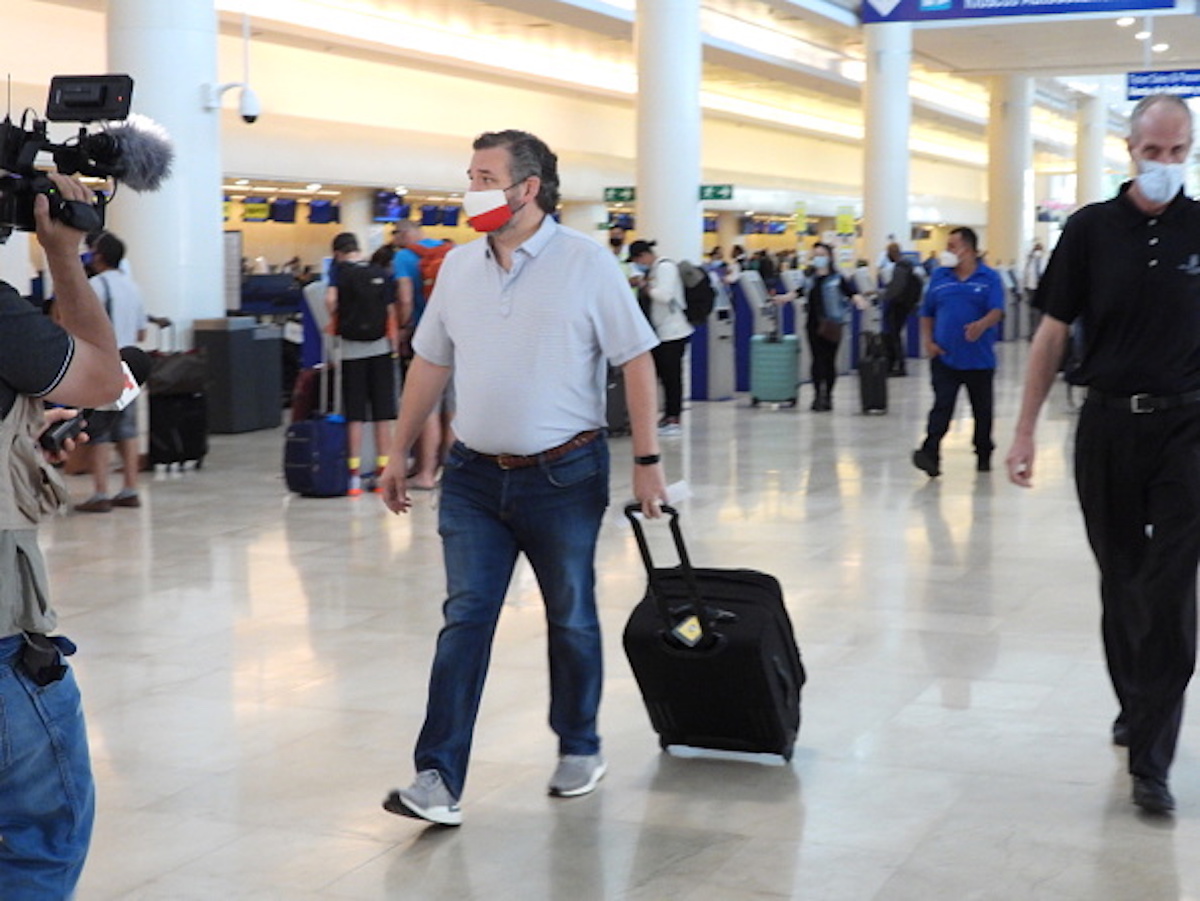 Sen. Ted Cruz (R-TX) checks in for a flight at Cancun International Airport after a backlash over his Mexican family vacation as his home state of Texas endured a Winter storm on February 18, 2021 in Cancun, Quintana Roo, Mexico. (Photo by MEGA/GC Images)

According to a Morning Consult poll released Monday, conducted between February 18-28, 71% of Texas Republicans approve of Cruz, down 4 points since before his trip to Mexico. The poll was conducted among more than 2,000 registered voters in Texas, with margins of error of 2 percentage points.

Photos began to appear on Twitter of Cruz at an airport and then onboard an airplane in mid-February. Cruz and his family were reportedly on their way to a resort in Cancun for vacation as the state was continuing to try to restore power and water advisories were in effect for nearly seven million Texans. (RELATED: Sen. Ted Cruz Flew To Cancun With His Family Amid Winter Storm, Power Crisis In Texas)

“This has been an infuriating week for Texans. The greatest state in the greatest country in the world has been without power. We have food lines, gas lines, and people sleeping at the neighbors’ houses,” Cruz said in a statement. “Our homes are freezing and our lights are out. Like millions of Texans, our family lost heat and power too. With school cancelled for the week, our girls asked to take a trip with friends.”  (RELATED: ‘Orlando Is Awesome, It’s Not As Nice As Cancun,’ Ted Cruz Says At CPAC)

“Wanting to be a good dad, I flew down with them last night and am flying back this afternoon. My staff and I are in constant communication with state and local leaders to get to the bottom of what happened in Texas. We want our power back, our water on, and our homes warm. My team and I will continue using all our resources to keep Texans informed and safe,” Cruz concluded.

In a Friday speech at CPAC, Cruz said although “Orlando is awesome, it’s not as nice as Cancun.”