The House of Representatives is set to vote Wednesday on HR 1, an expansive voting and government ethics bill that would overhaul the nation’s election system.

The bill, titled the “For the People Act,” was the first that Democrats passed after taking the House in 2018, but it was not brought to a vote in the Republican-controlled Senate. Now, Democrats hope that united party control is enough to turn the bill into law, though it is still unlikely that it will gather enough support from GOP senators.

The bill, led by Maryland Democratic Rep. John Sarbanes and co-sponsored by every Democratic representative, would vastly increase voter access and give the federal government a much larger role in dictating election laws.

“We need to do what we can to establish baseline standards and best practices that allow people to register and vote in America without it being an obstacle course for them,” Sarbanes told CNN, adding that the bill would counter measures taken by state Republicans that tightening election laws.

“All of these things are designed to restore people’s faith in democracy at a time when we can see with our own eyes that things are pretty shaky,” he said. (RELATED: HR 1 Would Legalize Ballot Harvesting Nationwide)

Sarbanes was echoed by House Majority Leader Steny Hoyer, who told reporters Tuesday that “HR 1 needs to pass because the Republican state legislators, concerned about their losses … are again upping their efforts to make it more difficult for people to vote.” 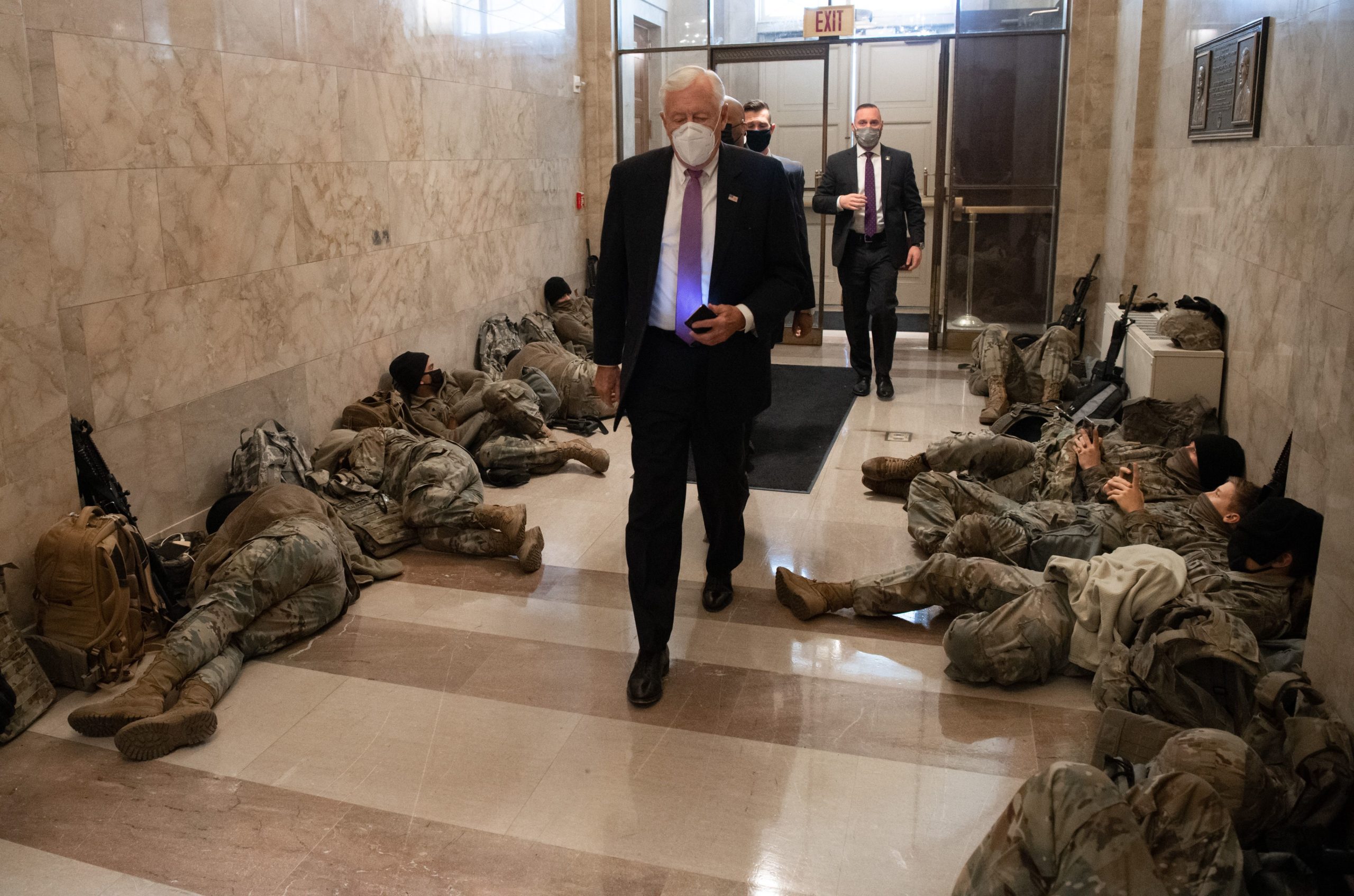 House Majority Leader Steny Hoyer, Democrat of Maryland, walks past members of the National Guard as he arrives at the US Capitol in Washington, DC, January 13, 2021. (Saul Loeb/AFP via Getty Images)

In addition to effectively banning states from restricting absentee voting and federalizing the decennial redistricting process, the bill also adopts multiple ethics changes within the federal government. These changes include banning congressional lawmakers from sitting on corporate boards and prohibit them from using taxpayer funds to reach settlements in employer discrimination cases for which they are at fault. (RELATED: ACLU Comes Out Against HR 1)

It would also call for a constitutional amendment to overturn Citizens United, the 2010 Supreme Court case that cleared the way for unlimited political spending for corporations and other organizations.

Despite some widely-agreed upon provisions, Republicans have criticized the bill as a means to give Democrats an electoral advantage and strip states of their authority over their own electoral process.

Former Vice President Mike Pence wrote in an op-ed Tuesday that the bill would “increase opportunities for election fraud, trample the First Amendment” and “further erode confidence in our elections.”

“[It] should be rejected by every member of Congress and opposed by every patriotic American,” he added on Twitter.

House Minority Leader Kevin McCarthy echoed Pence, saying Tuesday on Twitter that Democrats are supporting the bill to “put a thumb on the scale of every election in America.”