House Speaker Nancy Pelosi and other leading Democrats recommended Shalanda Young as head of the Office of Management and Budget (OMB), a Wednesday press release said.

“As longtime Members of the Appropriations Committee, we take great pride in recommending Shalanda Young as Director of the Office of Management and Budget,” Pelosi, House Majority Whip James Clyburn and House Majority Leader Steny Hoyer said in the press release.

“We have worked closely with her for several years and highly recommend her for her intellect, her deep expertise on the federal budget and her determination to ensure that our budget reflects our values as a nation,” the three Democrats said in the press release.

President Joe Biden first nominated Young as deputy director of the OMB, but senators suggested in her confirmation hearing that Young might end up leading the OMB.

Biden accepted Neera Tanden’s request to remove her nomination as head of the OMB, according to a Tuesday White House statement. The president praised Tanden’s career history and said he anticipates having her join the administration in a different role. (RELATED: Tanden Says She ‘Deeply’ Regrets Twitter Insults Towards GOP In Senate Hearing)

Pelosi, Hoyer and Clyburn said Young would serve the administration well based on “her legislative prowess, extensive knowledge of federal agencies, incisive strategic mind and proven track record,” according to the press release. The three Democrats said Young’s “leadership at the OMB would be historic.”

The three Democrats said the move would show the administration wants to work closely with Congress “and can secure broad, bipartisan support,” according to the press release. 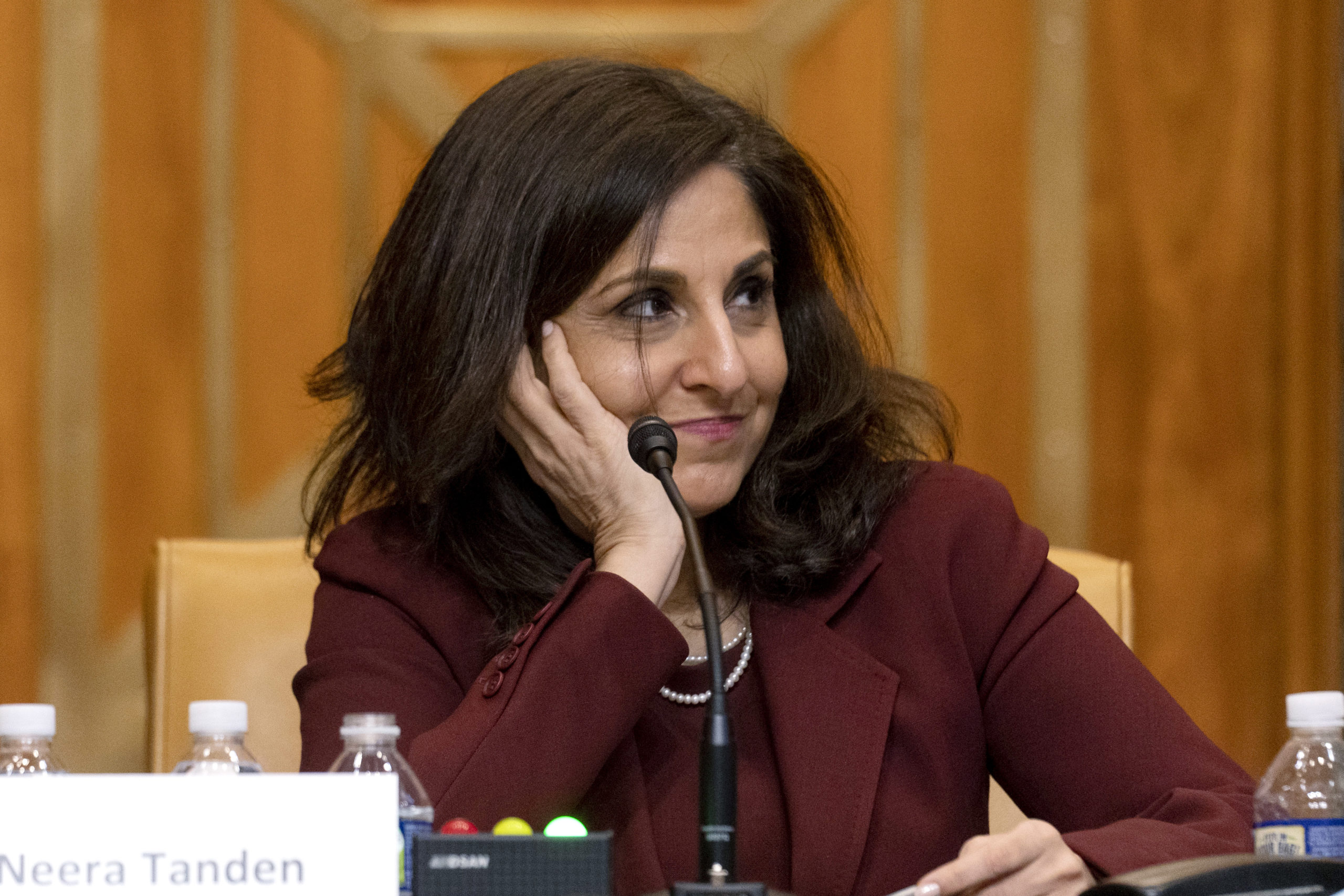 Neera Tanden, President Joe Bidens nominee for Director of the Office of Management and Budget (OMB), appears before a Senate Committee on the Budget hearing on Capitol Hill on February 10, 2021 in Washington, DC. (Andrew Harnik-Pool/Getty Images)

Democratic West Virginia Sen. Joe Manchin announced his opposition to Tanden’s nomination, reasoning “her overtly partisan statements will have a toxic and detrimental impact on the important working relationship between members of Congress and the next director of the Office of Management and Budget,” according to a Feb. 19 statement.

“Neera Tanden is an outstanding public servant who has dedicated decades to fighting to advance the health, financial security and well-being of the American people,” Pelosi, Hoyer and Clyburn said in their press release.

“We know that she will continue to bring her progressive values, bold vision for the future and valuable perspective to Democrats’ work to Build Back Better,” the three Democrats said in their press release.