The U.S. economy reported an increase of 379,000 jobs in February while the unemployment rate fell to 6.2%, according to Department of Labor data released Friday.

Total non-farm payroll employment increased by 379,000 in February, according to the Bureau of Labor Statistics (BLS) report, and the number of unemployed persons fell slightly to 10 million. Economists projected 210,000 Americans would be added to payrolls and the unemployment rate to hold at 6.3% prior to Friday’s report, according to The Wall Street Journal.

“The recent hiring trend is just not cutting it in terms of making up for all the jobs last spring” Nela Richardson, an economist at human-resources software firm Automatic Data Processing Inc., told the WSJ. “But as we reopen the economy, inch-by-inch, that will unleash consumer spending and drive job growth, especially industries that have been most severely affected by the pandemic.”

The U.S. added just 49,000 jobs in January while the unemployment rate fell to 6.3%. In December, the BLS reported a loss of 140,000 jobs, marking the first time the U.S. reported negative job growth since April. (RELATED: More Than $63 Billion In Coronavirus Unemployment Insurance Could Have Been Improper, Fraudulent, Watchdog Says) 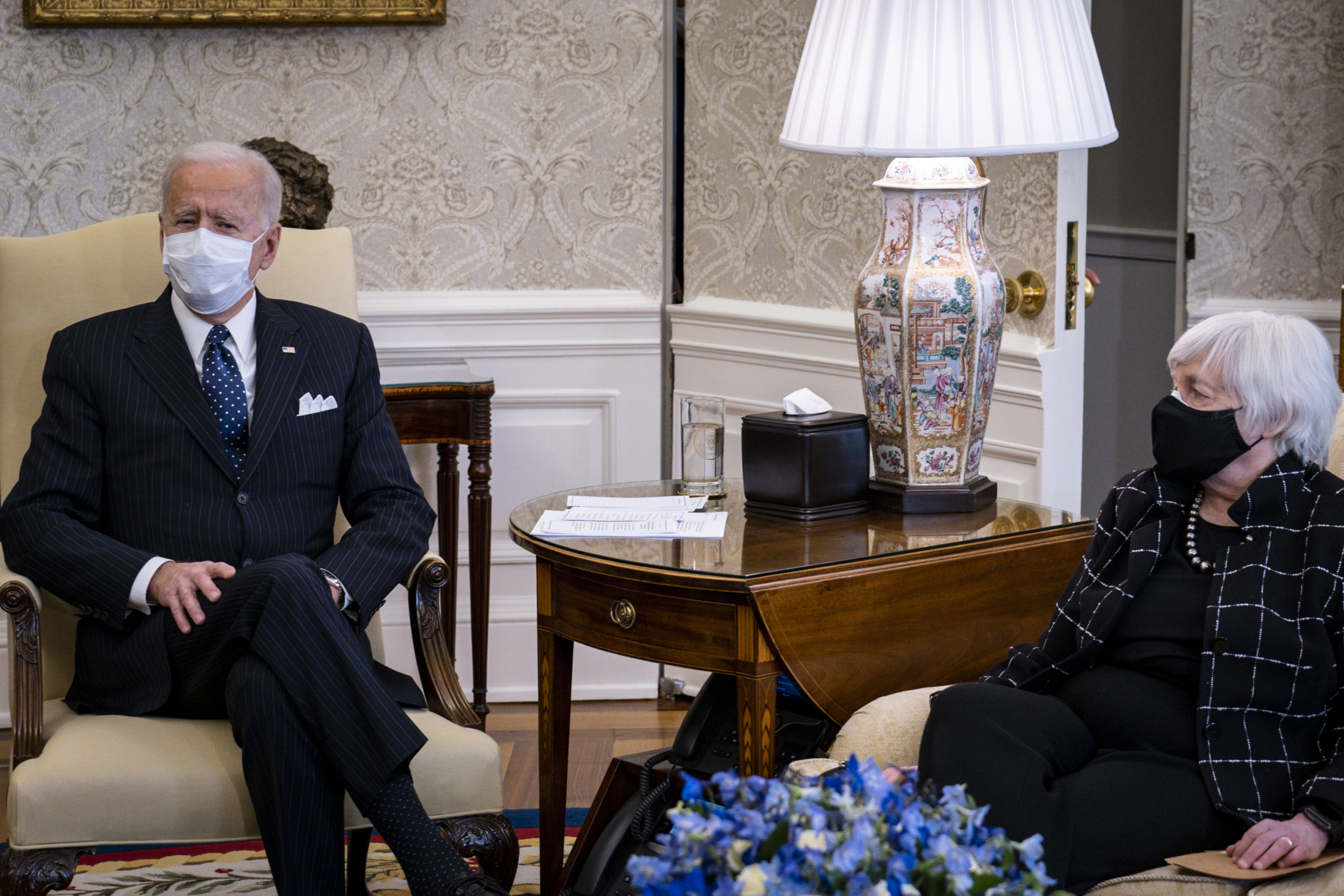 In August, the unemployment rate fell below 10% for the first time since April when the rate reached 14.7%. The economy lost 20.5 million jobs in April.

President Joe Biden inherited an economy that has been sluggish in recent weeks and months. In addition to the dismal December jobs report, the economy shrank 3.5% in 2020, according to a January Bureau of Economic Analysis report, the worst performance since the 1940s.

Stocks have tumbled over the last week as investors feared the potential for inflation and rising interest rates. The 10-year U.S. Treasury yield has steadily risen as stocks have, for the most part, declined, CNBC reported.

The Biden administration has focused its efforts on passing its $1.9 trillion coronavirus relief bill, which passed along party lines in the House. The Senate is expected to hold a floor vote on the package this weekend.

The legislation includes $1,400 direct payments to Americans and an additional $400 in unemployment pay per week.

Average coronavirus cases and deaths per million have started to decline in the last month, according to the COVID Tracking Project. On Thursday, the U.S. reported 1,743 new coronavirus-related deaths and 65,487 new cases while 44,172 Americans remained hospitalized from the virus.