The National Republican Senatorial Committee (NRSC) raised over $6.4 million in February, according to internal numbers first obtained by the Daily Caller.

NRSC Chairman Rick Scott announced the committee’s numbers and reported $15.1 million cash-on-hand at a lunch Wednesday afternoon. Scott highlighted the number of donations that came from online contributions and also mentioned that the committee paid off 40% of the debt left over from the previous cycle.

$3.8 million was raised online, which is three times more than online contributions raised during this time last cycle and more than the February 2020 online total.

“After a strong start to the year, the NRSC once again brought in an impressive haul in February,” Scott told the Daily Caller. “With more than half of February donations coming from online contributions, it’s clear the grassroots energy is behind Senate Republicans and our pro-family, pro-America agenda in 2022 – not behind the Socialist, open borders, high-tax, cancel culture agenda pushed by Senate Democrats.” 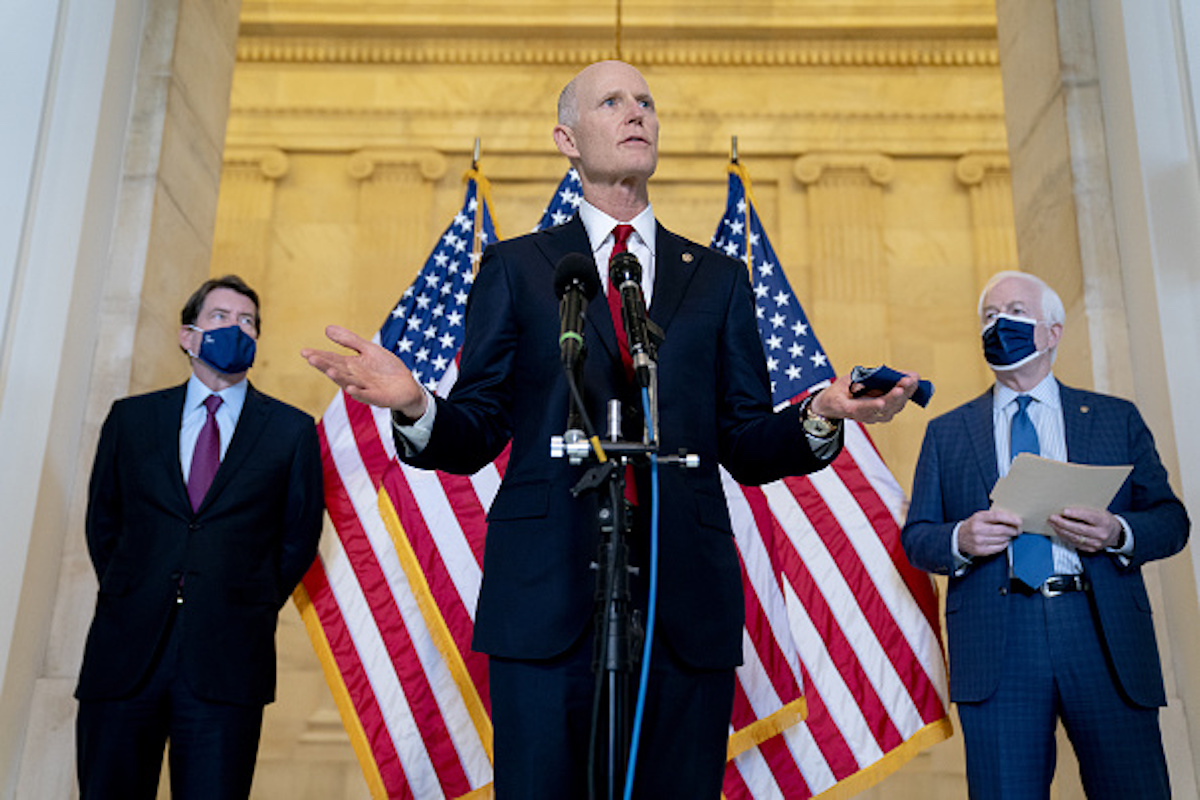 “The NRSC is well-equipped and ready to fight against radical liberal Democrats on all fronts this cycle,” Scott added. (RELATED: ‘Republican Civil War Is Now Cancelled’ — Sen. Rick Scott Sends Out Memo On Unity Before 2022 Elections)

The NRSC raised $8.3 million in January. The Republican campaign arm still has $15.15 million of cash on hand.