The House will vote on two immigration bills this week as the numbers of migrant families and children detained at the southern border surges.

The first bill, dubbed the Dream and Promise Act (DPA) would provide a pathway to citizenship for Dreamers, immigrants who have lived in the U.S. illegally since being brought as young children.

The second, the Farm Modernization Workforce Act (FMWA), would create a certified agricultural worker status and streamline the H-2A visa application process. President Joe Biden has also announced a sweeping immigration reform plan in addition to the two bills, though Republicans have labeled it a non-starter.

Both of the individual bills passed the House last Congress, but were not voted on in the Republican-controlled Senate. If the Senate votes on the bills this time around, they would each need 60 votes to overcome a likely Republican filibuster.

Multiple House Republican lawmakers supported the bills during their first passage. Seven voted for the DPA, while 34 voted for the FMWA.

The House will vote on both bills as record numbers of migrants arrive at the U.S.-Mexico border – including thousands of children – severely straining U.S. Border Patrol and government resources. Immigration and Customs Enforcement officials requested additional officers Thursday in order to better respond to the surge, and on Saturday, the Department of Homeland Security directed the Federal Emergency Management Agency to help with the worsening situation.

The Biden administration has been hesitant to label the surge a crisis, and several Democrats have attributed the increase to former President Donald Trump’s policies.

“I do know that the Biden administration is trying to fix the broken system that was left to them by the Trump administration,” House Speaker Nancy Pelosi told reporters Sunday. (RELATED: Republicans Accuse Biden Of Creating A Crisis At The Border) 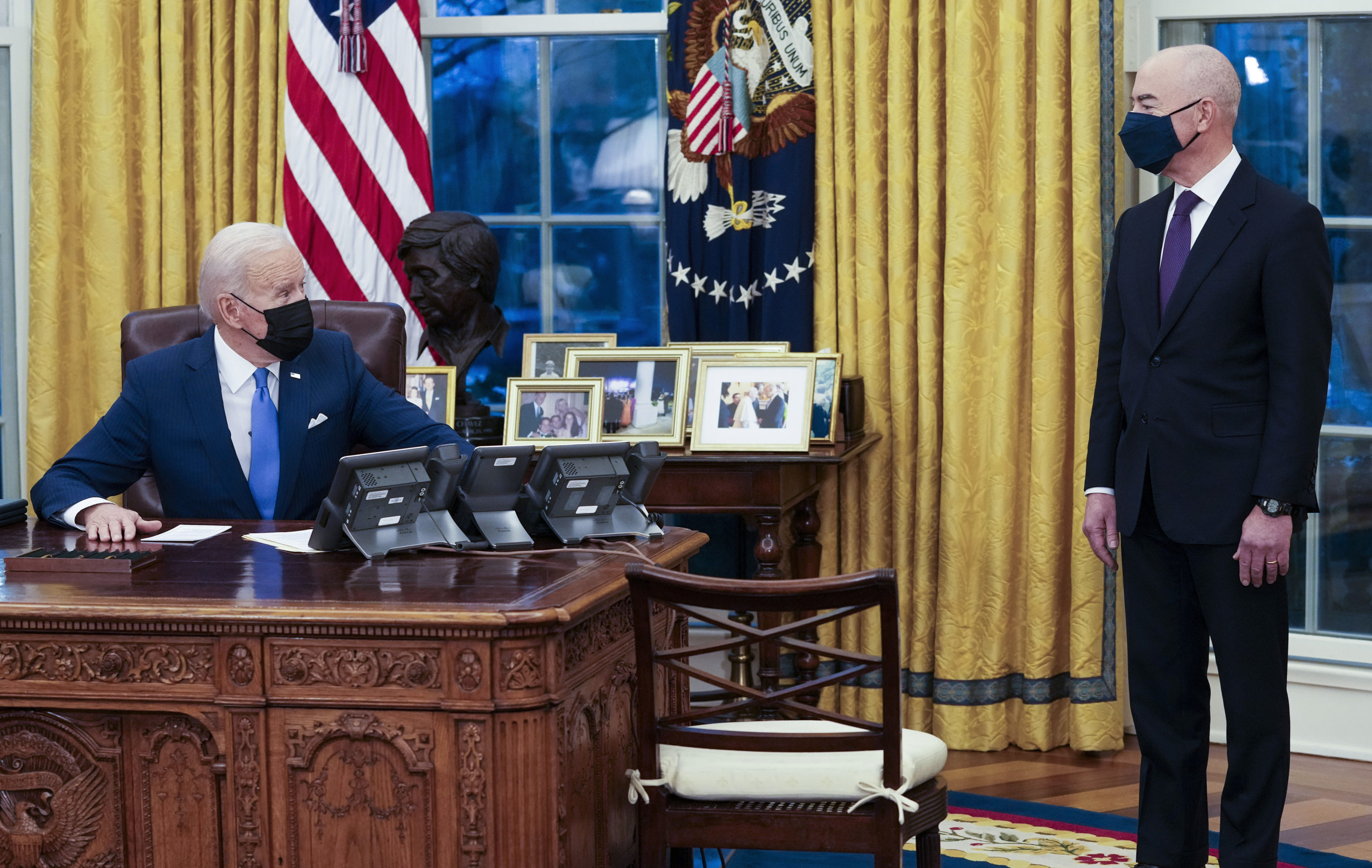 But Republicans, however, have objected, saying that the number of migrants only shot up once Biden took office. House Minority Leader Kevin McCarthy is taking a 12-member GOP delegation to the border Monday in an attempt to highlight the worsening situation, Axios first reported.

“We’re very concerned about this crisis at the border that has been created specifically by Joe Biden’s policies. President Biden’s border crisis has got to get reversed,” House Minority Whip Steve Scalise said Friday.

Texas Republican Rep. Lance Gooden also wrote a letter to the Biden administration in early March, urging them to recognize the unfolding crisis.

“We ask you to reconsider your position in light of subsequent events,” the letter said. “There is a crisis at our southern border. It is critical that our leaders recognize the severity of the circumstances and respond accordingly.”