In the township of Hlaing Thar Yar people were seen running from gunfire, carrying the injured and attempting to revive others, the AP reported. Around 22 people died and over a dozen were injured as military forces clashed with civilians in the town Sunday, according to the AP. 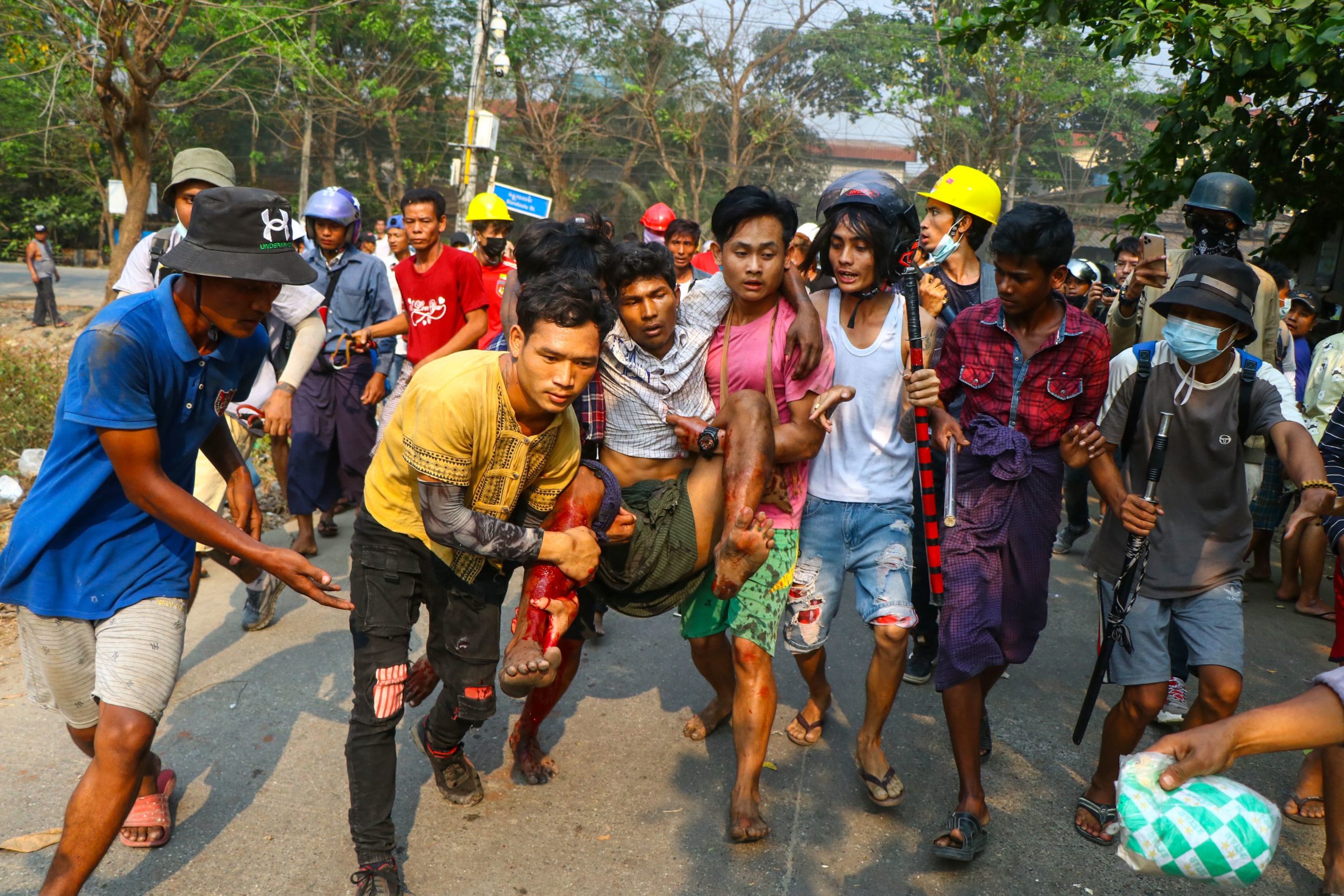 A resident, who was injured during a crackdown by security forces on demonstrations by protesters against the military coup, is carried to safety in Yangon’s Hlaing Tharyar township on March 14, 2021. (STR/AFP via Getty Images)

Myanmar state-affiliated media broadcaster MRTV was the first to refer to the crackdowns as martial law suggesting an increase in the military’s involvement in responding to unrest, the AP reported. MRTV said the State Administrative Council delegated administrative, judicial and military powers to the Yangon regional commander to enforce law and order in the area.

Protesters continued spraying fire extinguishers to create a smokescreen against police as they tried to get away, the AP reported. People were reportedly injured by live rounds and rubber bullets by security forces who torched roadblocks.

Demonstrators gathered at their usual scene in Yangon to hold candlelight vigils Saturday and Sunday night, the AP reported. Other nighttime rallies were held in Mandalay and in other places around the country. 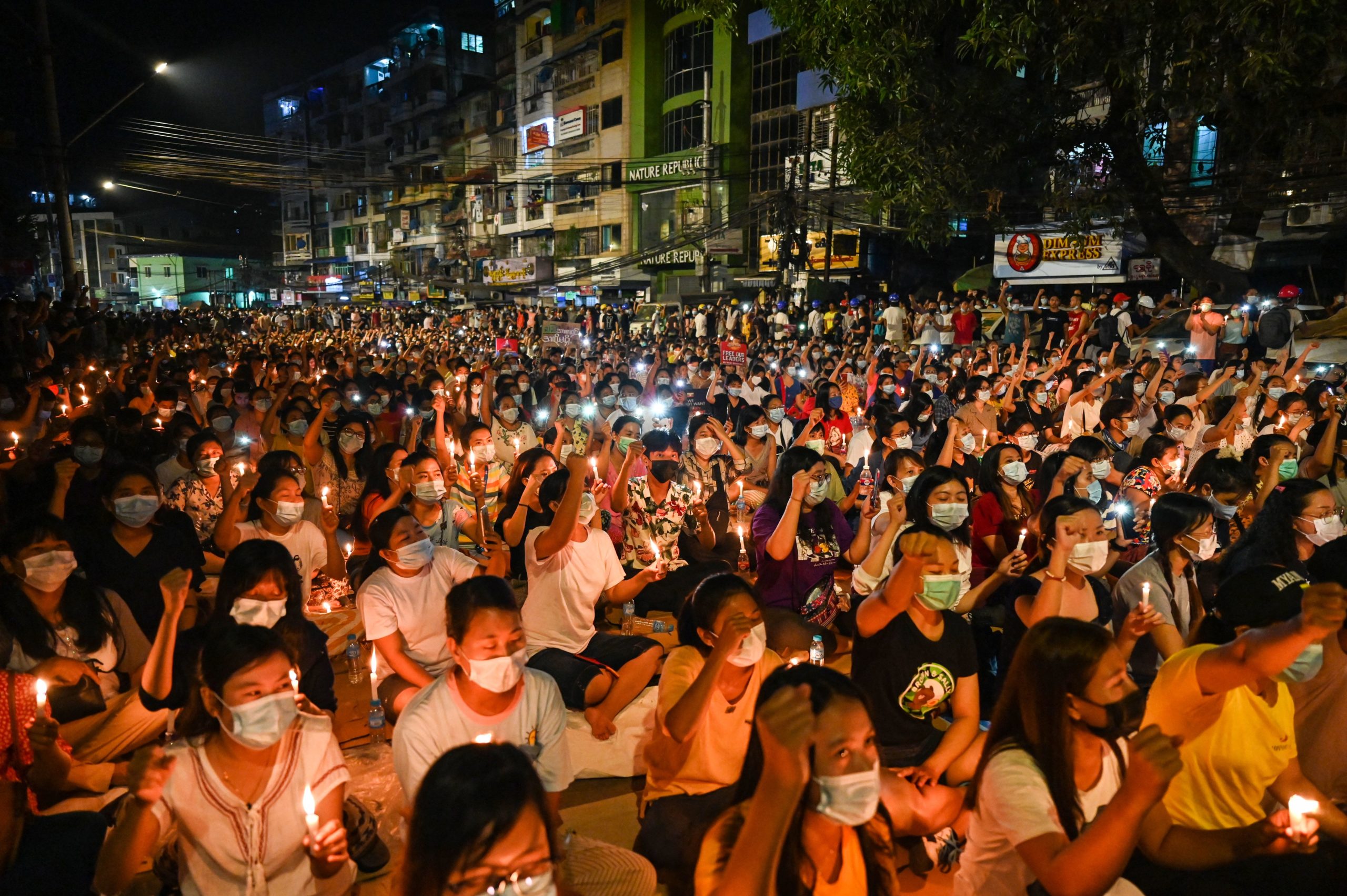 Protesters gesture during a candlelight vigil to honour those who have died during demonstrations against the military coup in Yangon on March 13, 2021. (STR/AFP via Getty Images)

Protests have been largely peaceful with most demonstrators participating in general strikes and non-violent disobedience, the AP reported. Demonstrators started holding small gatherings that quickly disperse and rejoin, deploying fire extinguishers to provide cover and dodging through laundry as methods of self-defense.

Myanmar’s Acting Vice President Mahn Win Khaing Than said he supports the “revolution” against the military coup in his first public address from hiding, the AP reported. “This is the darkest moment of the nation and the moment that the dawn is close,” Than said.

“In order to form a federal democracy, which all ethnic brothers who have been suffering various kinds of oppressions from the dictatorship for decades really desired, this revolution is the chance for us to put our efforts together,” Than said, the AP reported.“We will never give up to an unjust military, but we will carve our future together with our united power. Our mission must be accomplished.”

Than ended the message with the three-finger salute used as a symbol of resistance by protesters, the AP reported. (RELATED: Security Forces Raid Homes Of Workers On Strike In Myanmar)

The death toll in the country is likely higher since some people were seriously injured by gunfire and police seized bodies, the AP reported. Security officials occupy most hospitals, deterring protesters and affiliated medical personnel.