A day after announcing his bid for the Senate, Republican Alabama Rep. Mo Brooks criticized Senate Minority Leader Mitch McConnell, the Republican National Committee, and the “weak-kneed RINO establishment” over amnesty, special interest money, and their support for former President Donald Trump during an interview with the Daily Caller.

The six-term congressman told supporters on Monday night at a gun range in Huntsville, Alabama, that he would be running to replace retiring Republican Sen. Richard Shelby. Brooks aligned himself with Trump’s policy agenda and was joined by former Trump immigration czar Stephen Miller.

In an interview with the Daily Caller on Tuesday, Brooks criticized McConnell for blaming Trump for the January 6th Capitol riot that left four dead after a group of the former president’s supporters stormed the Capitol Building to disrupt the Congressional certification of President Joe Biden’s electoral victory.

Brooks himself spoke at the rally preceding the Riot, telling the crowd to start “taking down names and kicking ass.” (RELATED: House Democrats Seek Punishment For Republican Colleagues Connected To Capitol Riot)

The sixty-six-year-old lawmaker declined to state whether he would support McConnell to remain as the party’s leader in the Senate, adding, “I am going to vote for the most conservative Republican senator who seeks the Republican leadership position, whomever that may be.”

“Mitch McConnell is a little bit too establishment for my taste, but if he can persuade me that he is going to effectively protect and promote the foundational principles that have combined to make America the greatest nation in world history, then I would consider his candidacy,” Brooks said. 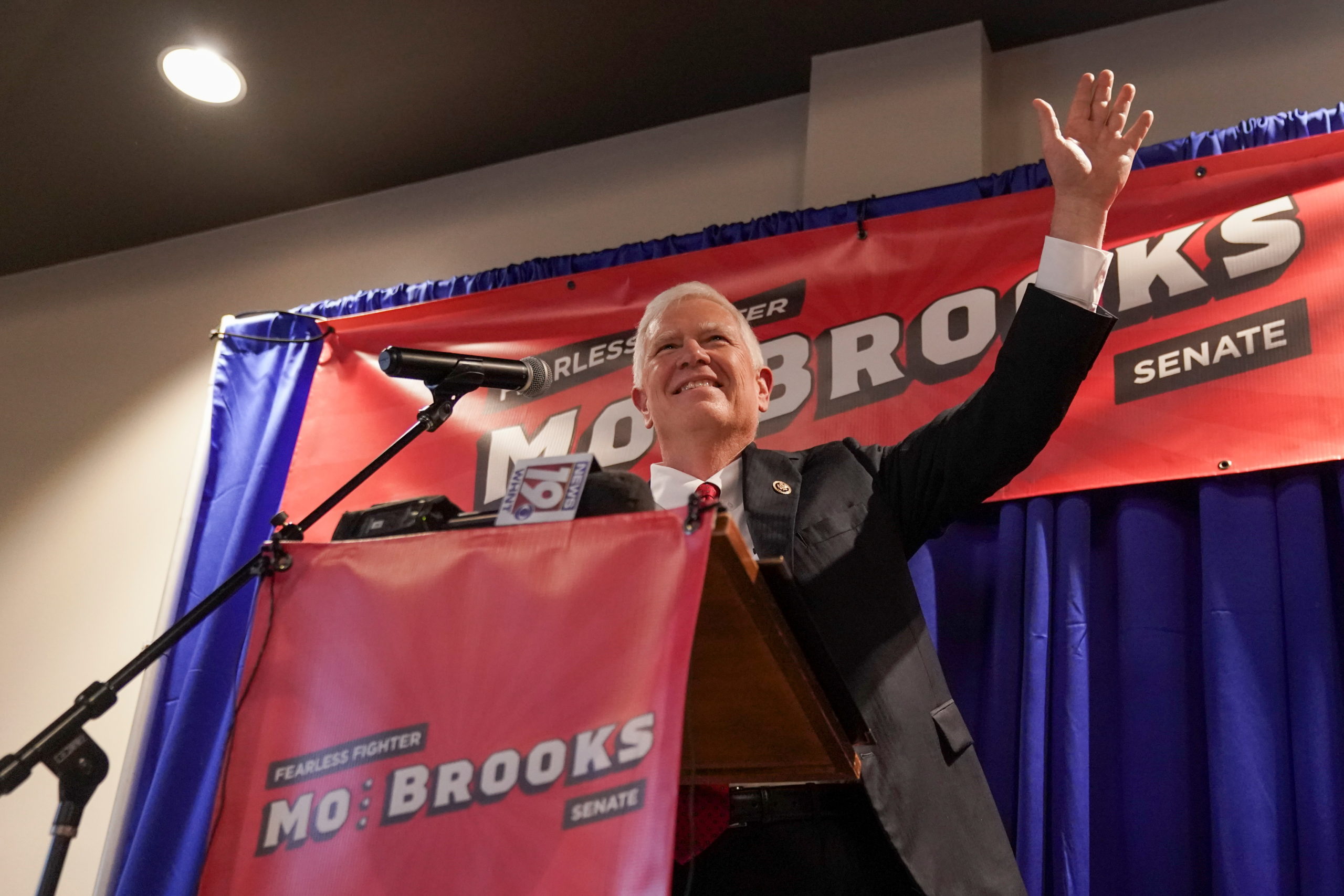 Earlier this month, Trump’s legal counsel sent a cease-and-desist letter to the RNC, the National Republican Senatorial Committee (NRSC) and the National Republican Congressional Committee (NRCC), insisting the organizations stop using his name and imagery for fundraising. The RNC continued using the former president’s name in fundraising emails, which resulted in Trump urging his followers not to support “Republicans in name only“(RINOS) and called on donors to send money to his own super PAC instead.

“I would have done the exact same thing that President Trump did if I had been in President Trump’s shoes,” Brooks said. “We do not need the RNC, the NRCC, or the NRSC, both getting help from principle conservatives yet using that money to defeat principled, conservative candidates.”

He added, “There’s a split inside Republican party ranks. You’ve got what I called the weak-kneed RINO establishment wing. And you’ve got the principled conservative wing. The weak-kneed RINO establishment wing is at the beck and call of special interest groups that provide the money to win their elections. I prefer principled conservative candidates who state their public policy positions, believe that they’re in the best interest of the United States of America, and then fight for them.”

“And that’s not something I’ve seen out of the establishment wing, which seems to cater more to the mighty special interest group dollar than it does to the values that help make America who we are as a great nation.”

Brooks reiterated his anti-amnesty policy positions during the interview and encouraged his fellow GOP lawmakers not to support the Farm Workforce Modernization Act and the Dream and Promise Act recently passed in the House by Democrats and some Republicans. Both legislations would provide a pathway to citizenship for over 2.5 million illegal immigrants, according to Vox.

Nine Republicans joined Democrats to pass the Dreams Act, and 30 House GOP members supported the Farm Workforce Modernization legislation. Brooks said those Republican lawmakers are doing “great damage to our country” and have “blood on their hands.”

“They’re wrong. They’re doing great damage to our country. Everybody supporting border insecurity, open borders has blood on their hands,” Brooks declared. “Each year, roughly 2,000 Americans die at the hands of illegal aliens on American soil. Each year, over 30,000 Americans die from overdoses of deadly narcotics smuggled across our poorest Southern border. And the idea of some amnesty and or citizenship to illegal aliens is not only bad folly it is also deadly folly.”

Trump has not yet endorsed a candidate for the Alabama GOP primary. One of Brooks’ opponents for the Republican nomination includes Lynda Blanchard, who served as Trump’s ambassador to Slovenia, according to Reuters. (RELATED: Mo Brooks Launches Alabama Senate Bid Alongside Former Trump Official Stephen Miller)

When asked if the future of the Republican Party was Mitch McConnell or Donald Trump, Brooks responded, “time will tell.”