A candidate in the special election for Texas’ 6th Congressional District filed a defamation lawsuit Monday against a local newspaper.

Sery Kim, an official in both the Donald Trump and George W. Bush administrations, filed a lawsuit against the Texas Tribune over its characterization of comments she made at a March 31 candidate forum as “racist.” Kim, a Republican, is running to replace Republican Rep. Ron Wright, who died on Feb. 7 after battles with lung cancer and COVID-19.

Today I sued @TexasTribune @PatrickSvitek for defamation in a $10 million lawsuit.

This is how leftist media practices its brand of politically-correct discrimination against conservatives like myself.https://t.co/fzjOKkx3eY#TX06 #serykim pic.twitter.com/qwH2Qer7Dw

“At that time [the 1960s], we welcomed Chinese people into this country. I don’t want them here at all. They steal our intellectual property. They give us coronavirus. They don’t hold themselves accountable. And quite frankly, I can say that because I’m Korean,” Kim said, responding to a question about immigration at a forum reportedly hosted by the Arlington Republican Women and Arlington Republican Club.

Kim then followed up on these remarks. “The other thing is that, we all realize that most of the people that live in our communities are outstanding, amazing people. We cannot look at someone and say, ‘Oh you’re illegal. Oh, you’re legal.’ I’ve had so many people question whether I was legal or I was illegal until they heard my Texas twang.”

“We cannot in good conscience continue to support her candidacy. We will continue to speak out in support of our AAPI community,” they told Newsweek on April 3. 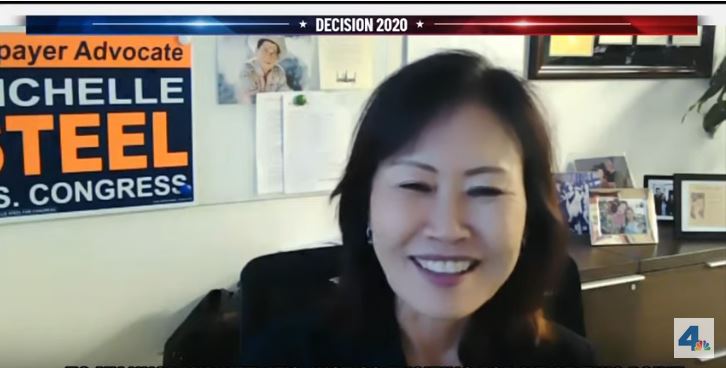 Kim told the Daily Caller that in their original context, her comments were about the Chinese Communist Party, and not Chinese immigrants more generally.

Kim is representing herself in the lawsuit.

“According to the Texas Tribune, Sery Kim is not a public figure,” she wrote in the suit. “The Texas Tribune has written three total stories mentioning Sery Kim’s name.”

As a private figure — rather than a public figure — Texas libel law would require that she prove the Texas Tribune acted with negligence with respect to the truth, and not actual malice. Malice is necessary for proof of libel in the case of public figures.  (RELATED: Brother, Sister-In-Law Of Michael Flynn Sue CNN Over QAnon Reporting)

“They took ‘racist’ and put it into a headline that 57 million people will look at,” Kim said. “There is a double standard between conservatives and leftists.”

“If this can happen to someone running for Congress, it will absolutely happen to” the people of her district, she added.

The Texas Tribune declined the Daily Caller’s request for comment, explaining that the paper does not comment on pending litigation.

Kim is requesting $10 million in damages.