Twitter’s website says “platform manipulation can take many forms” including “commercially-motivated spam, that typically aims to drive traffic or attention from a conversation on Twitter to accounts, websites, products, services or initiatives.”

Twitter’s website also said accounts may not use “stock or stolen profile photos, particularly those depicting other people; use of stolen or copied profile bios,” among other things. 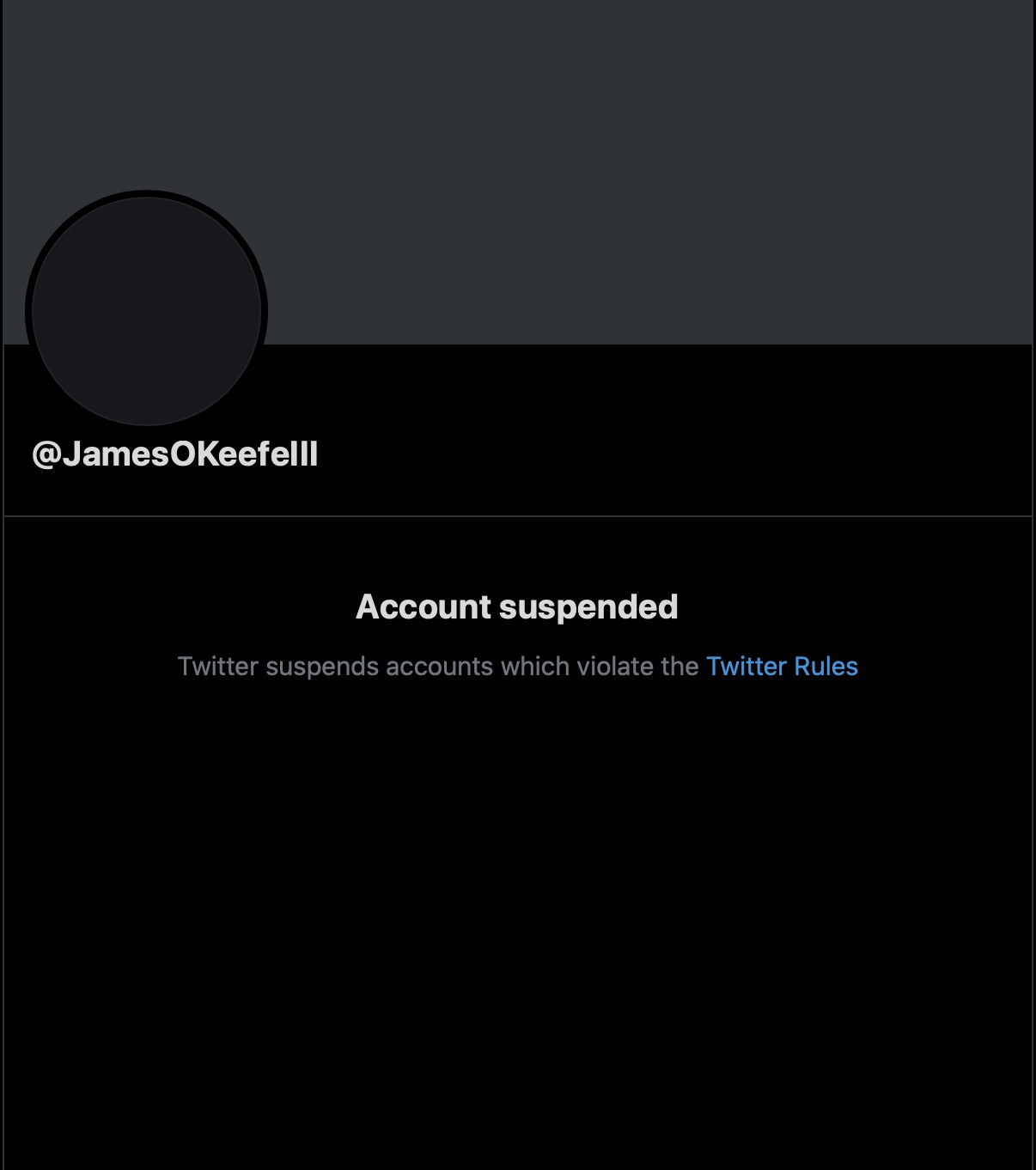 O’Keefe said it will sue Twitter for defamation in a statement to the Daily Caller.

“I am suing Twitter for defamation because they said I, James O’Keefe, ‘operated fake accounts.’ This is false, this is defamatory, and they will pay. Section 230 may have protected them before, but it will not protect them from me. The complaint will be filed Monday.”

Project Veritas released video footage that appeared to show CNN Technical Director Charlie Chester describing the network as “propaganda” which focused on getting former President Donald Trump out of office.

Chester appeared to describe how the network framed President Joe Biden as “a young geriatric” while trying to portray Trump as ill.

“We were creating a story there that we didn’t know anything about. That’s what – I think that’s propaganda, you know?” Chester allegedly said, according to the video footage.

“Trump was, I don’t know, like his hand was shaking or whatever I think. We brought in like, so many medical people to like all tell a story that, like, it was all speculation – that he was like neurologically damaged, that he was losing it. He’s unfit to, you know, whatever,” he appeared to say.

This isn’t the first time O’Keefe has had his account suspended.

Project Veritas and O’Keefe both had their accounts suspended back in February for allegedly posting private information. At the time Twitter said in an email obtained by the Daily Caller “You may not publish or post other people’s private information without their express authorization and permission.”

Twitter cited the tweet as violating their rules “against posting private information,” according to the email from Twitter to Protect Veritas. The accounts were reinstated after the tweets were deleted.