The Biden administration appeal hinges on a 2016 Obama-era interpretation of a nondiscrimination clause of the Affordable Care Act, resulting in a mandate that did not include conscience or religion exemptions. The mandate required doctors and hospitals to provide transgender surgeries upon a mental health professional’s referral.

“Can anyone name a single thing about Joe Biden’s Catholicism that makes him different in any way from the radical left?,” Burch asked the Daily Caller News Foundation. “He’s now in favor of forcing Catholic doctors to violate their own medical judgment and deeply-held religious beliefs.”

“Joe Biden may have grown up as a ‘devout’ Catholic, but it sure seems like he is transitioning into something else,” Burch said.

Despite Biden’s frequent references to his faith, and common media praise of the president’s Catholicism, the former vice president has drawn criticism for supporting and advocating for policies which the Catholic Church explicitly opposes. (RELATED: Catholic Church Grapples With Pro-Abortion, Catholic President Biden) 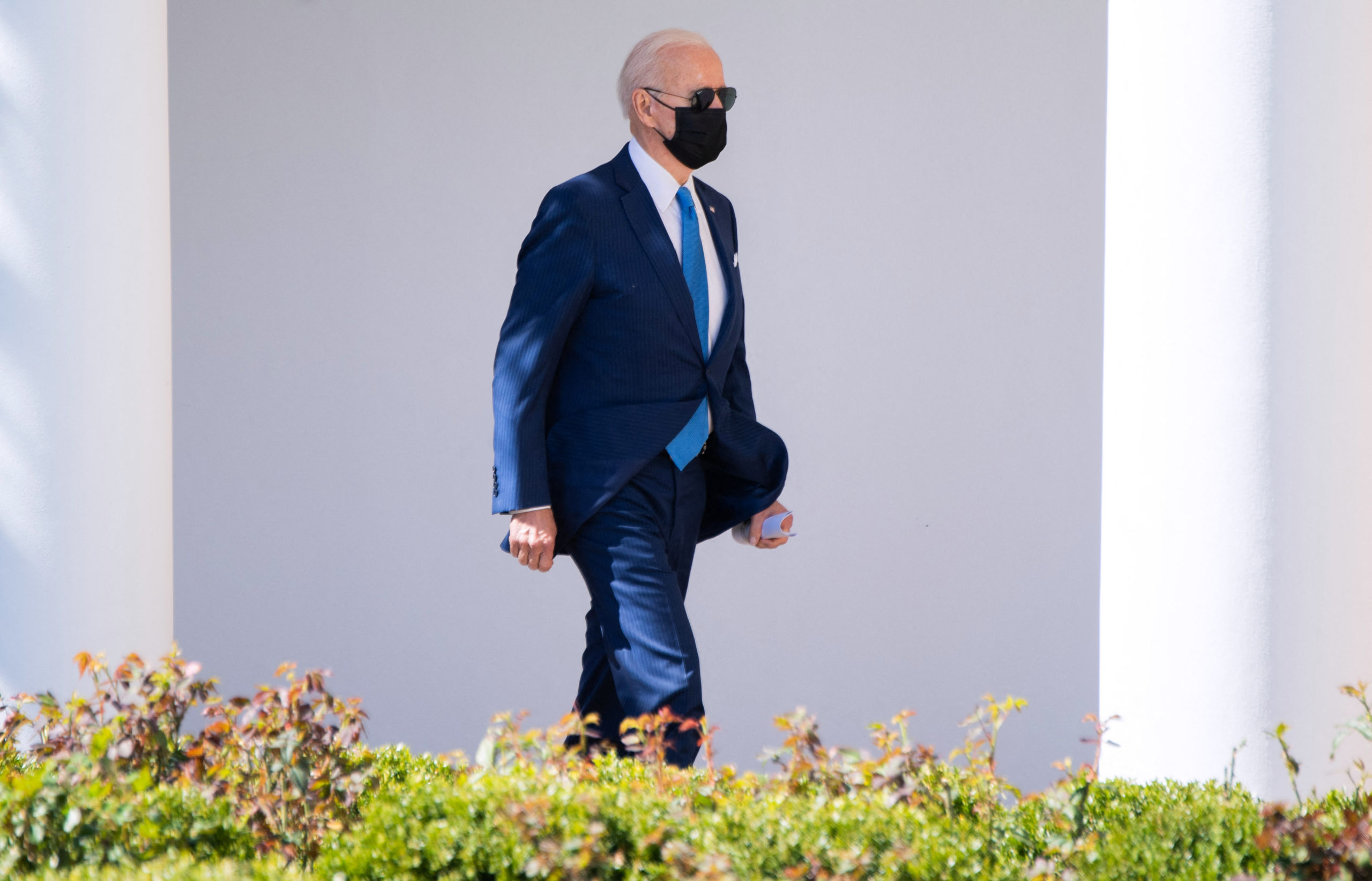 US President Joe Biden walks alongside the West Wing Colonnade as he prepares to depart on Marine One from the South Lawn of the White House in Washington, DC, March 26, 2021, as he travels to Wilmington, Delaware for the weekend. (Photo by SAUL LOEB/AFP via Getty Images)

During his very first days in office, Biden promised to revoke the Mexico City Policy, which prevents federal funds from going to abortions abroad, and vowed to make Roe v. Wade the law of the land. (RELATED: Biden Admin Reverses Trump’s Ban On Using Aborted Fetal Tissue For Taxpayer-Funded Research)

Last week, the Biden administration announced it is lifting the Food and Drug Administration’s former restrictions on abortion drugs, allowing the abortion pills to be delivered by mail during the coronavirus pandemic.