Corporate media outlets have long been accused of promoting misinformation in coverage of major news events, and as trust in the media continues to fall, polling data shows just how disconnected liberal media narratives often are from the facts.

For the first time, less than half of all Americans said they trust traditional media, according to polling data from the communication firm Edelman’s annual trust barometer. Among those polled, 59% of respondents said traditional media is “purposely trying to mislead people by saying things they know are false or gross exaggerations.”

News coverage of recent trends including police killings of unarmed black people, the COVID-19 pandemic and Russia appear to have followed a similar pattern: corporate media outlets promote false or exaggerated stories and polling data in turn shows liberals are more likely to believe in misinformation about those trends.

The Washington Post called police violence is a “public health problem” in a June 2020 story, while other corporate media including CBS News and The New York Times used the term “pandemic” when referring to police killings of unarmed black people. 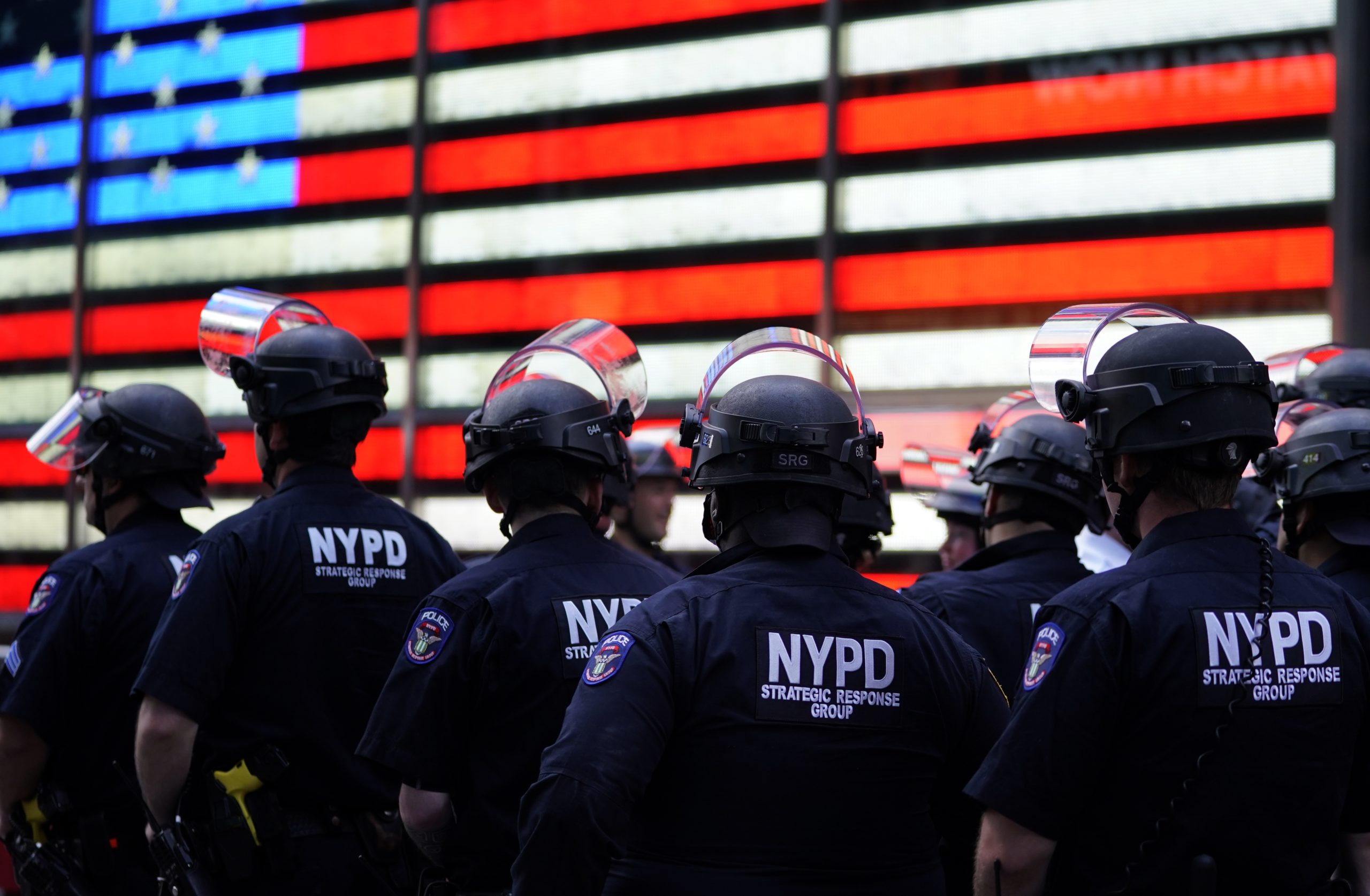 The COVID-19 pandemic is receding in much of the country as Americans are being vaccinated at an accelerated pace, according to the Centers for Disease Control and Prevention (CDC). But corporate media outlets are still running misleading stories about the pandemic and states where mask mandates and other restrictions have been lifted in recent weeks.

MSNBC contributor Steve Benen accused Abbott and Republican Mississippi Gov. Tate Reeves of pretending the “pandemic is over” after the two states ended their mask mandates.

Pew Research Center polling conducted in February found 83% of Democrats said COVID-19 was a “major threat” to public health compared to 41% of Republicans. 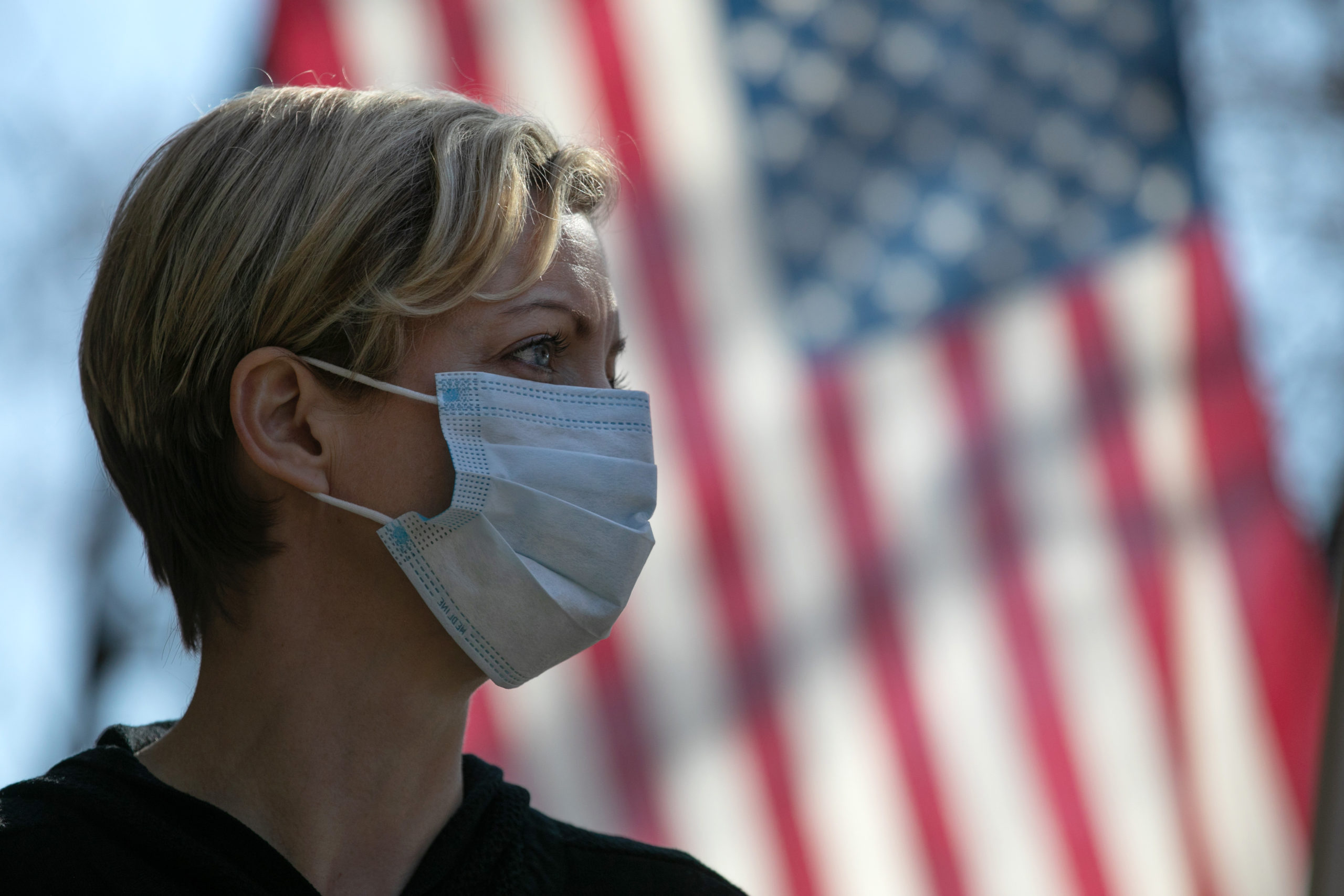 Additionally, 93% of Democrats said large public gatherings should be avoided, and 57% of Democrats in states without a mask mandate said there should be more restrictions.

Democrats and Republicans also disagreed strongly over whether K-12 schools should remain closed for in-person learning, according to the Pew Research Center. Among those polled, 66% of Democrats supported keeping schools closed compared to just 25% of Republicans.

But CDC data shows the number of COVID-19 infections in Texas, Mississippi and other states have decreased since mask mandates and other restrictions were lifted. (RELATED: NBC Reports That Fewer Cases In States With Less Restrictions Has Health Officials ‘Scratching Their Heads’)

Additionally, multiple studies have concluded that schools are not a major vector for COVID-19 infections and children are far less likely to transmit the disease in school settings. One school district in Ohio has kept all schools open for thousands of students since August, and recorded a positivity rate below 2%.

Corporate media’s apparent obsession with Russia, including its interference in U.S. elections and alleged collusion with former President Donald Trump’s campaign, has produced a seemingly endless list of corrections and retractions.

NBC News warned in an October 2020 story that Russia could interfere in the 2020 election by shutting down the power grid, locking up election computers and even tampering with voter rolls.

An NPR/Marist poll conducted in September 2018 found 32% of Americans believed a foreign country would tamper with election results during the 2018 midterms. A majority of Democrats said the U.S. was “not very prepared” or “not prepared at all” to keep the midterms safe and secure.

A woman uses an electronic voting machine at a polling station on October 29, 2020 in Washington, DC (Nicholas Kamm/AFP via Getty Images)

But there was no evidence Russia or any other country manipulated or attempted to manipulate the vote count in either the 2016 or 2018 elections, according to NPR. Election officials also said they were worried that an intense focus by the media on Russian election interference was eroding public confidence in the electoral process.

The New York Times alleged in a June 2020 report that Russia secretly offered bounties to reward Taliban-linked force for killing U.S. and coalition troops in Afghanistan. The Washington Post gave Trump “four Pinnochios” for dismissing the allegations as “fake news,” and top Democrats hyped up the report as an excuse to criticize Trump.

A Reuters/Ipsos poll conducted in July 2020 found 60% of Americans found the Russia bounty story to be “very” or “somewhat” believable.

But U.S. officials under the Biden administration said earlier in April that the intelligence community only had “low to medium” confidence that Russia put bounties on American troops in Afghanistan. White House press secretary Jen Psaki offered no apology on behalf of President Joe Biden, who also promoted the dubious story.