Around 1,000 migrants were flown to San Diego, California, under the impression they were going to a shelter and instead were deported to Tijuana, Mexico, The Boston Globe reported Saturday.

Hundreds of migrant families, mostly comprised of women and children from Honduras and Guatemala, who attempted to enter the U.S. illegally were removed from the country and released into Mexican border towns where they’ve stayed for weeks, the Boston Globe reported.

A dozen migrants who recently arrived at a Mexican border town said some immigration officials told them they were going to a shelter in San Diego, California, where they could contact family members, the Boston Globe reported. The migrants were instead bussed into Mexico, reportedly without being told.

“I feel tricked,” a 39-year-old mother from Honduras said, the Boston Globe reported. (RELATED: Mexico Planning To Build Shelters For Unaccompanied Migrant Minors Trying To Enter The US) 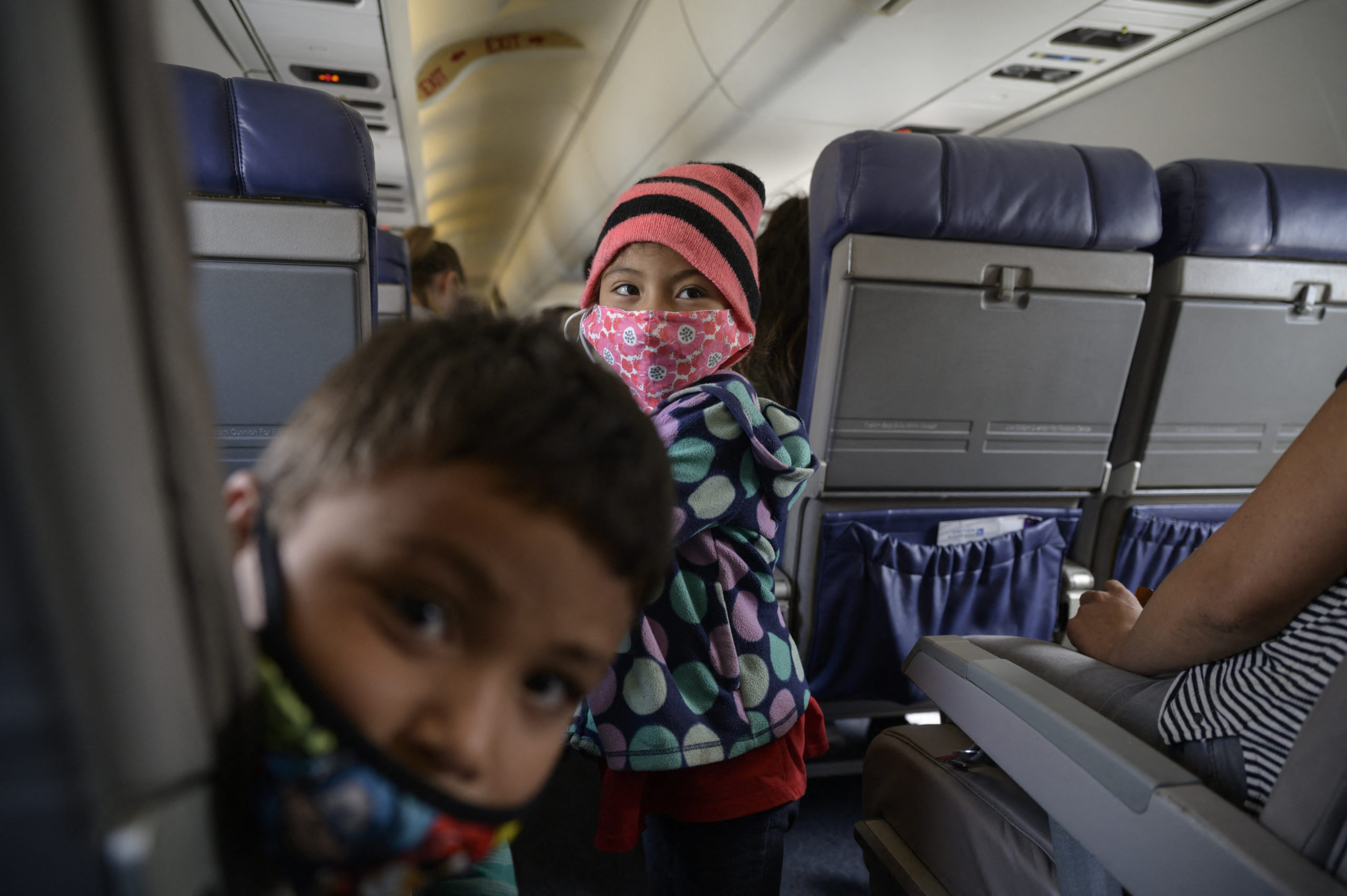 Siblings from El Salvador travel to Houston following their release from a US government holding facility for illegal migrants in McAllen, Texas. (Photo by ED JONES/AFP via Getty Images)

Migrants were told their belongings were garbage as border officials discarded them, Mayra, 40, told the Boston Globe. Migrant families boarded a plane to El Paso, Texas, where officials said they could connect with friends and family members in the U.S.

“‘Oh, you are fortunate because out of all the 500 people here, only you are going to get to call your families once you’re there,’” a border official said when a migrant asked where the group was going, Mayra told the Boston Globe.

Migrants said they were apprehended and held for days in southern Texas as officials collected biographical information and fingerprints without hearing their asylum cases, the Boston Globe reported.

“They tell us we can’t lie because it is a crime, and yet, they used lies to fool us,” a 28-year-old Honduran mother said, the Boston Globe reported. The women were not named for safety reasons, according to the Boston Globe.

“In order to process individuals as safely and expeditiously as possible, other sectors along the Southwest border are assisting by processing these subjects at their facilities,” a CBP spokesperson said, the Boston Globe reported. “Numerous operational considerations” are considered when transferring migrant families.

The Biden administration is allowing some migrants to enter the U.S. as the Trump-era Migrant Protection Protocols are rolled back, which requires them to remain in Mexico as their claims are processed, the Boston Globe reported.

“The majority of those apprehended at the southwest border are single adults who are currently being expelled under the CDC’s authority to manage the public health crisis of the COVID-19 pandemic,” Department of Homeland Security Secretary Alejandro Mayorkas said. Families encountered at the southern border are also subject to rapid removal under Title 42, the CDC order which allows border officials to rapidly expel most migrants.

CBP officials encountered over 172,000 migrants including more than 99,600 single adults and nearly 54,000 family units in March, according to the agency.